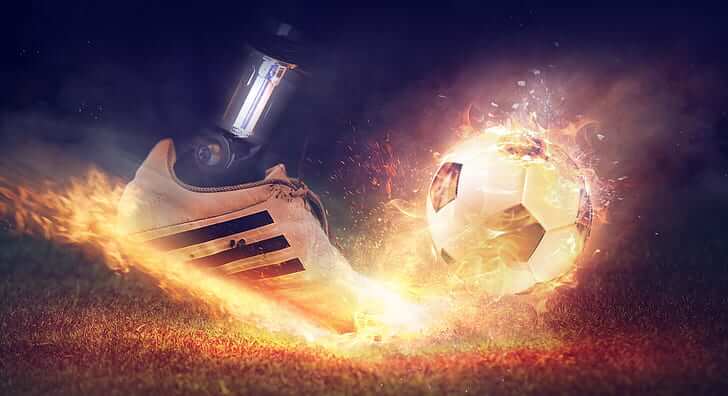 The second legs of the 2020/21 Champions League quarter-finals kick off on 13 April. Three teams from England as well as the two German representatives Bayern Munich and Borussia Dortmund and one team each from Spain, France and Portugal are still fighting for the crown in European club football.

The results from the first legs promise excitement for the upcoming encounters. Man City (2-1 at home against Dortmund) and Chelsea (2-0 away against Porto) both won their first legs and find themselves in good positions. Liverpool has to turn around a 1-3 defeat at Real madrid.

The Citizens snatched a late 2-1 winner by Foden in the first leg last week, after Dortmund had equalized in what has been a tight match. De Bruyne scored the opener in the first half.

Pep Guardiola’s team thus goes into the second leg with a slight advantage. But the semi-finals for City is by now way secured. Even a 1:0 would be enough for BVB to reach the next round. Moreover, City have proven several times in recent years that their knees can buckle in the Champions League even against supposedly weaker teams in the knockout phase.

In the Bundesliga, Edin Terzic’s team fought their way to a narrow victory at VFB Stuttgart (3:2). City suffered only their fourth defeat of the current Premier League season. They lost 1:2 at home to Leeds United.

Real Madrid is the most successful team in the Champions League. However, after the series victories of 2016-2018, they have remained pale in recent years. This season, Zinedine Zidane’s team is on the rise again. Against Liverpool, they dominated the first leg almost at will and ended up with a well-deserved 3:1 win. Liverpool will need another one of their Champions League gala performances to turn the tide.

Past weekend, they started turning things around against Aston Villa. Alexander-Arnold gave the Reds the chance to cheer in additional time after Salah had equalised before. Real Madrid were also successful. Early goals from Karim Benzema (13th) and Toni Kroos (28th) were enough to secure a 2-1 victory in the El Clasico against Barcelona.

FC Porto were the big surprise of the round of 16, knocking Cristiano Ronaldo and Juventus out of the tournament. Against Thomas Tuchel’s Chelsea, on the other hand, the Portuguese were largely pale. In London, Porto need at least two goals to reach extra time after a 2-0 home defeat. A seemingly unattainable goal: The Blues have conceded only two goals in 9 games in the entire Champions League season so far.

Tuchel and his team celebrated another victory in the Premier League past weekend. They won at Crystal Palace after goals from Havertz (8th minute), Pulisic (10th / 78th) and Zouma (30th). Porto also won their Tuesday night warm-up: Martinez (19th) and Taremi (83rd) ensured an easy victory against Tondela.

With the 3-2 from the first leg, PSG are now in an excellent position to take their revench on the tournament’s reigning champions. Bayern need a win with more than one goal difference or must score 3 or more goals and win to be able to think about the semi-finals.

Bayern Munich could not get beyond a 1-1 draw against Union Berlin during the weekend. Paris, on the other hand, warmed up for Tuesday’s top game with a 4-1 win at Strasbourg.

The semi-finals are scheduled for 27 and 28 April (first legs) and 4 and 5 May (second legs). The final will be played on 29 May in Istanbul, Turkey.

BT Sport has the exclusive TV rights for the Champions League 2020/21. You can find all the dates and broadcasts of the matches following our TV guide.