Cricket is a sport with very humble beginnings. It was first played in the fields of England by shepherds, as a way to pass the time as their sheep grazed the land. The game eventually gained popularity by the country's elite and is today considered to be a national game. Centuries after it was invented, fans from across the world enjoy watching cricket on tv, stadiums and in parks.

The bat and ball game is believed to have been invented sometime in the 16th century. At first, it was mainly played by children and shepherds as a way to pass the time. As time progressed, the game gained popularity and its rules became more refined.

Unlike today's version of the game, centuries ago the ball was bowled underarm by the bowler, all the way on the ground through to the batsman. Today's bats would have been unrecognizable at the time, with primitive crickets bats resembling hockey sticks.

By the 17th century, cricket became a popular sport around England, and beyond. Thanks to the proliferation of the Empire, the sport was exported by seamen to the colonies and other parts of the globe.

By the 18th century, the upper classes of British society took an interest in cricket. This led to more organized events being held, as well as formal rules being applied to the game. One of the first known events was held in 1730 at the Artillery Grounds in Finsbury, London.

A few decades later, the first proper British cricket club opened its doors. The Hambledon club was made up of fishermen and tradesmen, but it developed key techniques in bowling and batting which are still in use today.

By the 20th century, cricket competitions were being held throughout the year, across the country. With the introduction of radio and television, audience numbers rose. Today it is possible for fans to catch the latest live cricket on tv.

The game of cricket started gaining fame across the British Empire during the 16th and 17th centuries. Today, countries such as India, New Zealand, South Africa, and Australia all have an energetic cricket community numbering in the millions of players and fans.

The USA too, perhaps surprisingly, has fallen in love with the game. This is understandable since the colonies were once under British rule. Another reason is due to the fact that cricket resembles Baseball in many respects.

Another reason for the sport's international success in recent years is due to the easy access offered to viewers around the globe. With today's technology, practically anyone can watch live sport on tv whenever and wherever they are.

Normal cricket matches are played between two teams of 11 players each. After a coin toss to decide which team will be the first to bat, the game begins. The objective of the sport is for one team to get a higher score than their opponents.

The main roles in cricket are the Batsman, the Bowler, and the Fielder. The Batsman scores runs of the balls bowled by the opposing team's Bowler, who, in turn, tries to get the Batsmen out by bowling the ball in such a way that it doesn't get hit. The remaining team members are known as Fielders, and it's their duty to help the Bowler and stop the Batsman from scoring runs.

Cricket takes on two formats known as One Day Cricket and Test Cricket. In One Day Cricket, each team gets a maximum of 300 balls to score runs. In Test Cricket, the game lasts five days with each team batting twice. Needless to say, fans of the game prefer watching live cricket on tv when it's a One Day format and just the highlights when its in the Test format.

One of the most memorable events of the sport watched by millions around the world occurred in 2006. During the 5th One Day International match between Australia and South Africa, the fans in the stadium and those watching live cricket on tv witnessed the breaking of several records, including the first and second team innings score of over 400 runs.

Another worthy event happened in 1999, when India's Anil Kumble captured all 10 Pakistani wickets in the second innings, setting a new world record. Another Indian cricketer known for breaking records was Bapu Nadkarni, who, in 1964 bowled 131 consecutive Dot Balls, without a single run in between.

Although it is a very old sport, cricket is still winning the hearts and minds of new fans across the world. The game's simple rules make it fun to play by amateurs and professionals. Those who enjoy watching live sport on tv have an opportunity to catch a variety of cricket matches and tournaments almost daily, broadcast directly from the four corners of the globe. 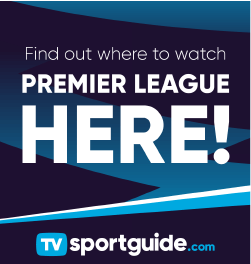