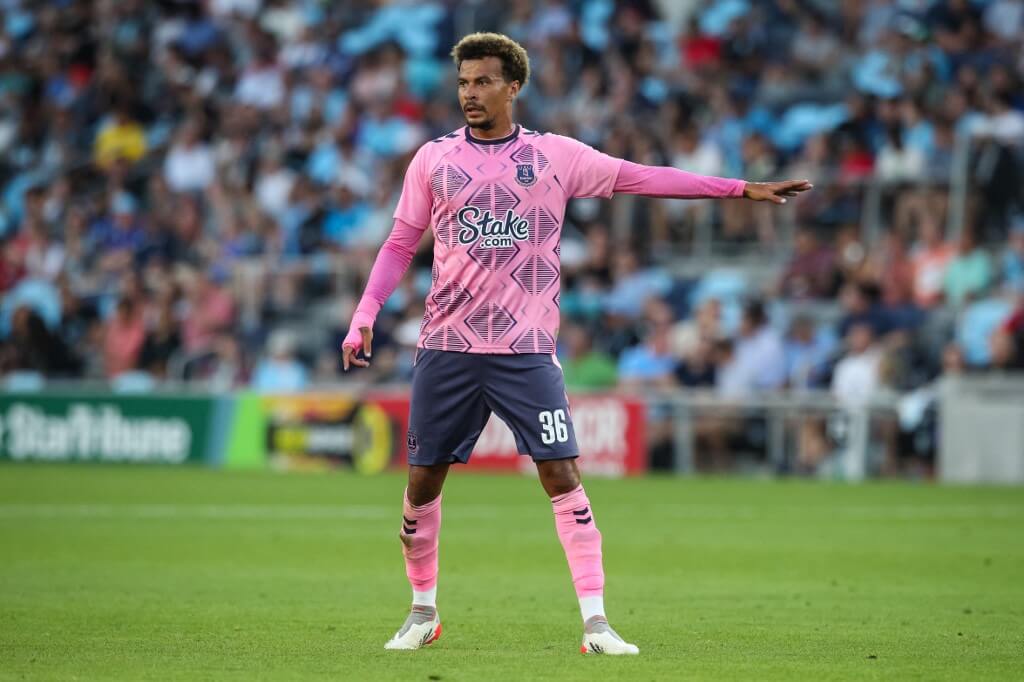 Everton host Nottingham Forest at the famous Goodison Park in their third Premier League game of the season. After a mixed start and a less than disappointing transfer window, Everton could well be in a relegation battle come May.

The same can be said for Nottingham Forest, aside from transfers. They have spent big in the window and have a squad that could easily be Premier League worthy. But, if they can’t bounce back from their rocky start, Forest could be dragged into the relegation battle too.

The points these two sides have won or lost will come under evaluation at the end of the season. This fixture could be one we return to. It’s the Premier League, every point counts…

After losing the likes of Richarlison to Spurs and Calvert-Lewin through injury, the odds have been stacked against Everton.

They have a core squad that is most definitely Premier League worthy, but they are missing that man who can push his team’s quality further. Such as Richarlison and James Rodríguez.

There is still time left for Everton to make that all important signing, or they may just wait for DCL to return.

The first two games of the season have been lacklustre for Frank Lampard’s side, losing to Chelsea at home in the first (Everton have an excellent recent record vs Chelsea) and then losing 2-1 away at Villa Park.

There have been signs of promise but two defeats on the bounce will most definitely knock the confidence of this young Everton side. The Toffees will need to bounce back against Forest to relieve some of the pressure.

The Everton vs Nottingham Forest odds are in favour of a positive result for Lampard’s men. They are 17/20 to win. A win with both teams scoring is 57/20. Which could be tasty in a parlay on 888Sport.

Nottingham Forest need to settle in

Nottingham Forest need to begin to settle in England’s top division. They have assembled a fresh squad with plenty of new recruits, but it can take time for new players to gel. Fulham have been victims of this in the past, money can’t buy togetherness.

They showed signs of a team worthy of survival with a spirited 1-0 win against West Ham. It’s not the first time they’ve got one over West Ham either. They managed to seduce former West Ham man Jesse Lingard to join Forest over re-signing for them.

New signing Taiwo Awoniyi has begun making an impact, he was the scorer in the victory against West Ham and the Forest faithful will be hoping it’s one of many!

With the talent the squad possesses, there’s no reason they can’t beat Everton and after the win against West Ham, they’ll believe it even more.

The Everton vs Nottingham Forest odds are in favour of the Evertonians, but don’t write off Forest.

Despite the odds being in favour of Everton, I think that it’ll be Nottingham Forest who come out on top. After a massive victory against West Ham, they will be very confident, while Everton lost to Aston Villa.

Everton will pose a threat and will likely score a goal, even if they lose. I can see a Nottingham Forest win with both teams scoring. The odds of this are 59/10 via 888Sport!

Will the Toffees finally get off the mark? Or will Forest continue their impressive start? Find out on Saturday the 20th of August.