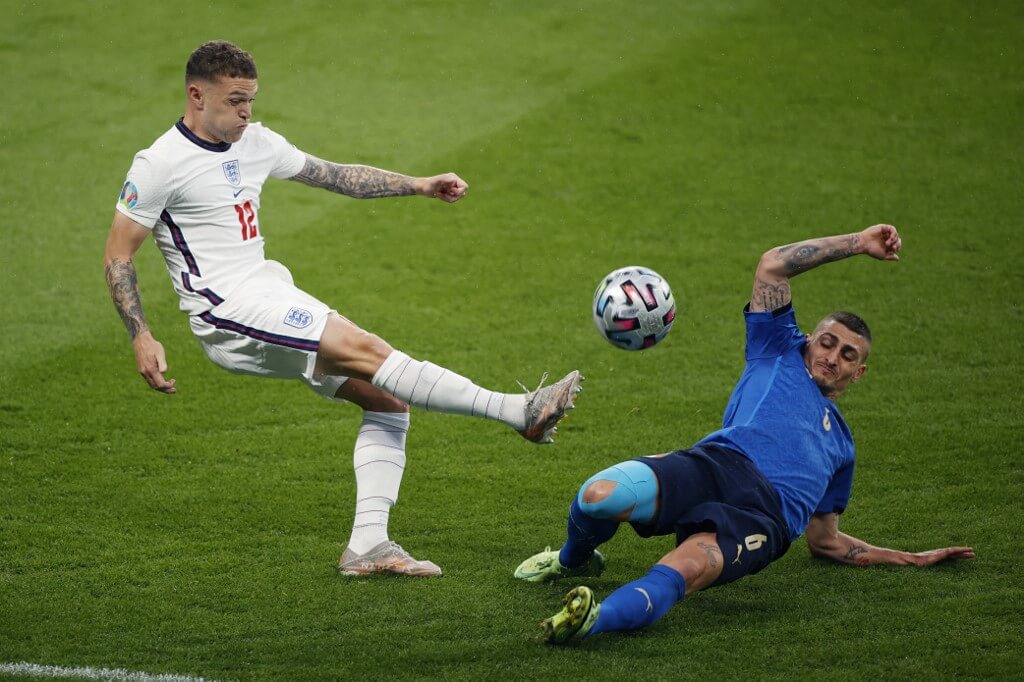 The group stage of the Nations League draws to a close this month with England hoping to end a stuttering campaign on a high note as preparations for the World Cup in Qatar begin to ramp up.

England failed to win any of their four group games in June, prompting complaints about manager Gareth Southgate, but Italy have not hit top gear either and sit in third spot, a place above England.

Italy v England odds suggest a tight game – it was 0-0 when these two teams played earlier in the summer – but where is the best value to be found in the Italy v England betting odds to win?

Italy are in a strange period of transition, having won the delayed European Championship last summer but then failed to qualify for the World Cup for the second successive time.

A World Cup without Italy feels incomprehensible and two in a row without the Azzurri is unprecedented, leaving coach Roberto Mancini to rebuild as many of his older stalwarts have retired.

Mancini will be without influential midfielder Marco Verratti after he was injured playing for Paris Saint-Germain shortly before the international break, while Leonardo Spinazzola is also out.

A 0-0 draw away to England was a tough watch with both sides seemingly tired after a long domestic campaign. With Italy not having the World Cup to look forward to, Mancini is likely to use this game as a chance to experiment and check out some more options in the attacking positions in particular, though a 5-2 loss to Germany in their last game indicates a need to tighten up at the back too.

England and Italy have played out four straight draws, though the Azzurri triumphed on penalties to claim the Euro 2020 crown last summer. Another draw feels likely here – that is 21/10 with 888Sport.

England’s summer form was disappointing compared to their run to the Euro 2020 final, with Southgate struggling to get cohesion from a tired group of players following a long, draining season.

England started their Nations League campaign with a defeat away to Hungary, then drew in Germany before a stalemate against Italy. A 4-0 loss at home to Hungary then marked the lowest note of Southgate’s long time in charge of the Three Lions, who will seek to bounce back here.

The success of England under Southgate has been built on a solid back line, but conceding six times and scoring just once in their four summer Nations League games hints at issues at both ends.

There is a huge question mark over the selection of Manchester United defender Harry Maguire. The Red Devils captain has lost his place at club level after a long period of poor form, but has been a key part of the back line in England’s run to the Euro 2020 final and semi-finals of the last World Cup.

Southgate has recalled Tottenham defender Eric Dier for this month’s matches while there could be a chance to shine for AC Milan centre-back Fikayo Tomori on his home ground. Tammy Abraham, who has impressed since leaving the Premier League for Roma, is another who could get his opportunity.

A goalfest feels extremely unlikely here, with Italy in transition and England having an eye on Qatar. The 8/13 with 888Sport on under 2.5 goals is not a huge price, but seems set to land for this one.

The Nations League has not been good to either Italy or England this year, with both teams in danger of being relegated from League A unless they perform better in their September fixtures.

But how much either side will be motivated by this competition remains to be seen with Italy in experimentation mode and England tweaking their formula ahead of the World Cup.

The draw looks good value in the Italy v England odds at 21/10 with 888Sport, which has under 2.5 goals at 8/13. The last four games between these sides have all been draws with under 2.5 goals.

Three of those four games ended 1-1 and the same scoreline appeals at 19/4 with 888Sport as well.

While he is not guaranteed to start, Tammy Abraham to score may be of interest as a player prop bet – the former Chelsea striker will know the weaknesses of Italy’s players due to being in Serie A.