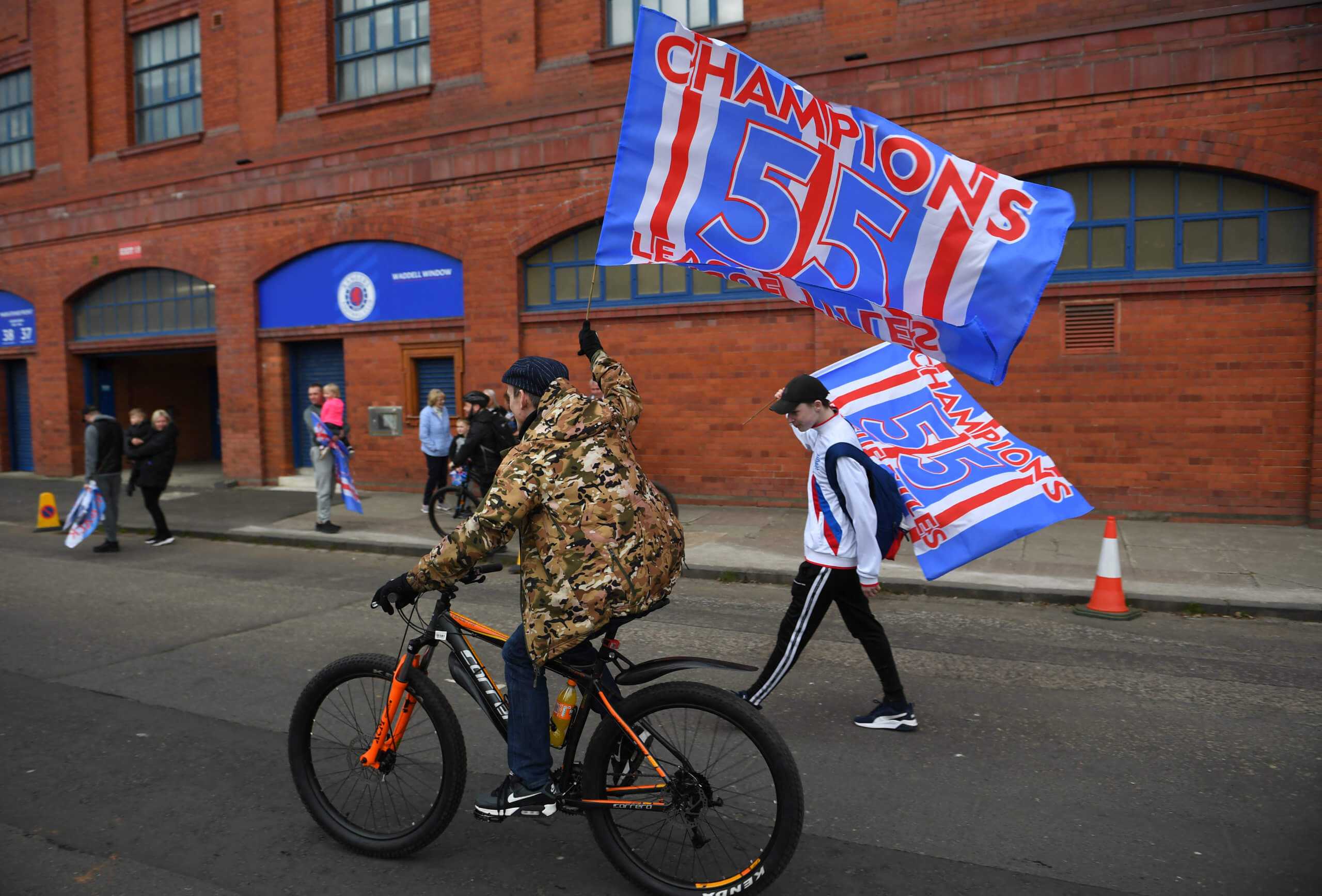 Old Firm stands for religion, community differences and the eternal fight for the title as well as the claim to be the biggest club in Scotland. All these factors will play a major role when the two great Glasgow clubs meet for the 425th time. However, the main focus on Sunday at the Old Firm 2021 will be on one fact above all: the return of the Glasgow Rangers to the top of Scottish club football.


So why is this game so important to the Scots, the Irish, the English and even some US Americans? Well, both clubs embody more than football. They are symbols of a polarising and ancient conflict.

We explain why this match is considered by many to be the greatest football derby in the world. Old Firm rises again this Sunday, 2 May at 12 o’clock. Are you ready?

Rangers and their belonging to the United Kingdom

Rangers fans have always been great supporters of the United Kingdom and belonged to the Protestant part of Glasgow. At the same time, Protestant faith and philosophy is closely associated with the Scottish upper class. This is one reason, among others, why this polarisation in Scotland has led to tensions between the two groups, as many Celtic fans in particular are in favour of Scottish independence.

Rangers are based at Ibrox Park, in the west of Glasgow, which is considered a “posh” neighbourhood. And to this day, Ibrox Park stands for the unity of Great Britain, which was also shown in the big referendum in 2014.

The typical Celtic fan is Catholic and stands for an independent Scotland. They distance themselves from the British and see themselves as Scots – similar to Northern Ireland and Ireland – or Celts.

The east of Glasgow is home to many Irish immigrants who came to the city during industrialisation. Hence, the area where most Celtic fans accumulate is more associated with the working class and the struggle against the Protestant upper class. Many Celtic fans feel betrayed after the 2014 vote and the fight between both groups (Old Firm) is still very much alive.

Old Firm 2021: The resurgence of a giant

The Old Firm may not offer the world-famous superstars that meet in an el Clásico, for example. Nor might the encounter compare to the colourful Superclásico in Buenos Aires. However, it is almost certainly a highly influential derby.

Additional explosiveness is currently being brought to the Old Firm by the sporting happenings. After winning the championship in 2011, the Rangers had to file for bankruptcy in 2012. This was followed by forced relegation to the fourth division. Four years later, they were promoted back to Scotland’s top division. In the meantime, Celtic had established themselves as the top dogs in the championship race and were able to celebrate 9 championships in a row until last season.


The tenth title in a row, which would have meant a new record, remains elusive for Celtic. Under Liverpool legend Steven Gerrard as coach, Rangers actually managed to stop Brad Stevens’ team, which had been overpowering in recent years, this season and win their first championship since 2011.

Therefore, the Green-Whites will certainly not be hosting a victorious celebration after the season is over. However, they certainly don’t want to let their arch-rivals walk away from the season undefeated. 29 wins and 6 draws – that is the record of the prospective champions. After Old Firm, only two games against Livingston and Aberdeen are on the agenda for the Rangers. The feat of a season without defeat has only been achieved three times in Scottish League history: Celtic in 2016/17 and 1897/98, as well as Rangers in 1898/99.

Are you ready for the most explosive derby in the world? Tune in to football live today and be there when the kick-off whistle blows in Glasgow. Sky Sports (Main Event and Football) will broadcast the Old Firm on Sunday from 12:00. Furthermore, you can stream it on Now.