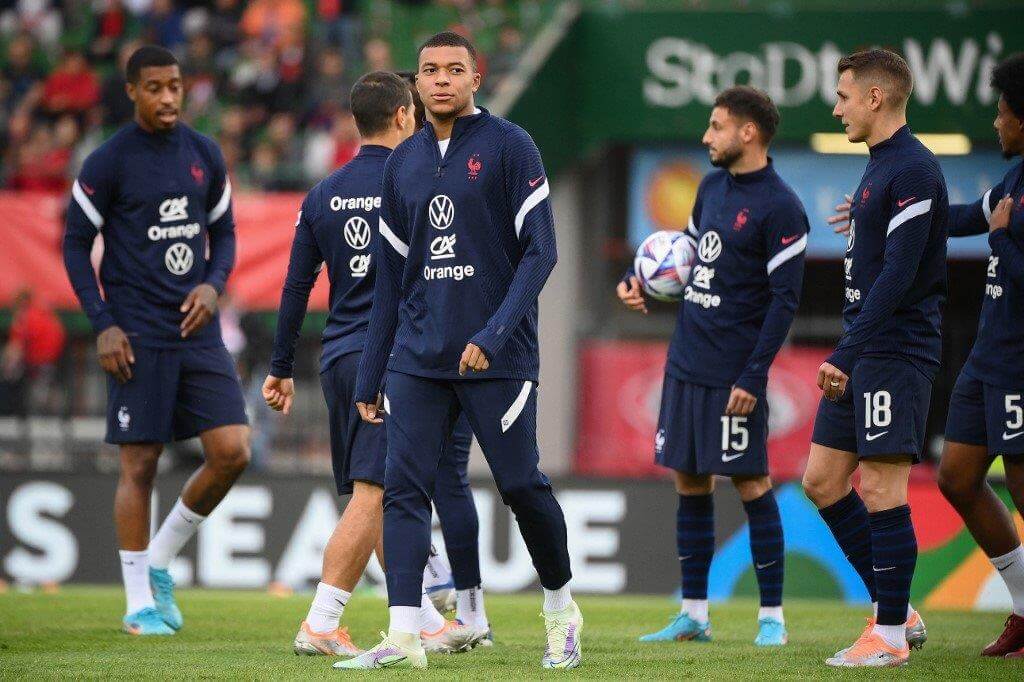 France have already booked their place in the round of 16 and the holders can make sure of topping the table by avoiding defeat against Tunisia, who have to beat Les Bleus to have any hope of going through.

Denmark must win against Australia and the Socceroos also need three points from the last group game to progress, but where is the best value from the World Cup Group D matchday 3 betting odds?

With France having already secured their place in the next round, coach Didier Deschamps could take the chance to rest some of his players ahead of the tests to come. Les Bleus only need a draw to make sure they will go through as group winners and theoretically secure an easier last-16 tie.

The injury to Lucas Hernandez in France’s opening group game opened the door for his brother Theo to come into the side, with the younger Hernandez excelling since being given his opportunity. Raphael Varane is not yet fully fit and could drop out of the defence to give William Saliba a run out for this one.

France have also not particularly missed the absent Ballon d’Or winner Karim Benzema, with Olivier Giroud doing a fine job as the Real Madrid man’s replacement. Kylian Mbappe is on record as saying he enjoys playing with Giroud and the proof is in the pudding – he has three goals in two group games.

Mbappe could be given the day off by Deschamps but, if named in the team, he is a standout option from the player props markets in the World Cup Group D matchday 3 betting odds. Mbappe is 23/20 to score any time with 888Sport, which is good value as he has scored in both group games so far. Mbappe will be keen to play as he is one of the names in the frame to win the Qatar 2022 Golden Boot.

France might take their foot off the gas against Tunisia but the gulf in class between the sides should show. As Tunisia failed to score in their opening two World Cup games against Denmark and Australia, it is hard to see how they could pick up a positive result against the defending world champions here.

Les Bleus to win at 4/7 with 888Sport is quite short, but 31/20 for France -1 on the handicap market appeals. As both teams have scored in only one of Tunisia’s last 17 internationals, it seems fairly safe to say that France should be able to keep a clean sheet too. France to win to nil is 27/20 with 888Sport.

The game between Australia and Denmark is something of a shootout, with both teams needing to win. Australia know three points guarantees they go through, while Denmark need to win and also hope that Tunisia do not pick up a surprise victory over the holders France in the other closing group game.

Denmark and Australia actually met at the 2018 World Cup, playing out a 1-1 draw. Many of the players likely to feature in the Qatar 2022 match between the sides will remember that game well. On that occasion, Christian Eriksen put the Danes in front but Mile Jedinak equalised for the Socceroos.

Australia’s 1-0 victory over Tunisia last time out was only their third ever World Cup victory. As such, it is easy to see why they are outsiders in the World Cup Group D matchday 3 betting odds, especially when Denmark reached the Euro 2020 semi-finals and were widely touted as dark horses in Qatar. But Denmark have struggled to get going, following a goalless draw with Tunisia by losing 2-1 to France.

As four of Australia’s last five matches have featured under 2.5 goals, it is clear that Socceroos coach Graham Arnold wants his team to be hard to break down. Denmark only scoring once in two games coupled with Australia netting twice means under 2.5 goals is a good selection at 17/20 with 888Sport.

With three of Denmark’s last four matches being  goalless at half-time – a trend that has been seen throughout Qatar 2022 to date – this is another potential way to find a winning wager out of the World Cup Group D matchday 3 betting odds. The 6/5 on a draw at half-time looks a strong value selection.

Australia seem undervalued, though there is no doubt Denmark are a stronger side on paper. Australia to win either half is worth a look at a good price of 12/5 with 888Sport for this Group D clincher. The 6/4 on the Socceroos double chance is another solid option for those willing to bet against Denmark here.