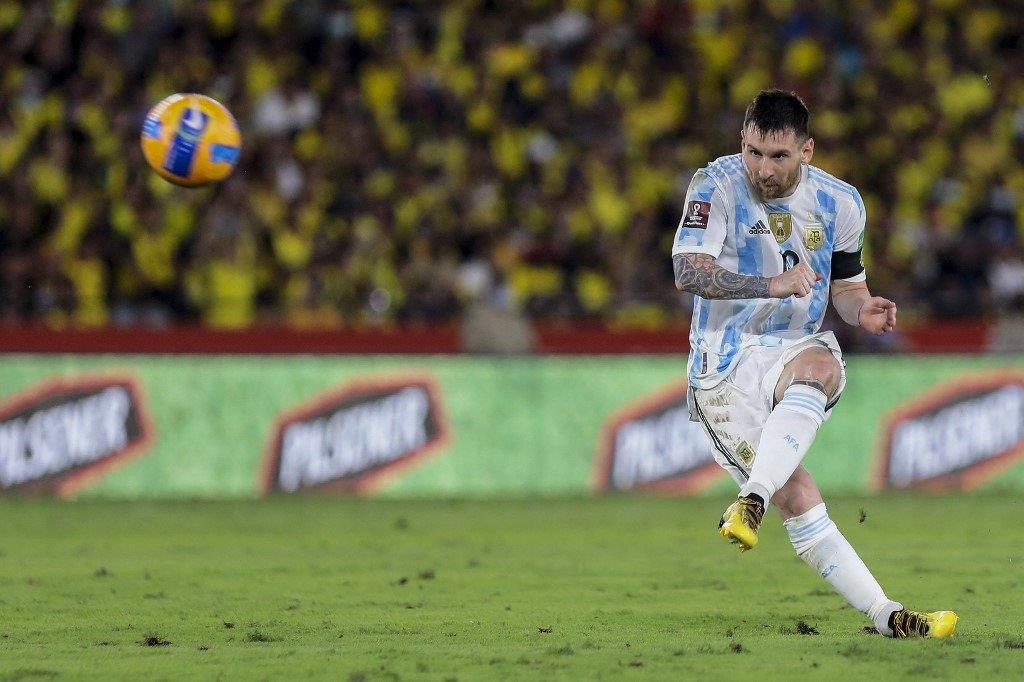 The round of 16 gets under way with a couple of intriguing ties, but Argentina and France are heavy favourites in the World Cup betting odds for their respective ties against Australia and Poland.

Lionel Messi’s bid to win the World Cup for the first time in his career remains alive after Argentina recovered from their shock opening group game loss to Saudi Arabia with a pair of wins to top Group C.

Beating both Mexico and Poland by the same 2-0 scoreline ensured that Lionel Scaloni’s men took their place in the round of 16, where they are strong favourites to knock out Australia. The Socceroos are in the knockout rounds for the first time since 2006, where they lost to Italy thanks to a late penalty.

Australia great Tim Cahill actually predicted before Qatar 2022 got under way that his side would face Argentina in the round of 16. Few believed him at the time, but Cahill’s prediction has come to pass.

Graham Arnold’s side showed heart even though they were outclassed by France in their opening game, recovering to beat both Tunisia and Denmark by the same 1-0 scoreline to move into the round of 16.

Many experts felt the lack of star names in the Australia side would count against them in Qatar, but Arnold has crafted a squad packed with heart and desire, advising them to steer clear of social media.

Some in the Australia camp have complained about the lack of preparation time for the game against Argentina on the back of a congested group stage schedule. Argentina have had even less time to get ready for this match, but it is unclear whether Australia’s titanic efforts to reach the last 16 could mean they end up running on empty at the Ahmad bin Ali Stadium in Al Rayyan.

Centre-back Harry Souttar has been in outstanding form for the Socceroos, but the step up in class will test the Stoke City defender and his team-mates with Messi appearing to be in a determined mood.

Argentina vs Australia odds at 888Sport

The Paris Saint-Germain superstar opened the scoring in both of Argentina’s first two group games and had a golden chance to make it three in a row when he was awarded a controversial penalty against Poland. However, Messi saw his effort from 12 yards saved, a blow in his bid to win the Golden Boot.

Regardless, Messi will still be of strong interest again on the player props markets for the Argentina v Australia World Cup betting odds. He is just 8/13 with 888Sport to score any time, with the same bookmaker offering a more tempting price of 23/10 for Messi to net the opening goal of the game again.

Julian Alvaraz is growing into the tournament and scored a fine clinching goal in the win over Poland. Scaloni is likely to select the Manchester City youngster in a central attacking role again. With a supply line of Messi and the brilliant Angel di Maria, Alvarez’s any time scorer odds of 6/5 definitely appeal.

With Argentina such strong favourites in the World Cup round of 16 betting odds – they are priced up at just 1/5 to win the game in 90 minutes by 888Sport – it is necessary to look elsewhere for value. Both teams head into the knockout rounds after successive clean sheets, so while Argentina’s attacking class is not in doubt, Australia certainly have the ability to hold them at bay and cause frustration.

Under 2.5 goals at 21/20 with 888Sport looks like good value. The 4/7 with 888Sport for Argentina to win to nil looks like the best value way to side with the favourites to come out on top against Australia here.

On the correct scores market, Argentina are offered at 4/1 with 888Sport to win 2-0 for the third game in a row at this World Cup. Adding Messi to score the first goal on a scorecast bumps that up to 45/4.

France and Poland had contrasting routes to the knockout rounds at Qatar 2022, with Les Bleus having booked their round of 16 spot with a game to spare, while Poland left it late to squeeze through.

A 2-0 defeat to Argentina on Wednesday night left Poland with a nervous wait to see whether or not Mexico would be able to beat Saudi Arabia by a big enough margin to snatch the runners-up spot.

But Saudi Arabia instead scored a late goal on the break to ensure that game finished 2-1, leaving Poland to finish second in Group C behind Argentina by virtue of having a slightly better goal difference. At one stage, it seemed like the disciplinary records of Poland and Mexico would decide which side progressed.

France, meanwhile, went down 1-0 against Tunisia with coach Didier Deschamps having rested most of his key players in the knowledge that the World Cup holders would probably top the group anyway.

The risk did not backfire and France moved through to the knockout rounds and ensured they remained on track for a potential blockbuster quarter-final against England, which would be played next Saturday.

First, though, the champions have to come through what could be a testing clash against Poland. According to the World Cup round of 16 betting odds, this should be a cakewalk for France but the knockout stages tend to deliver drama and it might not be as easy as France’s 2/7 odds to win suggest.

Kylian Mbappe is likely to return to the France lineup after being given a rest against Tunisia. Mbappe has arguably been the best player at the tournament so far and is among the favourites to win both the Golden Ball and the Golden Boot, having scored three goals already to sit joint top of those standings.

The absence of Karim Benzema due to injury means Olivier Giroud has stepped up. Giroud drew some criticism for his struggles in front of goal at Russia 2018, but Mbappe enjoys playing with the veteran and they appear to bring the best out of each other. Naturally, Mbappe is the favourite to score the first goal at 5/2 with 888Sport and his any time scorer odds of 5/6 look to provide decent enough value here.

Poland’s lack of goal threat is obvious – despite the presence of the brilliant Barcelona striker Robert Lewandowski as their attack’s leader – and they drew a blank in two of their three group games. Lewandowski did score in their win over Saudi Arabia, but missed a penalty in the draw against Mexico.

France vs Poland odds at 888Sport

It is therefore hard to see them troubling France’s defence, although it is worth noting that the defending champions are yet to keep a clean sheet at Qatar 2022, which might be worrying Deschamps.

France to win to nil at 3/4 with 888Sport is probably the best way to side with the strong favourites in the World Cup round of 16 betting for this one. France have the firepower to blow away Poland, who have reached the knockout stages of the World Cup for the first time since 1986, when they were battered 4-0 by Brazil.

A similar scoreline is not out of the question here given Mbappe has been in supreme form and seems to have his heart set on ensuring Les Bleus retain their crown. On the handicap market, there is definitely decent value in the 5/6 on offer at 888Sport for France -1, while it might even be worth taking on the price of 11/5 for France to win by at least two clear goals.

Other options for those wanting to side with the holders include the 7/4 for France to win both halves.