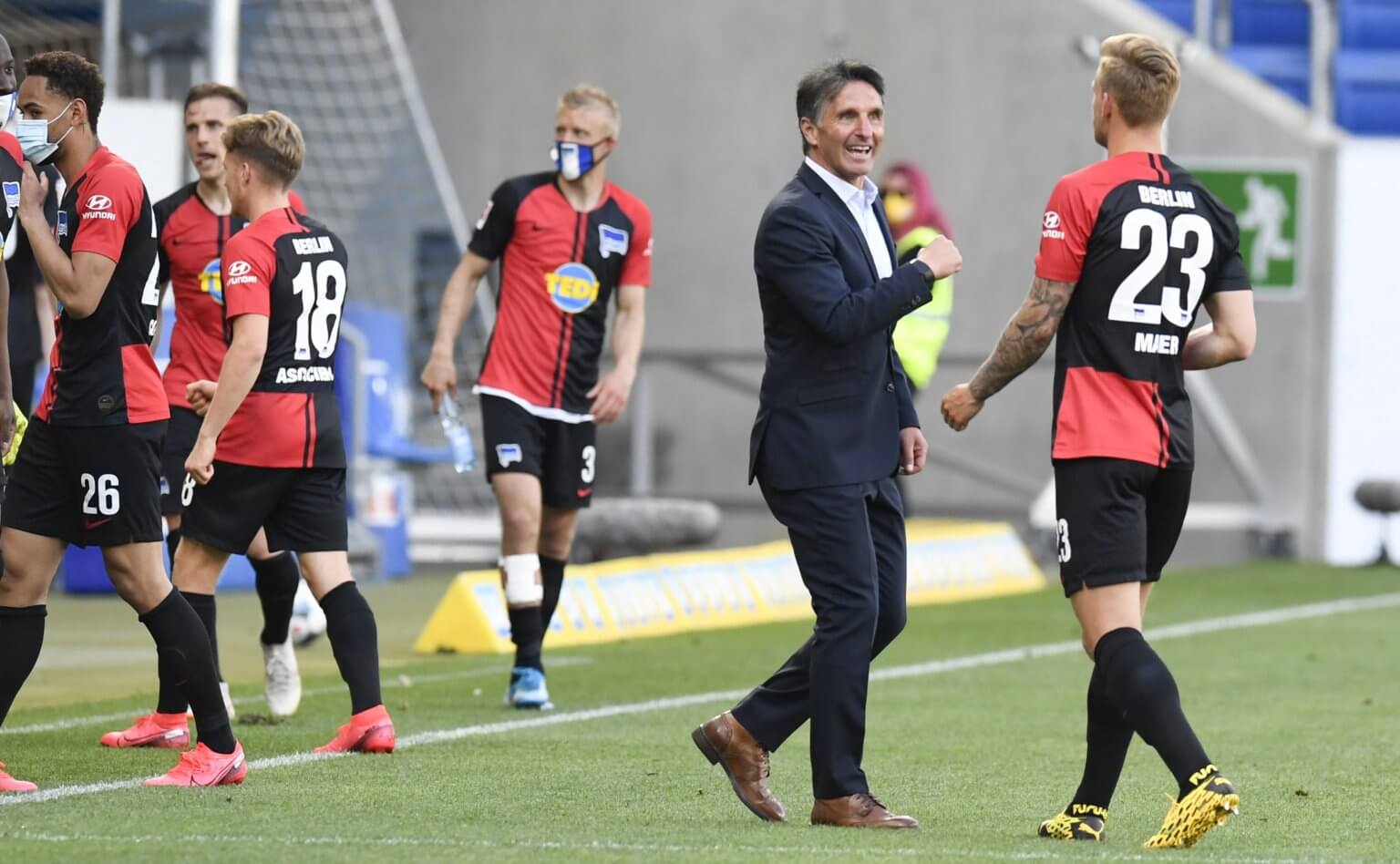 Bundesliga derby time: The 2nd week of Bundesliga action after resuming provides us with what looks like a unique Berlin derby.

Union Berlin have been somewhat of a revelation in their first season in the Bundesliga. They currently sit in 12th and are comfortably seven points clear from the relegation play-off spot.

Their quest to maintain their place with the Bundesliga’s big guns takes them across Germany’s capital, where local rivals Hertha Berlin await Friday night’s game.

Hertha find themselves just one point ahead of Union but go into Friday night’s game having failed to win in their last six home matches. Their win last weekend means they have now gone three matches unbeaten and they will be hoping to arrest their slide at home, where they have not won since December.

The encounter will be just the second time that both teams have met in the Bundesliga, the first of which came in November 2019. Newly-promoted Union were hosts on that occasion and went home with a full three points thanks to a narrow 1-0 victory.

The reverse fixture which finished 1-0 was a tight contest. We anticipate another tight one on Friday night but this time Hertha should come out on top.

What a cracker we have on our hands on Saturday afternoon as third placed Borussia Moenchengladbach take on fifth placed Bayer Leverkusen with just two points separating the two sides.

Gladbach returned to action with a commanding 3-1 win over Eintracht Frankfurt last weekend, placing them just two points behind second and six behind leaders Bayern.

They have been the third best home team in the Bundesliga so far, registering the third best expected goal difference and being a joy to watch with their vibrant and rapid attack causing problem to every opponent they face.

Leverkusen will surely pose a threat, as they are unbeaten in their last six and sit just two places below their opponents after easing past Werder Bremen on Monday.

They are without a doubt a side in excellent form and the fact that that Bosz’s team are just four points off second-placed Dortmund, means they can aspire at finishing in their highest finish in Germany’s top flight since claiming second in 2010-2011.

We should be in a treat on Saturday, as two of the league’s most exciting teams battle it out just after lunch time.  We’re tipping these evenly matched sides to share the points in a low scoring affair.

FC Cologne and Fortuna Duesseldorf face each other in the last game of the 27th Bundesliga round on Sunday evening. Both teams are currently in the lower half of the table with Cologne sitting in tenth place on 33 points, while Fortuna are in dangerous waters in sixteenth place with 23 points.

What is worth mentioning is that only three matches have been played in this century between these two sides. Two took place in 2013 – a draw and a Cologne away win, while Fortuna had to wait until the game from earlier this season to register victory over their opponents on Sunday.

Cologne been in great form at the turn of the year and have beaten strong sides Leverkusen, Hertha Berlin and Schalke by an aggregate score of 14-0 this season.

Fortuna are a cut below those teams and will struggle against Cologne having won only two of their thirteen away matches in this season’s Bundesliga.

We predict Cologne to take all three points.