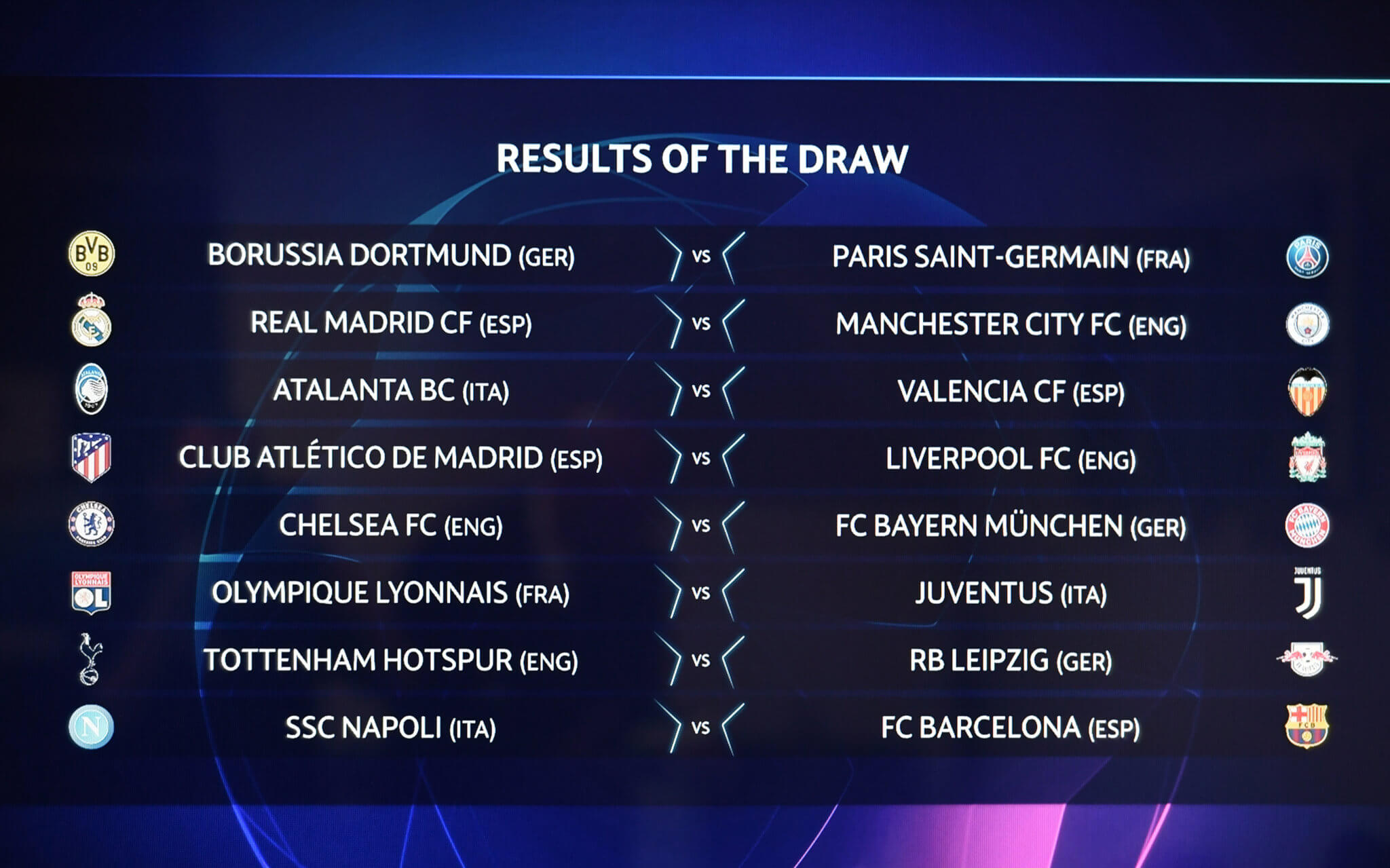 As we approach the end of the month and look forward to the next, we’ve got several exciting Champions League fixtures to look forward to. Here’s a breakdown of four exciting matches involving some of the UK’s top clubs.

These teams haven’t faced off since the 2009/10 UEFA Europa League semi-finals. Atlético ended up with ten points in this season’s group stage and this year marks the teams tenth UEFA Champions League campaign. It’s also the eighth time Atlético make it to the knockout stages.

However, having won only one out of their seven last matches in all competitions, it’s probably safe to say Atlético won’t enter this clash in perfect form. This will be the fifth time Atlético and Liverpool face-off, and last time Atlético reached a 2-2 draw in the 2010 Europa League.

But despite recent results, Los Rojiblancos still pose a real threat to Liverpool. After all, the team has reached two Champions League and three Europa League finals in the last ten seasons.

Liverpool are currently 25 points clear of Manchester City at the top of the Premier League table. As far as the Champions League is concerned, The Reds won Group E by 13 points. They’ve also come out victorious in nine of their last 12 European fixtures. That said, the team has lost seven of its last 13 UEFA matches outside England.

In summary, Liverpool are on a tear this season, while Atlético don’t seem to be quite the same as previous seasons. It’ll surely be an interesting clash at the Estadio Metropolitano in Madrid on Tuesday the 18th of February.

Although Tottenham have won their last three matches, the team’s results have been somewhat patchy up till this point. Before Match Day 3, the team had only won one of six games.

That said, The Hotspurs have shown resilience when playing at home. So far, they’ve won ten out of 14 home games, only drawing 0-0 against AC Milan. On Wednesday, we’ll see whether if Leipzig can cause an upset by handing The Hotspurs their fourth home defeat.

These two teams have a bit of history as they had their first clash back in the 2004/05 UEFA Champions League quarterfinals.

That time, the Blues won the first leg, only to have Bayern retaliate in the second leg. A few years later, Bayern came out victorious when the teams met in the 2013 UEFA Super Cup, and when the teams went head-to-head once again, in the 2012 UEFA Champions League final, Chelsea got a 4-3 penalty win.

Chelsea’s record going into the round of 16 is eight wins and five losses. The Blues have suffered defeat in their three last games, but so far, they’ve never lost a home game to German visitors.

This season, Bayern became the first German team to win all six games in the UEFA Champions League group stage. The team’s current Round 16 record is 11 wins and four losses. Furthermore, Bayern are unbeaten in their last 12 European away games.

On the 26th of February, Real Madrid take on Manchester City at the Estadio Santiago Bernabéu stadium in Madrid.

Real have won four of their last five La Liga matches, most recently drawing against Celta Vigo. Man City, on the other hand, have come up short in their last two games in the EFL Cup and Premier League.

This isn’t the first time these two teams go head-to-head, and previous match results have Man City as an obvious underdog. So far, Man City have managed to play two home draws against Real Madrid while losing both away matches.

On the 26th, Man City get a chance to redeem themselves by handing Real their first home defeat. However, that might be a hard feat to pull off, considering Madrid have only lost three of their last 49 UEFA Champions League home matches. This season, Madrid have finished second in their group for the third time in four seasons, and the teams record against English clubs is eight wins, six draws and two losses.

Man City have won 12 out of their last 21 European matches. The team finished seventh in Group C and have scored 30 goals in their last ten UEFA Champions League matches. This season marks Man City’s ninth UEFA Champions League campaign and the team’s seventh consecutive round of 16 appearance. We should mention that the Manchester team have never won a knockout game against a Spanish club in a UEFA competition.