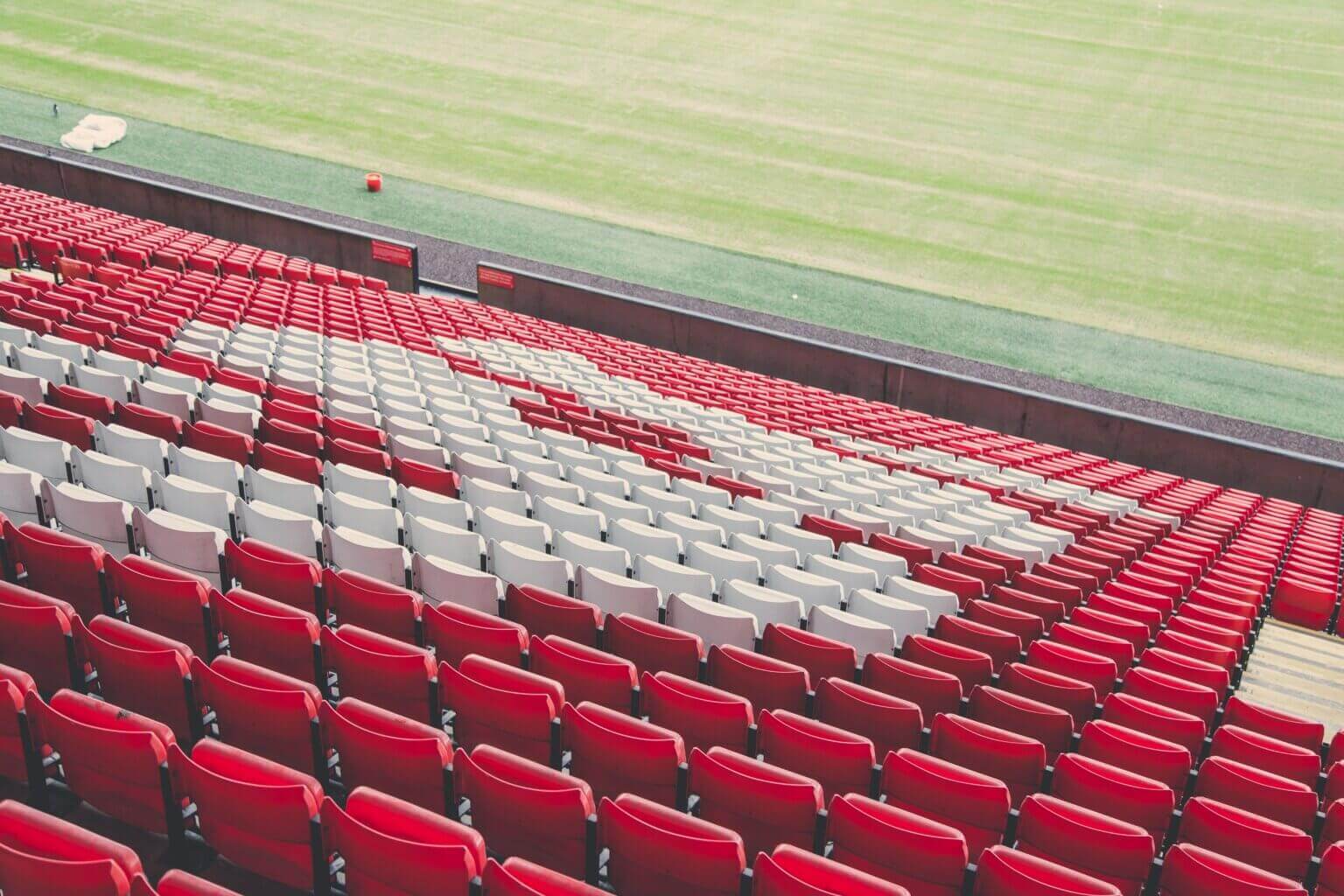 Liverpool have completed the signing of Uruguayan striker Darwin Nunez in a deal that equates to €100 million. He will be Liverpool’s record transfer, beating out Virgil van Dijk who signed for the Reds for £75 million from Southampton back in 2018. The forward will have plenty of pressure on his shoulders, something which is part and parcel of being Liverpool’s number nine. When you add a massive transfer fee on top, it only adds more pressure.

Nunez is one of Liverpool’s three signings, the other two being Calvin Ramsay from Aberdeen and Fabio Carvalho from Fulham. Both players with massive potential that need to get their heads down and work under Jurgen Klopp, if they want to achieve things at Liverpool.

Liverpool has a history of recruiting South American talent, especially in recent times. One of the best pieces of business they did was signing Luis Suarez back in 2011. He is also from the country of Uruguay, he also signed from a team outside of the top five leagues and was the same age as Darwin when he signed.

Very similar, and if Nunez can replicate any of Suarez’ success, Liverpool will be overjoyed. Suarez was absolutely phenomenal for the Reds, he scored goals for fun and some amazing goals too. The forward spearheaded Liverpool’s attack in the 2013/14 season, they finished just two points off the title in what was the closest the club had come to a PL title at the time. Suarez then held the record for the most goals in a PL season, he scored 31. It took another Liverpool player in Mo Salah to break the record, scoring 32 in the 17/18 season.

Jurgen Klopp would definitely be a happy man if he oversees a second player break that goal record. Could Darwin Nunez reach those heights for Liverpool?

Many clubs approached Benfica and Nunez’ agent when the transfer window opened, including PSG, Manchester United, and Newcastle. After his prolific season for Benfica, Nunez was hot property and wanted by a lot of the top European clubs. It seemed he turned down Manchester United and Newcastle United very early on in the transfer window as he declared that UEFA Champions League football was a must for him.

Man Utd were still keen to sign him and had Liverpool not been there, they probably would’ve. In the end it was an easy one for Nunez. Once Benfica accepted Liverpool’s bid, there was only one club on his mind. He flew straight to England for his medical and to sign his contract. It was clear from the beginning that his priority was Liverpool.

Liverpool winger Sadio Mané has left the club after 6 amazing seasons. He joined from Southampton back in 2016 and was one of Jurgen Klopp’s first Liverpool signings. He was expected to be a good player, but I don’t think anyone expected him to become one of the best players in the world. The Senegalese winger shocked us all with his immense talent, he’s won everything there is to win at Liverpool, bar the Europa League.

After the Champions League final, Mané expressed his desire to leave Liverpool for pastures new. The destination being Munich. With just a year on his contract, Bayern got a bargain price. A deal worth £35 million, which is still a hell of a lot of money, but in today’s market, for a player of Mané’s quality, it’s a massive bargain. He will join an elite club that already houses some fantastic wingers, including Serge Gnabry, Leroy Sané, Kingsley Coman and the young Jamal Musiala.

A forward signing was a must for Bayern as it looks seemingly likely that star striker Robert Lewandowski will leave the club to join Barcelona this summer. They are still a little bit short on striking options, but Mané has shown that he can play through the middle, as can Thomas Müller.

Since 2017, Liverpool have played with a front three consisting of Mo Salah, Roberto Firmino and Sadio Mané. The trio became iconic in the Premier League. Scoring mounds and mounds of goals and causing any defence facing them to quake in their boots. The three inspired Liverpool to a massive UEFA Champions League triumph in 2019 and a league title the following season. But these are not the only honours won during the era of Salah, Firmino and Mané:

They reached an additional two Champions League finals in this time and were just a point off winning the Premier League twice more. This trio were half the reason that Jurgen Klopp has been so successful in re-igniting the sleeping giant that was Liverpool. Losing Mané will be a massive miss and it looks like it’s the beginning of the end for that iconic Liverpool side.

Liverpool already have a direct Mané replacement in their ranks. He goes by the name of Luis Diaz. He signed for Liverpool in January and has already shown massive signs of promise for the Reds, him and Nunez will begin a new era for Liverpool that will hopefully bring plenty of trophies and success- if you’re a Liverpool fan of course!

How will Darwin Nunez fit in with Klopp’s system?

Jurgen Klopp’s tactical style is a variant of Ralf Rangnick’s gegenpress. This involves pressing the ball as soon as possession is lost and not worrying about maintaining shape at the top of the pitch. When the opposition holds possession the front three will be pressing the back four persistently to try and win the ball back. This is why Jurgen Klopp profiles players who have high amounts of energy and fitness. If they don’t, he ingrains it into them.

A prime example of this was Thiago, who has joked that Jurgen Klopp taught him how to run! If a player doesn’t fit Klopp’s system, he will make them fit. Darwin Nunez just so happens to fit the system very well, he has plenty of energy and is constantly making forward runs in attack and pressing defenders when out of possession. He has that South American heart, he just never gives in. Even when they looked down and out against Liverpool last season, Nunez kept his head up and scored twice at Anfield.

Nunez will find himself on the receiving end of plenty of Thiago passes in behind. One of the things Nunez does best is playing off the back of defenders, and chasing down every ball, even if it’s a lost cause. He will link up well with Diaz who is also a Portuguese league export. The pair both have massive hunger to succeed.

How will Darwin Nunez perform statistically?

Statistically, Nunez will need to make an impact. If he wants to be on the right side of the English media. Stats are something heavily read into in the modern age of football. Nunez’ stats will be under a microscope until the he settles in at the club. I think he will adapt to the Premier League very quickly, players from the Portuguese league seem to do so, we’ve seen this from the likes of Bruno Fernandes and Liverpool’s Luis Diaz.

With a solid team and project behind him at Liverpool and Jurgen Klopp as his manager, he is in a very good place to develop. The atmosphere at Liverpool is very positive and unless something major changes, the chances are- it will stay that way.

I think Nunez will be competing for top scorer at Liverpool in his first season, rivalling Mo Salah who has won the award comfortably many times before. I can see him topping more than 15 goals in the league, an additional 10+ in other competitions. Overall, he will certainly score more than 25 in all competitions playing up front for Liverpool.

Liverpool’s first game of the season and Darwin’s likely debut will take place on August 6th, 2022, at 12:30 BST. It will be broadcasted on BT Sport 1 & 4K UHD and will also be available via the BT Sport app for subscribers.

This is one you will not want to miss! Will Darwin Nunez become the new age Suarez?