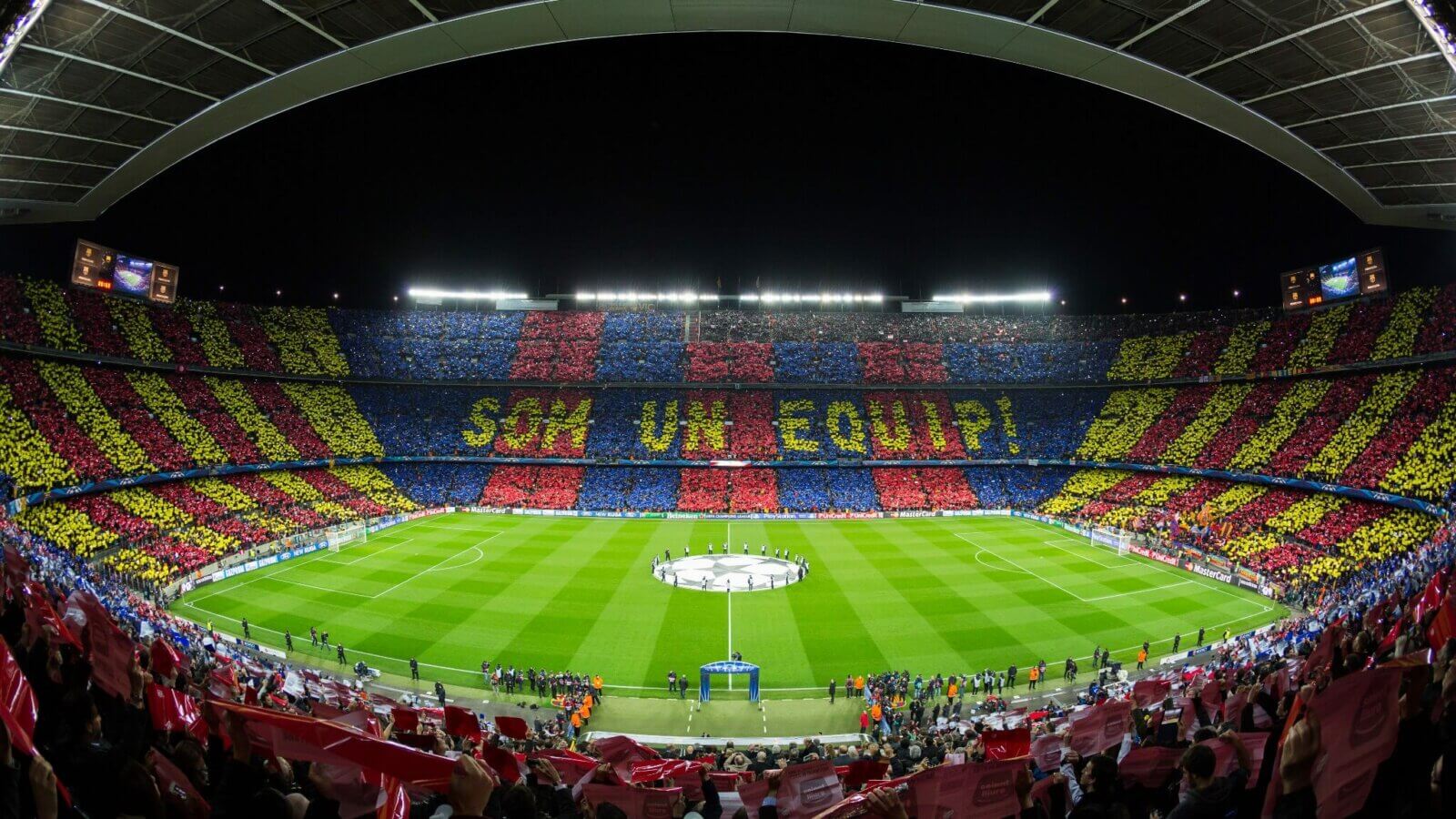 La Liga on TV: El Clasico on the 18th of December

After having been pushed back due to political unrest, the 2019/2020 season’s first El Clasico is finally due.

Be sure to tune in, as one of the most heated and followed rivalries in football picks up right where it left off in May.

What is El Clasico?

El Clasico is a name given to all matches between Spanish rivals Real Madrid and FC Barcelona.

Initially, the name only referred to games in the Spanish championship, but these days the term is used for every single match between these two clubs.

We’re talking about an old and fierce rivalry between Spain’s two largest cities. And this heated rivalry goes far back in time and spills over into other sports as well.

The rivalry even extends beyond sports, as Madrid and Barcelona are sometimes identified with opposing political positions. Barcelona had a reputation of representing Catalan identity already in the 1930s. And that made the city an opposing force to Madrid, which was considered to represent Spanish nationalism.

Without delving too deep into history and politics, it’s safe to say this rivalry has become of the most widely anticipated and viewed sporting events. In 2014, Forbes ranked Real Madrid and FC Barcelona as the world’s most valuable sports teams, and today these two clubs are the most followed sports teams on social media.

Both clubs have, of course, become popular for a reason. These two teams have some of the best players and coaches the world has to offer and keep displaying beautiful football.

In other words, El Clásico represents two of the world’s best football teams going head to head in a historic rivalry that’s bigger than the sport itself.

Real Madrid and FC Barcelona first faced off in 1902, but the first El Clásico took place on the 30th of April in 1988.

Since then, the teams have faced off 228 times. So far, Real Madrid is in a leading position with 91 wins to FC Barcelona’s 88.

There can be up to eight El Clásico matches in a single season, as Spanish teams can participate in UCL, La Liga, Copa Del Rey, Club World Cup, UEFA Super Cup and the Spanish Super Cup.

Last year, Madrid and Barcelona faced each other four times in La Liga and Copa del Rey. FC Barcelona managed to annihilate their rivals with a 5-1-result in October and followed up with a 1-0 victory in the return game.

Here are some interesting statistics from the last ten El Clásico matches:

The upcoming match will be the first El Clásico-showdown of the 2019/2020 season.

The match was initially scheduled for the 26th October, but political unrest in the region had the Spanish football association, RFEF, pushing the game back to December.

The match will take place on the 18th of December, at the Camp Nou stadium in Barcelona. Kick-off is at 19:00.

Fans from all over the world can look forward to an exciting match of world-class football. And when it’s all said and done, we’ll have to wait until the end of April, or beginning of March, to see the next El Clásico.

Oddsmakers have Barcelona as a clear-cut favourite in this match, with odds of against 1.7 to Madrid’s 4.3. Considering Barcelona’s won six out of the last ten games, it’s not hard to see why.