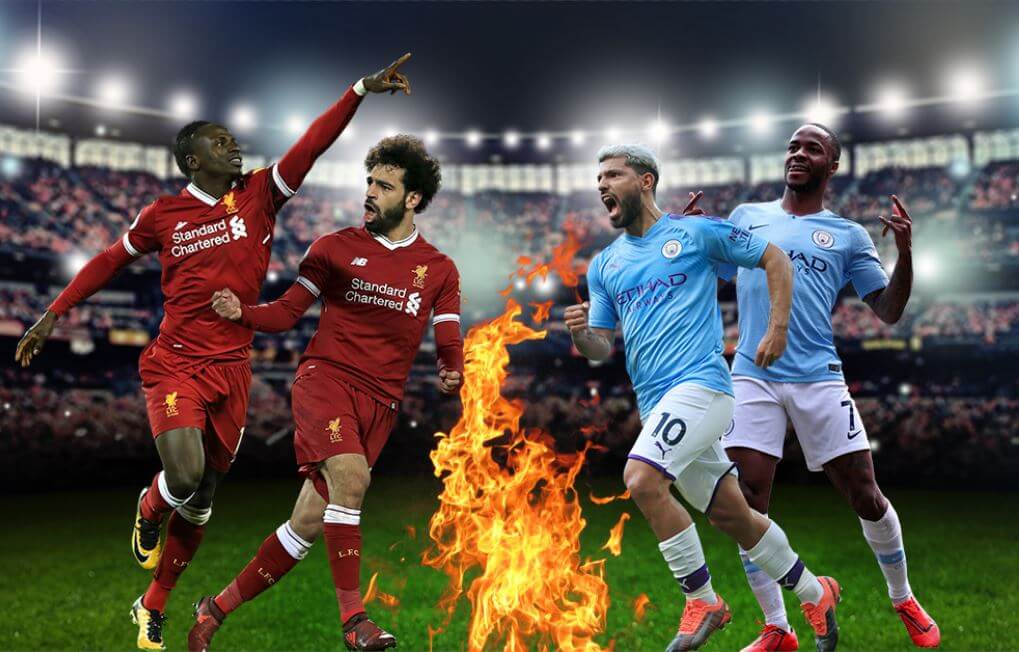 Stakes will be high as Jurgen Klopp’s Reds, and Pep Guardiola have a go at each other this Sunday at Anfield in a pivotal titanic clash that has gathered lots of tension days before. It will be an epic battle of supremacy as the European champions go into the blockbuster top of the league table and will be eager to extend their lead to nine points up on the defending champions. Liverpool has not lost a league game this season dropping only two points during the draw with Manchester United, while Manchester City has fallen to Wolves and Norwich.

In the last 28 Premier League matches against Man City at home, Liverpool has only lost once. They are also unbeaten in the last 16 league games at Anfield, winning 11 and drawing 5. Manchester City has won 11 of the previous 12 away league matches scoring with an average of 2.5 goals per game to 30 goals.

Last season’s corresponding fixture, in October 2018, ended in a goalless draw, which saw Liverpool equal their highest points tally after eight matches for the third time after 1996-97 and 2008-09. The fixture also saw Machester City record their lowest ever possession in a league game since Guardiola took over, 51% to Liverpool’s 49%.

Both sides are yet to hit the incredible heights they did last season, but are still outstanding and arguably the only title contenders. Both managers love attacking and have built an exhilarating attacking play around marquee players, the likes of Sadio Mane and Mohammed Salah for Liverpool, and Raheem Sterling and Sergio Aguero for Manchester City, which has seen them dominate the Premier League and the Champions League in the last two years.

Klopp’s and Guardiola’s defense has equally, if not majorly, contributed to their dominance. Manchester City let in only 23 goals in last season’s strong title defense while their challengers and runners up, led by the imperious Dutch Virgil Van Dijk, conceded 22, one fewer. Only Jose Mourinho’s Chelsea in 2004-05 and Arsene Wenger’s Arsenal in 1997-98 were meaner.

Sunday’s match will be a very close encounter. Liverpool has continued their misery this season, taking an average time of 49 minutes and 29 seconds to concede the first goal in a Premier League game as compared to Machester City’s 35 minutes and 30 seconds, while City has scored first in 8 of 11 games. Liverpool has won league-high 10 points from losing showing flexing their array of strategies to grind out vital results when need be.

Manchester City will be relying on their top-scorer and talisman, Sergio Aguero, and the outstanding Raheem Sterling to produce the spark on the attack. The lethal Aguero has scored 9 goals from 10 shots on target in the Premier League this season and is second in the race for the golden boot. He will lead City’s attack, which has scored 30 goals from inside the box as compared to the opponents’ 21, and 4 from outside the box, joint with the opponents.

Guardiola’s side will be without the services of Rodri, David Silva, and Leroy Sane. Still, it has been the unavailability of Aymeric Laporte due to injury that has and will be the gaffers’ primary concern. The absenteeism of Laporte has exposed Machester City’s vulnerability at the back, causing significant problems, including the two losses suffered in the Premier League, and could give Liverpool a significant advantage.

Reds will be without Joel Matip, Xsherdan Shaqiri, and Nathaniel Clyne due to injuries. Joel Matip’s absence means Virgil Van Dijk will not have his regular partner alongside. They have loads of quality to score several goals, with Sadio Mane, Roberto Firmino, and Mohammed Salah at the front. Still, they also concede rather frequently, having not been overly-convincing at the back. They have failed to keep a clean sheet in 7 games and, more importantly, none at Anfield this season, even though Jurgen Klopp claimed that their main target is not to keep clean sheets but to be creative and win.

Nevertheless, both teams have bags of quality and confidence through their ranks and will not care about the statistics or anything less than the match on Sunday. Even with the same problems, both are vulnerable at the back and are yet to match last season’s form, they will come out guns blazing and try to squeeze the life out of each other. Constant goal-mouth action will ensue with shots on and off-target reigning supreme.
Reds might carry the advantage of being hosts and showing slightly more resilience than the visitors. The teams are balanced on paper, both having great managers in Klopp and Guardiola, and having players of incredible quality. It would be a fool’s errand to try picking the superior one between the two. We won’t know till we get to Sunday.