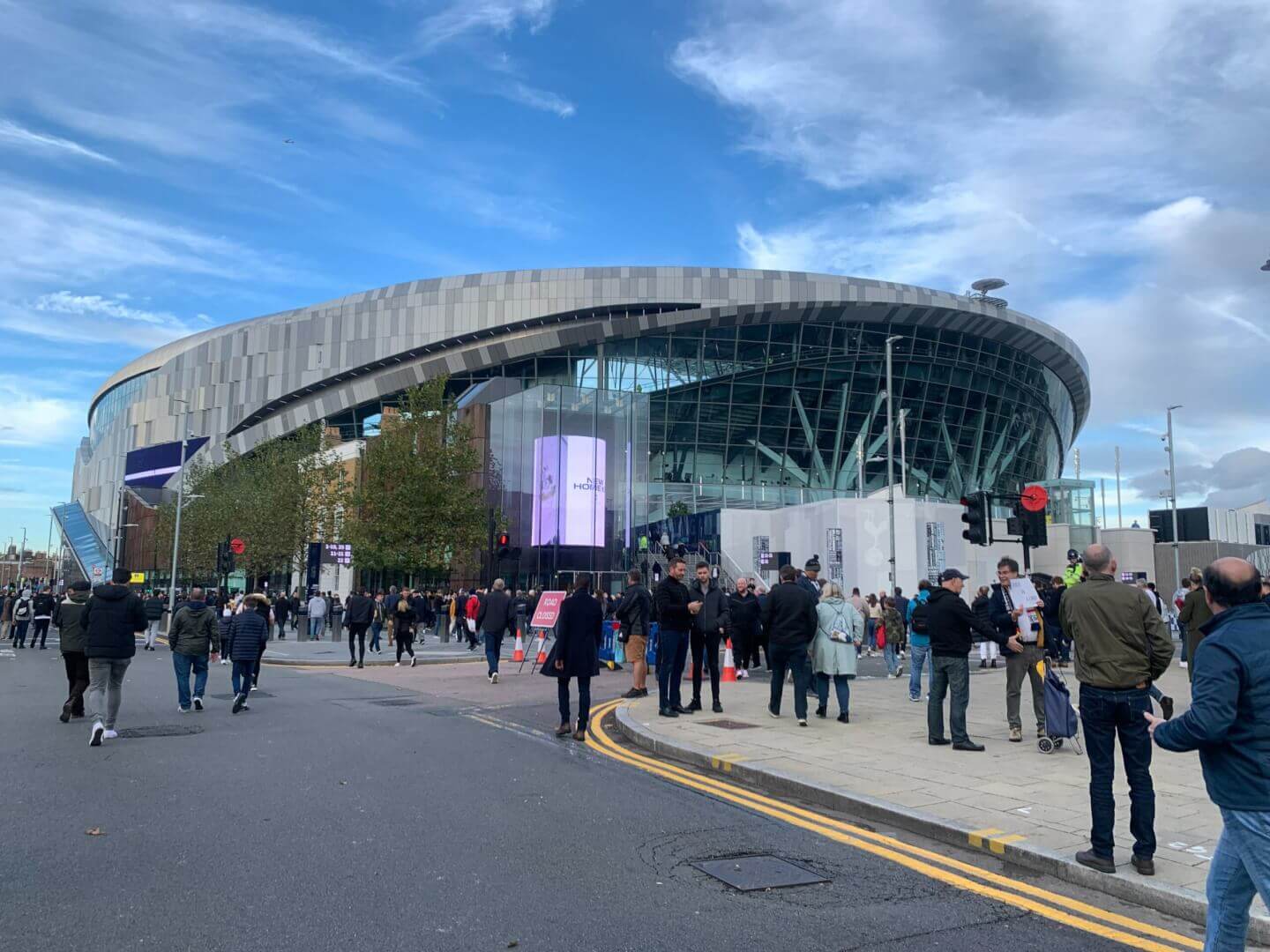 Tottenham Hotspur are a bit of an enigma at times, in some seasons they completely fail and finish outside of the top 6 and in others they find themselves competing for the Premier League title and Champions League spots. There’s one thing that all these Spurs seasons have in common. They’ve all ended trophyless.

Whether it’s Mauricio Pochettino, Jose Mourinho, Ryan Mason, Nuno Espírito Santo or even Antonio Conte at the helm, they just can’t seem to win anything. This wouldn’t be considered as much of a big deal if the drought wasn’t so long. Their last trophy was the League Cup back in 2008, if they don’t win anything next season, it’ll mark 15 years of no trophies.

Antonio Conte and the Spurs board are desperate to change this and bring a trophy to the new Tottenham Hotspur Stadium. Conte has been a serial winner throughout his managerial career, winning the Premier League and FA Cup with Chelsea in his two-year spell there and delivering Inter a league title after an 11 year wait. He will now be looking to deliver Spurs a trophy after a similar wait and not just any old cup. The Premier League title.

Tottenham’s sudden urge to join the title race and compete has been displayed by their activeness in the transfer window. They have made some solid additions already.

The now former Southampton no. 1 keeper has joined Spurs on a free transfer and will play as back up to Hugo Lloris. Having squad depth is a key element of winning major trophies and even just competing. Spurs’ title charge may be hindered by their UCL qualification as it means they will be playing more games that are high intensity.

This is why the signing of an experienced international keeper will only help the side. He will bring professionalism and character into the dressing room while also giving great services on the pitch. It’ll help Hugo Lloris manage the high volume of games, especially after the World Cup, where it’s likely that France will go far with Lloris in the XI.

Forster’s signing may seem like a nothing signing but it is in fact quite the opposite. It shows the willingness of Spurs to build a stronger squad and compete for the highest honours.

Another signing Spurs’ have already made is Ivan Perisic. This signing is just fantastic, the Croatian was part of Antonio Conte’s Serie A winning side at Inter and played a key role. He is two-footed but primarily plays from the left, either in a wing-back role or as an out and out winger.

In Spurs’ current squad it looks like he will be playing most of his football as a wing-back. He will offer competition to Ryan Sessengon which will only boost his growth and he will give them quality on that left hand side. Perisic has so many levels to his game. He’s a great finisher, brilliant on the ball, can act quickly defensively and is also an aerial threat. He offers a lot and has a great relationship with Conte.

This move was a match made in heaven and will most definitely be a successful transfer. What makes things even better is that this was also a free transfer. Hats off to Spurs for this piece of recruiting.

The latest summer signing from Tottenham Hotspur is defensive midfielder Yves Bissouma. The Mali international has been of interest to many top English clubs largely due to his influence in Graham Potter’s successful Brighton side. Bissouma is an aggressor, he wins the ball and takes on players. He can get himself in trouble, but this is something that Conte can help decrease from his game.

The midfielder is just 25 years old and will be a perfect alternative to Hojbjerg or even a partner. Both have plenty to offer defensively and would help drive their team forwards with passes and runs. Energy in midfield is everything, and Bissouma brings that energy.

Bissouma’s signing is a real show of intent for Spurs, he’s been previously linked with Arsenal, Liverpool and Manchester United. Spurs convincing him to join them is brilliant, it shows their ambition and desires. A proven Premier League midfielder who will improve them massively.

Who will Conte and Spurs look to sign next?

The signings Spurs have made so far have been brilliant and what makes it even better is that it doesn’t look like they’re slowing down. There are still reports in the media everyday linking Spurs to more players. If they can bring in even more quality, we could be looking at a title contender in Spurs.

Christian Eriksen was a Spurs player from 2013 to 2020 making more than 200 appearances in the Premier League and scoring 51 goals. He was their creative number 10 for years and was definitely a great servant to the club.

The Dane was originally signed in 2013 and was one of the players bought with the £85 million accumulated from the departure of Gareth Bale. Some may argue that Eriksen is the only one from that window that worked out. He played a crucial role in Spurs’ UCL run and in their spell of making the top four in most seasons. His performances back then earned him interest from other top clubs including Manchester United and Real Madrid.

He was priced out of a move and instead stayed on at Spurs until eventually he signed for Inter. He was there for just one season, the season that Inter won the title with none other than Conte at the helm. He was forced out after regulations meant he was unable to play for Inter after his cardiac arrest at the 2021 European Championships.

He took a break from football until eventually signing for Brentford, he impressed massively for the Bees and has earned interest from Man United and his former employers Spurs who have missed his creativity. Eriksen has offers on the table and we just have to wait and see who he chooses.

Spurs are also in talks to sign Djed Spence from Middlesbrough. Spence is a right back who has great speed and flair in attack as well as offering great defensive cover. He spent last season on loan at Nottingham Forest and was an instrumental part of their success and eventual promotion via the play-offs.

Since the departure of Kyle Walker five years ago, Spurs have somewhat struggled in the right-back department. Walker was replaced with Serge Aurier whose hot headed nature and rash decision making stopped him from advancing as a player. He was not consistent enough.

Kieran Trippier was there for a couple of seasons after Walker but never truly settled. He ended up moving on. Their most recent answer has been Emerson Royal, they signed the Brazilian from Barcelona, but he hasn’t been a success, yet. He has a great physical side but just struggles to deliver on the attacking front. He now looks likely to return to Spain and join Atletico. If Spence can be signed.

It’s rumoured that Spurs have agreed personal terms with the player who sees them as his ‘priority club’. But Middlesbrough will drive a hard bargain for their star. Time will tell on this one.

As it stands, Spurs have a few players returning from loan spells. Club record signing Tanguy Ndombele is among those names, he is yet to make a true impact for Spurs and found himself on loan at Lyon last season. He may end up leaving the club before the window is out, but if he stays and starts to perform; he will be like a new signing.

Bryan Gil and Giovanni Lo Celso will also be returning as things stand. Lo Celso seems keen to return to Villarreal but as of now, the clubs are not in talks. Gil is very much one for the future and another loan looks likely.

Can Spurs challenge for the Premier League?

With the signings they have made, it’s clear that the Premier League title is what Daniel Levy and Fabio Paratici want for Spurs. This is why Conte has stuck around, he’s not there for top four and mediocrity. He’s there to take Spurs to the next level and win major trophies.

It’s fair to say, it’s an exciting time to be a Tottenham supporter.