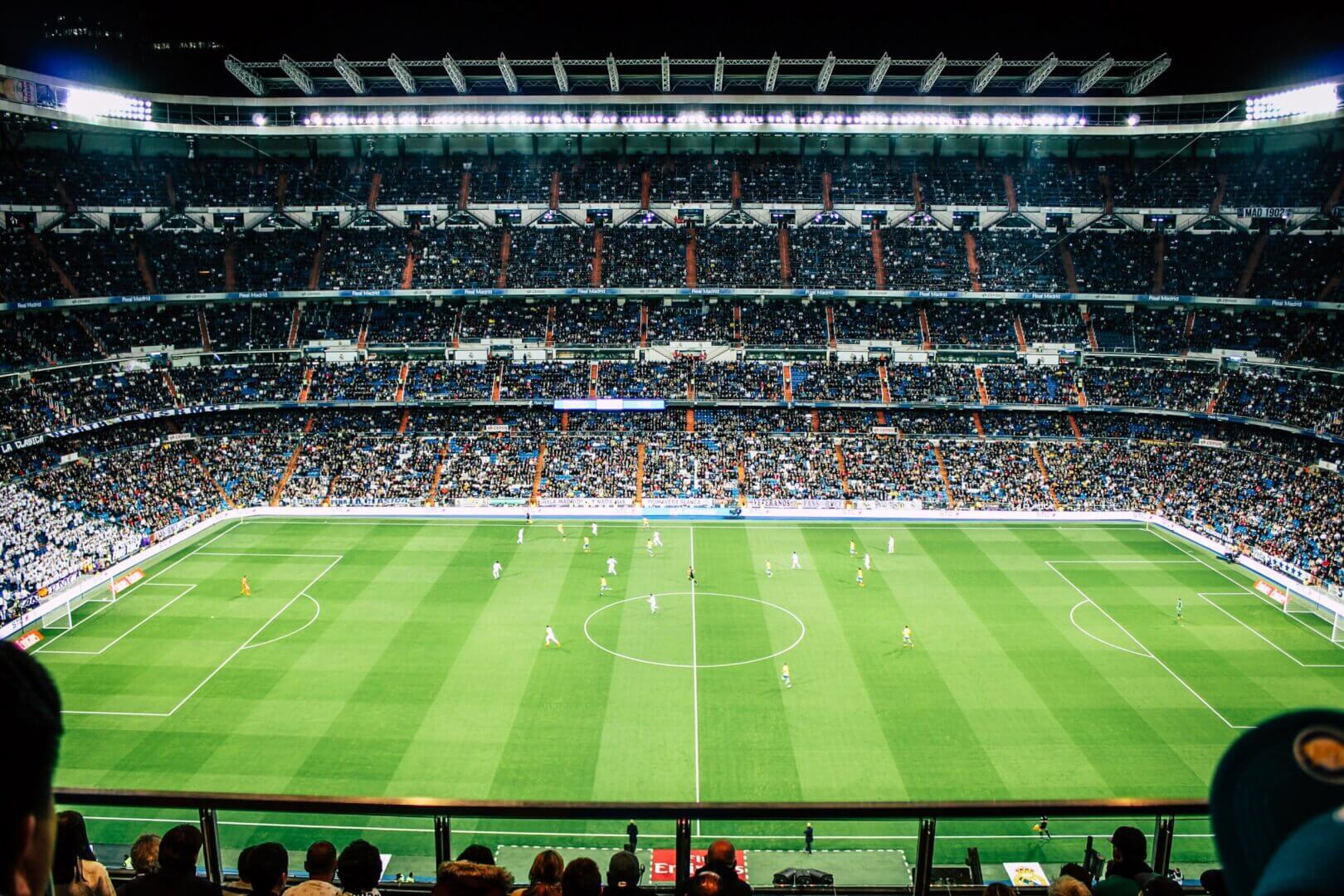 The UEFA Champions League means everything to the clubs playing in it, it’s one of those trophies that most players are just desperate to win. This is why we see such a ‘never say die’ attitude. It doesn’t matter how long is left and what the deficit is, it’s not over until it’s over.

This mentality that surrounds European football and the Champions League has made for some incredible comeback stories over the years. Especially in the two-legged knockout phase with the away goals rule still in motion.

If you’re unfamiliar with the away goals rule, it’s pretty simple. Across the two legs if both teams are level on aggregate then the deciding factor will be which side scored more away from home. If that number is equal, the game will go to extra-time and penalties as usual.

The rule has recently been scrapped in European football, which had a mixed bag of responses. There are definitely pros and cons to the away goals rule.

A very recent comeback was Liverpool’s momentous victory vs Barcelona. Jurgen Klopp’s side had been thrashed in the first leg, losing 3-0. Former player Suarez opened the scoring, with Lionel Messi scoring two more to secure a 3-0 victory. One of his goals was simply sublime, an expertly taken freekick.

Ousmane Dembele had the opportunity to make it four, an opportunity he’d live to regret as he scuffed the ball into the arms of Alisson.

Leg 2 saw Barcelona travel to Anfield to face Liverpool. Anfield was a fortress at this point, with Liverpool holding a lengthy unbeaten run. Despite this, Barca were still confident.

Liverpool’s Divock Origi opened the scoring in the seventh minute and Anfield was in great shape. Messi and his Barca side were not on it at all on the day, who knows what was going on in his head, but it was not his day at all.

Into the second half, Gini Wijnaldum scored twice to equalise on aggregate. Anfield was bouncing at this point. One goal from either side would change everything and Liverpool were looking the more likely outfit. A bit of trickery and quick thinking from Trent Alexander-Arnold and Divock Origi caught Barca off guard and it was 4-0 to Liverpool. They’d done it, beaten Messi and Barca in amazing fashion to go to their second UCL final in two years.

An even more recent comeback was Real Madrid vs Manchester City in the semi-final. The two sides were both brilliant in the first leg, providing first class entertainment. City managed to beat Real 4-3, but it was clear that Los Blancos were down but not out.

The first half of leg 2 was much tamer. Not many chances for either side. This continued into the second half, until Riyad Mahrez of Man City whipped one into the top corner. Giving City a 5-3 aggregate lead with just 15 minutes to go.

Things looked bleak for Real Madrid as they entered the last minute of time. It was surely an impossible task for them? Carlo Ancelotti had sent substitutes Rodrygo and Camavinga on to change the game and they sure did. Rodrygo scored in the 89’ minute and City lost their heads. It wasn’t long before Rodrygo scored another, sending the tie to extra time.

After a Guardiola pep talk, we thought that City would come back into the game in extra time, but it was Madrid who came through. Karim Benzema was the coolest man in the place, dispatching a penalty to secure the win. What a comeback.

In 1999, Man United were one of the best around. They had just won the Premier League and the FA Cup and were looking to become the first side in England to win the treble. They were tasked with beating another side full of strength in Bayern Munich to do so. Camp Nou was the arena, United and Munich were the teams.

Bayern took the lead early on, courtesy of a Basler freekick. Leaving United with it all to do, Ferguson’s side were creating chances, but Dwight Yorke and Andy Cole were failing to convert. Bayern also had their fair share of chances to extend their lead, hitting the post and crossbar. It looked like it was Bayern’s game to lose.

This was until a Sir Alex Ferguson stroke of genius; the Scot substituted his strikers for Teddy Sherringham and Ole Gunnar Solskjaer. United continued to push on.

It was injury time; David Beckham was standing over the corner. Every United fan, praying for a goal. The ball came into the box and was quickly cleared, only as far as Giggs who put the ball back into the box giving a tap in for Sherringham.

It was one a piece with a few minutes of injury time to go. United didn’t want extra time, they wanted the victory. They continued to push and won another corner. Beckham swung it in toward Teddy Sherringham who flicked it on for Solskjaer who finished it off at the back post. Two goals from set pieces in injury time to win the Champions League.

It was the Champions League final and Liverpool were meeting AC Milan in Istanbul. Times were a lot different back then, it was AC Milan who had the super team and Liverpool who were the underdogs. Paolo Maldini set the tone early with a goal in minute one and Crespo tripled the lead with two goals. Kaka was crucial in the first half; his performance was exceptional as he continuously found perfect passes and helped Pirlo control the tempo.

Gerrard threw Liverpool a lifeline with his all-important header on the 53’ minute mark. Not long after, the Liverpool spark was back. Dida spilled a mild effort from Smicer making it 3-2, everything to play for again. Liverpool continued to push and earned their equaliser when Steven Gerrard was brought down by Gennaro Gattuso in the box.

Xabi Alonso had his penalty saved but managed to improvise and convert the rebound. It was 3-3 in the final. From then on, the sides couldn’t be separated. Despite Milan’s extra-time domination, they were unable to bury Liverpool. Dudek was largely to thank for his impact. Some incredible saves to deny Shevchenko to send the game to pens.

Milan missed their first two, with Liverpool scoring, setting the tone of the shootout. Milan then scored with Liverpool missing to keep them alive. Kaka and Smicer then both scored before Shevchenko had his pen saved by Dudek, causing both Liverpool and Istanbul to erupt.

This was without a doubt one of the most spirited Champions League comebacks, an amazing mentality from Liverpool to stay in the game and a true earning of UCL number 5.

It was the 2016/17 rendition of the UEFA Champions league and we’d arrived at the RO16 second leg phase. Barcelona had drawn PSG in what was set to be a thrilling tie. The first leg at the Parc de Princes saw PSG sweep Barca aside in a 4-0 humiliation.

The French side dominated play and opened the scoring courtesy of an Angel di Maria freekick. Julian Draxler came through with the second with di Maria curling another shot into the corner to make it three. Edi Cavani sealed the victory with a tidy finish. This left the Parisians 4-0 up on aggregate, a deficit that had never been turned around before.

A few weeks passed and it was time for PSG to travel to Spain to face Barca again. Barcelona took the lead after just three minutes after a header from Suarez and then doubled their lead before halftime courtesy of a Kurzawa own goal.

After half time, Barca really started to bring the heat and make PSG sweat. Messi converted a penalty to reduce the deficit to just one. Barca continued to apply pressure, but things looked done when Edi Cavani fired home an away goal. Meaning Barca would need three unanswered goals to qualify.

They continued to push on and finally scored another, Neymar scored a fantastic freekick before Suarez was brought down in the box for a penalty. Neymar converted the pen leaving Barca with just one goal to chase in injury time.

Neymar, who had been brilliant, swung in an excellent set piece in the last minute of time with Sergi Roberto getting on the end of it to make it 6-1 on the night and 6-5 on aggregate to Barca. Easily one of the greatest Champions Legaue comebacks in the history of the competition.