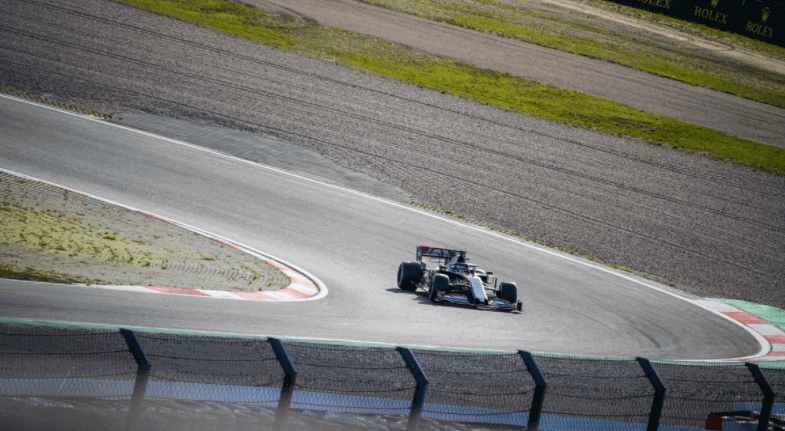 The Formula One circus rolls into yet another town, as we’ve got the Austrian Grand Prix to look forward to this weekend. As good as the beer, cheese, and chocolate is in Austria, the drivers will probably have none of that to stay in good shape for the upcoming race.

There is never a dull moment in the F1 season, and things are remaining more interesting than ever in 2022. Verstappen is leading the standings, but he’s not assured of another title just yet, especially with the Sprint race coming up in Austria.

Before we get into the race details, here is a quick recap of what happened during the British Grand Prix last weekend.

Ferrari got back on track with a much-needed victory, although many were shocked to see that it came from Carlos Sainz – his first in F1– and not title favourite, Charles Leclerc. Indeed, the teammates duelled back and forth on the British circuit, but it was Sainz who overtook Leclerc to earn himself a massive win.

The surprises kept coming at the Silverstone racetrack, as Red Bull’s Sergio Perez finished in second and Britain’s own Lewis Hamilton came third in the Mercedes.

Leclerc ended up in fourth and current F1 champion and leader of the 2022 season, Max Verstappen, had to settle for seventh place after experiencing technical difficulties with his car.

The biggest incident from the race was undoubtedly the chaos that ensued on the first lap. Multiple crashes near the starting grid forced the race to be halted and red flagged for a restart; such was the debris on the track. The worst hit was Zhou Guanyu, whose car flipped upside-down and slammed into the barrier, while George Russell and Alex Albon also received major damage to their cars.

The three drivers were sent to the hospital for checks but were thankfully discharged with minimal injuries.

It’s been some time since we saw a crash of that scale in an F1 race, but it was incredible to see that Zhou Guanyu was pretty much fine after the incident. It looked horrific on TV, as no one expects to see a driver walk away scot-free when he was flipped upside-down and slammed into a fence. But the safety of F1 cars is incredible these days.

Venue, time, & where to watch the F1 Austrian Grand Prix

The Austrian Formula One race will happen at the Red Bull Ring in Spielberg, starting on Sunday, July 10th. UK viewers are able to watch the race at 2:00pm on Sky Sports F1. Here’s the entire racing schedule for the weekend below.

It’s actually one of the shorter tracks on the F1 schedule, but it delivers a big punch in a small package. The first half of the track is a favourite of the drivers, as they’ve got three big straights to work their engines. The tyres then get a good test in the next section, as it’s a bit of an up-and-down run with slight hills and fast corners. It’s a great track for speed and handling exercises.

Here are some of the biggest topics heading into the Formula One 2022 race in Austria.

While the start of the season made it look like it was purely Leclerc vs. Verstappen, the more races we’ve seen, the less clear things appear.

Sainz has shown that he’s not a second fiddle by any means in Ferrari, and Perez from Red Bull has also displayed prominent form to suggest he’s capable of winning any race.

Mercedes’ season has obviously been hurt by the new rule changes, but there have been glimpses of brilliance by both Russell and Hamilton.

One thing is for sure, it’s great to have three strong teams all vying for the top spot, and six more than talented drivers all hunting for a win. If we had to choose a championship driver right now, we’d still go with Verstappen, but this season is making the dartboard harder to hit.

The Sprint is back!

The Sprint format is making a return to Formula One in the Austrian Grand Prix. This means that Friday is a quick practice session, and then the teams go straight into qualifying in the evening. That order will determine the grid order for the Saturday Sprint session, which is a mini race that gives points from first to eighth.

The places from the Sprint will then provide the grid for the full-length race on Sunday. The Sprint format comes and goes over the season (only three this year), but it’s always a fun event prior to the big race. All those extra points are useful when things get dicey for the championship at the end.

Should teams have two drivers?

We get that two drivers mean that there’s double the chance of points, but far too often we’re seeing in-team politics to determine which driver should win the race.

When one driver is ahead in points, like Verstappen with Red Bull, does it make sense for Perez to win the race if Verstappen is right behind him on the track? Probably not, but fans don’t want to see arguments within the team about who should win, rather just who deserves it.

It would be interesting to see the idea of a single driver per team someday in Formula One. Each team’s driver is giving 100% for the win and there’s no drama of letting the “No. 1” driver go past the second in order to maximise championship points.

Predicted outcome for the Austrian F1 race in 2022

Verstappen has always performed well in Austria, and the Red Bull team is incredibly popular there because of him. Still, having fans cheering you on doesn’t equal a race win. Verstappen had bad luck in Britain due to the accidents on the first lap, but he’ll respond well in Austria.

Hamilton looks like he’ll reach a podium spot and Perez will likely come second, which is why we’re choosing Verstappen to take the chequered flag on Sunday. Verstappen could lengthen his position in the driver standings by a great margin if he’s able to get first place in the Sprint and the race (not to mention the extra point for fastest lap).

The weather forecast for Austria is expected to be rainy around 21 degrees Celsius, with a high chance of precipitation and minimal wind speed. Let’s hope there are no rain delays and simply get a pure race with great F1 action.