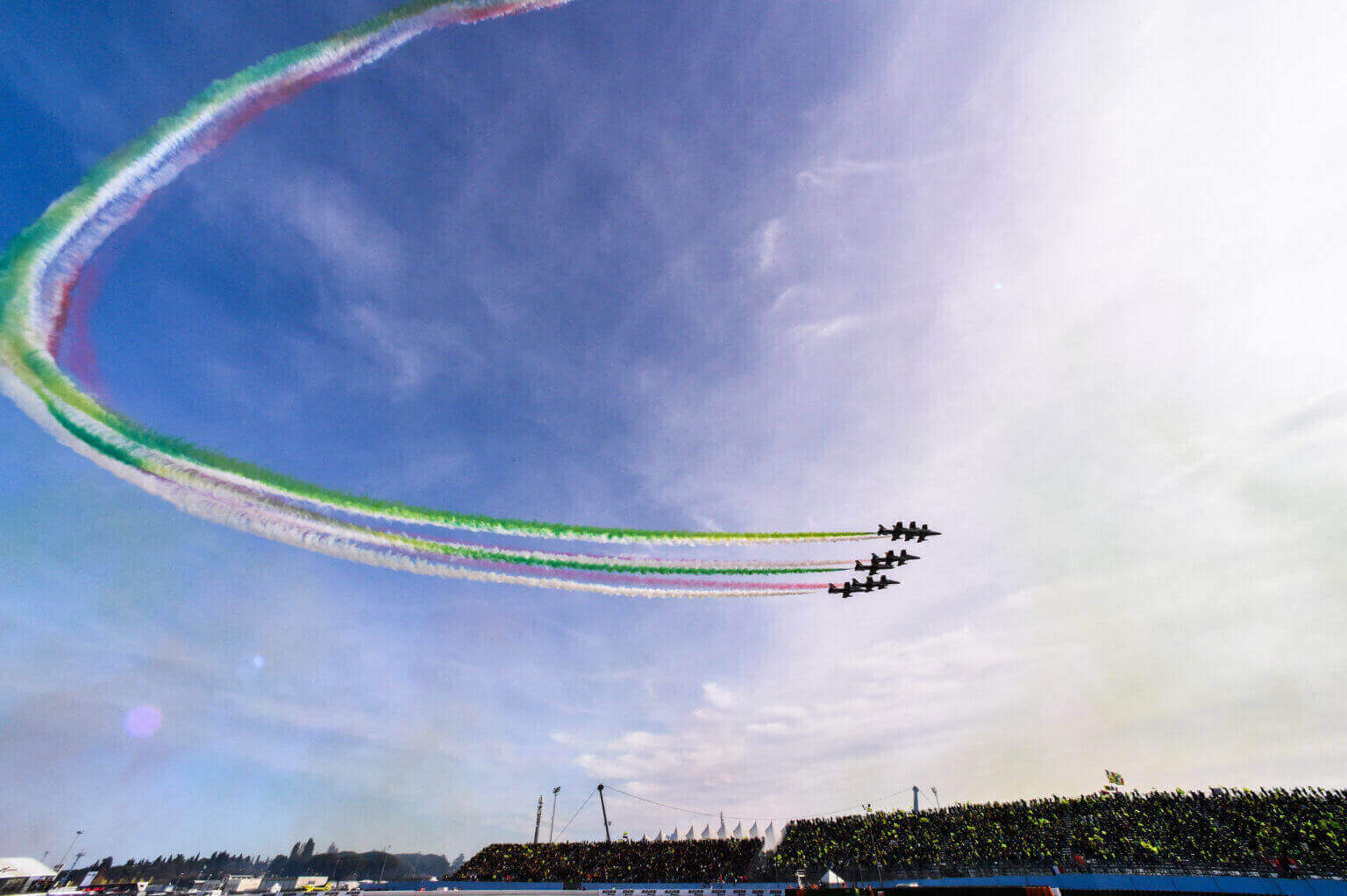 Formula 1 is coming to Imola for the Emilia Romagna Grand Prix, the fourth race of the 2022 F1 World Championship. After Ferrari’s brilliant start to the season, the expectations from the home crowd are higher than ever.

The Emilia Romagna Grand Prix takes place at the famous Autodromo Enzo e Dino Ferrari, which also hosted the San Marino Grand Prix until 2006. It was subsequently removed from the calendar by the FIA for the following seasons because the necessary route changes were not made.

In addition to Formula 1, the Formula 2 and Formula 3 races will also be held in Imola this weekend. As for MotoGP, the Portuguese Grand Prix will see riders at the Algarve circuit.

Click here to find out how you can follow the Emilia Romagna Grand Prix 2022 LIVE on TV this weekend.

The F1 weekend also includes a 100km sprint race with no mandatory pit stops. Unlike last season, this year the top 8 will collect points for both the drivers’ championship and the constructors’ championship.

The results in the sprint race will also determine the starting order for the Emilia Romagna GP, which takes place on Saturday at 14:30.

A total of 63 laps are driven at the Emilia Romagna Grand Prix. The track is 4.909 km long and has 19 corners. The home straight is only 357 meters long.

As most Formula 1 fans know, overtaking on the narrow Imola circuit is not easy. The braking system is heavily used. The greatest deceleration occurs near Turn 17, where the drivers slow down from around 300 km/h to just 135 km/h.

Another Duel Between Ferrari and Red Bull?

Fans are expecting another duel between the Ferraris and Red Bull. While this will be the first Italian Grand Prix of the year for Charles Leclerc and Carlos Sainz in Ferrari, an Italian GP will also be held on the weekend of September 9th to 11th at the Monza circuit.

We are curious about Mercedes with Hamilton and Russell. Will the Mercedes cars already be able to show significant improvements in Imola? The previous two editions of the Emilia Romagna GP saw one win for Lewis Hamilton and one for Max Verstappen.

Leclerc currently leads the overall standings in Formula 1 with 71 points. He is followed by George Russell in second with 37 points, while Sainz completes the current podium with 33 points. World Champion Verstappen won the GP of Saudi Arabia. However, he was unable to finish the races in Bahrain and Australia due to electrical and mechanical problems in his car.

From a German perspective, Sebastian Vettel would like to collect his first championship points. He had missed the first two races due to a Covid infection. In Abu Dhabi he finished 11th.

The Emilia Romagna Grand Prix 2022 will be broadcasted live on Sky Sports F1 & Sky Sports Main Event. Of course, the sprint format changes the classic Formula 1 broadcasting schedule a little. There will be just two more practice sessions, the first of which will take place on Friday, followed by qualifying for the sprint race.

The second session takes place on Saturday before the sprint race. On Sunday, on the other hand, everything is business as usual from Formula 1. See below for the full schedule.