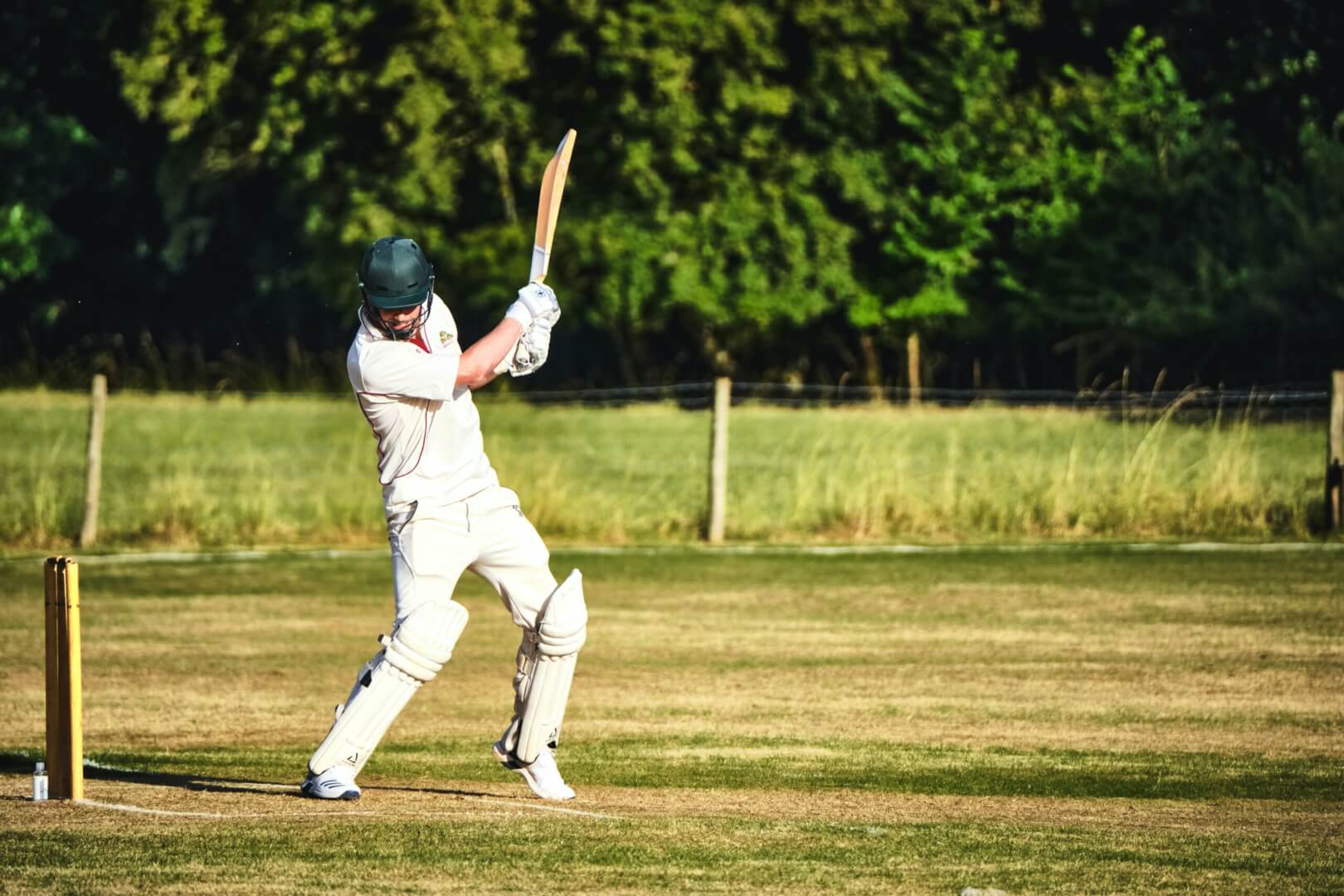 Photo By: Alfred Kenneally on Unsplash

Knock ‘em for six! Hit the boundary for four runs! Well, if you’re watching Test match cricket, as opposed to one day internationals or Twenty20 cricket, then you might witness considerably fewer sixes and fours. You’ll see some, of course, but Test cricket batting is all about the long game, and choosing which ball to hit and which to leave. It’s boring for many people to watch, but for cricket fanatics, it’s the truest form of the sport.

Despite the popularity of shorter versions of cricket really taking off, such as ODIs, T20, and even the Big Bash, cricket purists still enjoy watching batters reach a well-earned century in a slow but safe fashion. If you’ve got the time to watch a five-day Test match, then you really get to see the batsmen at their peak.

India has never been without a great line-up of incredibly talented batters, from Tendulkar to Dravid to Kohli, this is a nation that is always a threat in any generation. Now, it seems, Sharma is the new face of Indian cricket.

A batsman who shows tremendous technique and patience, Sharma has become a reliable presence not just in the Test squad, but the Indian T20 side as well. His ability in the limited overs version of cricket does often bleed into the Test matches, as he truly whacks the ball around the ground and is becoming one of the fastest run-scorers in the sport.

With Sharma already the captain of the Indian ODI and T20 sides, it seems highly likely he’ll also lead the Test squad now that Virat Kohli has decided to step down from the role. If Sharma is named captain, India is in a good cricketing place in 2022 and beyond.

Smith has had quite the career, and he’s still got a lot more left in him. Starting as a decent leg spin bowler, Smith quickly rose up the ranks as one of the most lethal batters ever seen in the sport. The ease with which he could drive the ball through the covers for a quick single but also dart up the pitch to send a ball into the stands makes Smith a terror for bowlers.

Despite a major setback in his career in 2018, when Smith was stripped of his captain role and banned for 12 months for his part in a ball-tampering scandal, he is nevertheless a wizard with the bat and is often named the best Aussie batter since Sir Donald Bradman.

When Smith returned from his ban, he was no longer the captain, but his amazing batting skills didn’t go anywhere, as he notched 774 runs during the Ashes series in 2019. Smith’s rapid footwork and textbook shots were all firmly back on display and, even though he still receives a lot of criticism for his part in the ball-tampering scandal, he is a strong part of the Aussie Test squad and looks to stay that way in the coming years.

It’s true that Smith hasn’t exactly been pouring in the runs of late, as his performance in the 2021-22 Ashes was altogether fine, but nowhere near the level we know he’s capable of reaching. While 244 runs during the entire series is nothing to dismiss, it’s not what everyone – including Smith – thought he’d obtain. Still, he’s sure to bounce back and show the world the real form that made him so deadly at the crease.

When all is said and done, Kane Williamson will easily be New Zealand’s best batter of all time at the end of his career. Williamson has amazed spectators and annoyed opposing teams since 2010. An absolute genius with the bat, Williamson has the uncanny ability to make something out of nothing, yet keeping a firm head when things get tough.

Not only is he a great top-order batter for New Zealand, but he’s also a solid captain, helping to lead his country to a new era of great Kiwi cricket not seen for some time.

He’s comfortable handling both pace and spin bowling, and his by-the-book approach at the crease makes him a firm favourite of old school cricket fans, despite his young age at 31.

One of Williamson’s best moments as a batter is undoubtedly his first Test double century of 242 runs in 2015, in which he single-handily helped NZ mount a huge comeback win against Sri Lanka in Wellington. His overall chill demeanour not only assists him with a great shot selection when batting, but also when making hard decisions on the field as a captain.

Unfortunately, a reoccurring elbow injury has kept Williamson from performing at his best of late, with the issue even preventing him from playing against India in the second Test last year in November. Williamson did play in the first Test, but could only contribute 18 runs in the first innings and 24 in the second due to the elbow pain.

The elbow is likely to keep Williamson out of batting and captaincy action when South Africa tours New Zealand in 2022, which is a massive shame for Kiwi fans, but also the cricket world being robbed of his stellar play.

Even though it was another Ashes loss for England when they played against Australia down under in 2021-22, there is still a load of respect in the cricketing world for Joe Root’s sublime batting. His captaincy for the English squad might be in doubt for the near future, but his batting prowess can’t be denied.

To prove Root’s strong batting talents are still in check, he was recently named the clear winner of the 2021 Men’s Test Cricketer of the Year award. Root was in fine form during the year, scoring 1,708 runs, with two double centuries and four hundreds.

Root is the first Englishman to win the award since Sir Alastair Cook in 2011. England’s Ashes performance was nothing to write home about, yet Root batted well enough and was the top scorer for his nation with 322 total runs.

Root’s slight build and calm British manner can be deceiving at first, but it would be to the detriment of the bowler, as the English captain is as fierce a batter as they come. When Root was given the captaincy, he had already played in 53 Test matches and had a batting average of around 50. Root’s game has never lent itself well to opening the lineup, but as a no.3, he is perfectly suited to taking the game as it comes and never rushing a shot.

Even England’s legendary batter, Geoffrey Boycott, has exclaimed that he sees similarities in Root’s play to his own, with regards to his endurance at the crease and willingness to make the shot only when it presents itself. Whether Root stays as England’s captain is irrelevant, as he’ll have a place in the Test squad as a reliable batsman for many years to come.

No one is disputing Labuschagne at number one and Australia’s batting is surely in safe hands with him in the lineup. His exquisite shot selection, paired with his remarkable timing, makes him a threat in any Test match. Labuschagne continued his hot streak in the most recent Ashes series in 2021-22, when he was the second-highest total scorer with 335 runs.

Hailing from South Africa and moving to Australia at the age of 10, Labuschagne has risen from strength to strength every year as a pro for the Aussie Test side. Funnily enough, his big break came unexpectedly in 2019, when Steve Smith was injured by a bouncer from England’s Jofra Archer and Labuschagne took his place as a concussion substitute. Labuschagne made a 50 in that innings, but more importantly, raised eyebrows as to how good this man could be.

At the end of 2019, Labuschagne was at the no.3 Test match batsman rank and showed no signs of giving it up. A born scorer, he totalled four centuries across five matches versus Pakistan and New Zealand, with one of those being a riveting double century.

Despite his obvious talents with the bat, Labuschagne is sneakily good as a leg spin bowler, and is occasionally used to shake things up when Australia’s regular bowlers are in need of a pause. While he’ll always be in the Test squad with his superb batting abilities, his usefulness with the ball is a captain’s dream when a match hangs in the balance.