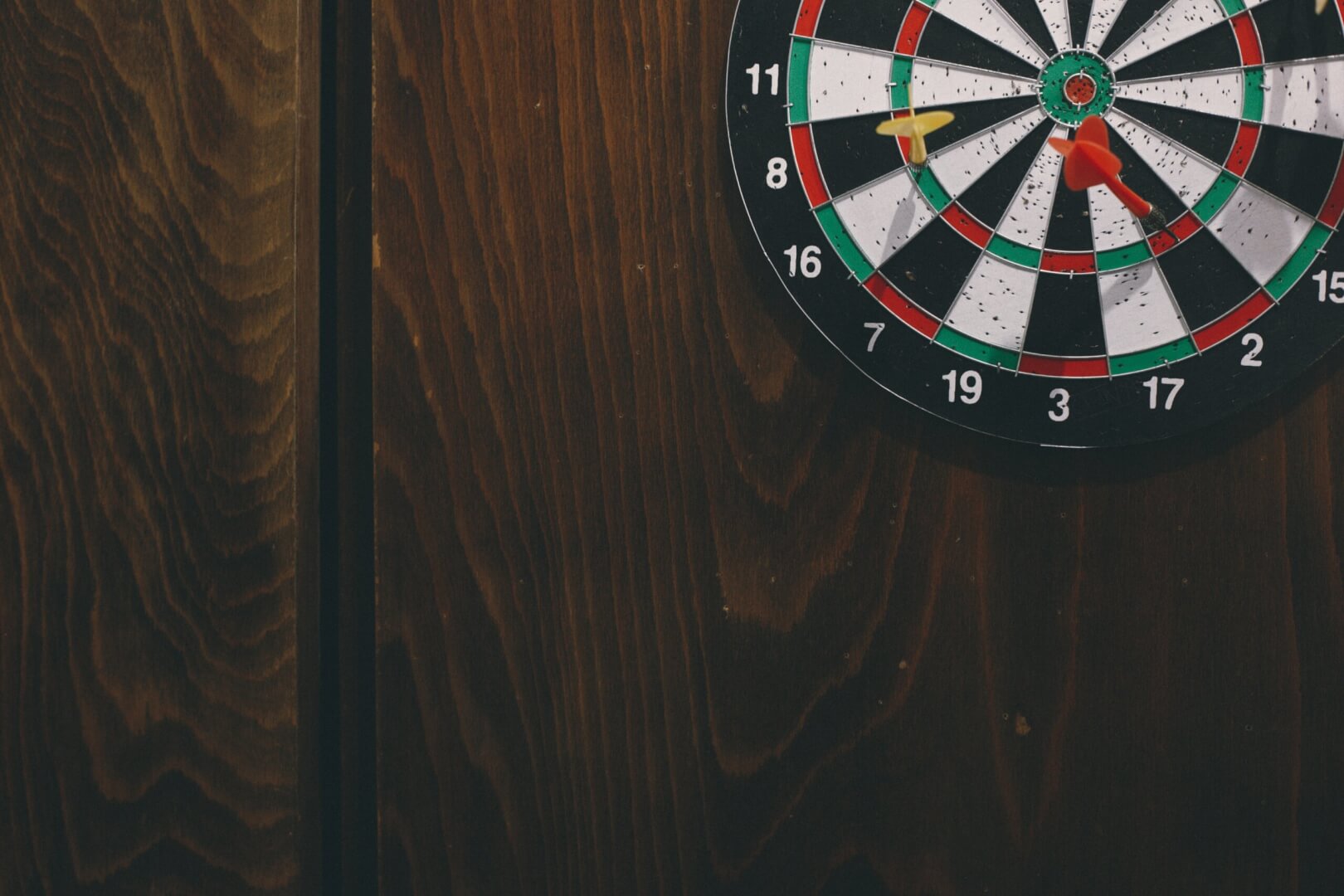 PDC World Darts Championship 2021/2022: Everything You Need to Know

The 28th PDC World Darts Championship took place in London’s Alexandra Palace from 15th December 2020 to 3rd January 2021, and due to the COVID-19 pandemic, was the first darts tournament to be held behind closed doors.

Expectations were high for defending champion, Peter Wright, but after a shock 4-3 loss to Gabriel Clemens in the third round, Wright’s elimination kept things wide open for other contenders.

In the end, it was Welshman Gerwyn Price who took home the Sid Waddell Trophy (and £500,000 in prize money) after he defeated Scotsman Gary Anderson 7-3 in the final. Price is now the world number one heading into this year’s PDC World Darts Championship.

Other news of note from the previous tournament was the fact that Steve Beaton participated in a record 30th consecutive World Darts Championship, and James Wade hit the first PDC World Championship nine-darter since 2016.

Darts fans have a lot to be excited about when the World Darts Championship 2021 kicks off on December 15th. The two biggest names for the opening night are undoubtedly defending champ Gerwyn Price and former winner, Adrian Lewis. Price, or The Iceman as he’s often known, will begin the defence of his trophy by facing the winner of Ritchie Edhouse vs. Lihao Wen.

Two-time champ Lewis will take on Canada’s Matt Campbell, with the winner going on to compete against Gary Anderson the following day.

Big names such as Price, Peter Wright, Michael van Gerwen, and Gary Anderson are among the 32 players in the PDC Order of Merit and are already seeded, which means they can bypass the first round and wait for their competition.

While there are many huge names returning for this year’s World Darts Championship, the tournament will go ahead with several notable absentees. The biggest name may well be World Number 39, Jeffrey de Zwaan, as the Dutchman has competed in the last three editions of the tournament. Also missing is John Henderson, who only recently attained the World Cup of Darts a few months prior. Other names we won’t be seeing this year include Max Hopp and Steve West.

The PDC World Darts Championship starts on Wednesday, December 15th 2021 and will continue for seven rounds until the final on Monday, January 3rd 2022. Like last year’s tournament, the hugely popular darts event will be held at Alexandra Palace in London. Unlike last year, however, fans will be allowed into the building to cheer or jeer the players.

A total of 96 participants will compete in the World Darts Championship, but of course, only one can win the famous Sid Waddell Trophy and walk away with the grand prize of £500,000. The complete prize money pool of £2.5 million is as follows:

The first round comprises the 32 highest-ranked players on the PDC Pro Tour Order of Merit, as well as 32 qualifiers from across the globe. The top 32 from the PDC Order of Merit will start the tournament in the second round. Every match is played as a single in, double out format, which means a player needs to score 501 points to win a leg and finish on either a bullseye or a double. The matches start as best of five rounds, and slowly increase to best of 13 for the final game.

Exciting matchups to check out

Apart from the aforementioned opening night matchups, there are several key clashes for fans to get enthusiastic about at the PDC World Darts Championship. Two women who are making waves in the darts world, in particular, are Lisa Ashton and Fallon Sherrock. Ashton will face Ron Meulenkamp on 16th December, while Sherrock will take on Steve Beaton on December 19th. Sherrock made headlines two years ago when she became the first woman to beat a man at a World Darts Championship.

On Saturday December 18th, we’ll have the chance to see Michael van Gerwen attempt to grab his fourth World Darts Championship trophy against either Chas Barstow or John Norman Jr.

Sunday 19th December has a solid matchup of one of the tournament’s most interesting picks, Jonny Clayton, to take on Keane Barry or Royden Lam. Dutch star Raymond van Barneveld will battle Lourence Ilagan on Monday 20th December.

While the players will receive a three-day break over Christmas, the third and fourth rounds will take place from December 27th to 30th, with the quarter-finals, semi-finals, and final match happening from January 1st to 3rd.

So, who remains the favourite to take home the Sid Waddell Trophy and the coveted £500,000 prize money? Right now, it’s impossible not to go with the World No.1 and defending champion, Wales’ own Gerwyn Price. The Iceman picked up the Grand Slam of Darts title this year and looks in great form in the build-up to the World Darts Championship. Price’s skill for hitting doubles under pressure will certainly be needed when the matches begin.

Michael van Gerwen is most likely the second-favourite, as you never want to bet against him when you know what he’s already capable of performing. That said, van Gerwen doesn’t have a TV title in 2021, but he could just be saving his skill for the upcoming big matchups.

One player that the darts world may want to keep an eye on is none other than Peter Wright. The former PDC World Darts Championship winner also has five TV titles since his victory, and is arguably playing the best darts we’ve seen from him in a long time. The 51-year-old is a firm crowd favourite and those cheers from the ticket holders can sometimes push a player to go the extra mile.

You’d do well not to forget the likes of James Wade as a title contender. A true darts great who has never won a world championship, Wade might only be 38-years-old but has seemingly been around the sport for far longer than that. He has failed to grab his opening match at a world tournament just one time in the last 15 years.

Price recently made headlines when discussing his completion rivals, stating that Michael van Gerwen and Peter Wright are perhaps beyond their prime right now.

“I know Michael has reached his peak, same with Peter,” Price said in an interview with Metro. “Michael, don’t get me wrong, three or four years ago he was the best player in the world but he’s been knocked off his throne and I don’t think he likes that. There’s only one way those two players are going and that’s backwards and I think everyone else around them is going to take over them. It’s definitely competitive. I don’t think I’m way, way out in front, although I do think I’m in front.”

TV schedule for the UK

The PDC World Darts Championship starts at 7:00pm GMT on Wednesday 15th December 2021 and runs through to Monday 3rd January 2022. There will be a three-day pause over the Christmas break. The tournament can be watched on UK TV on Sky Sports Main Event and Sky Sports Arena.