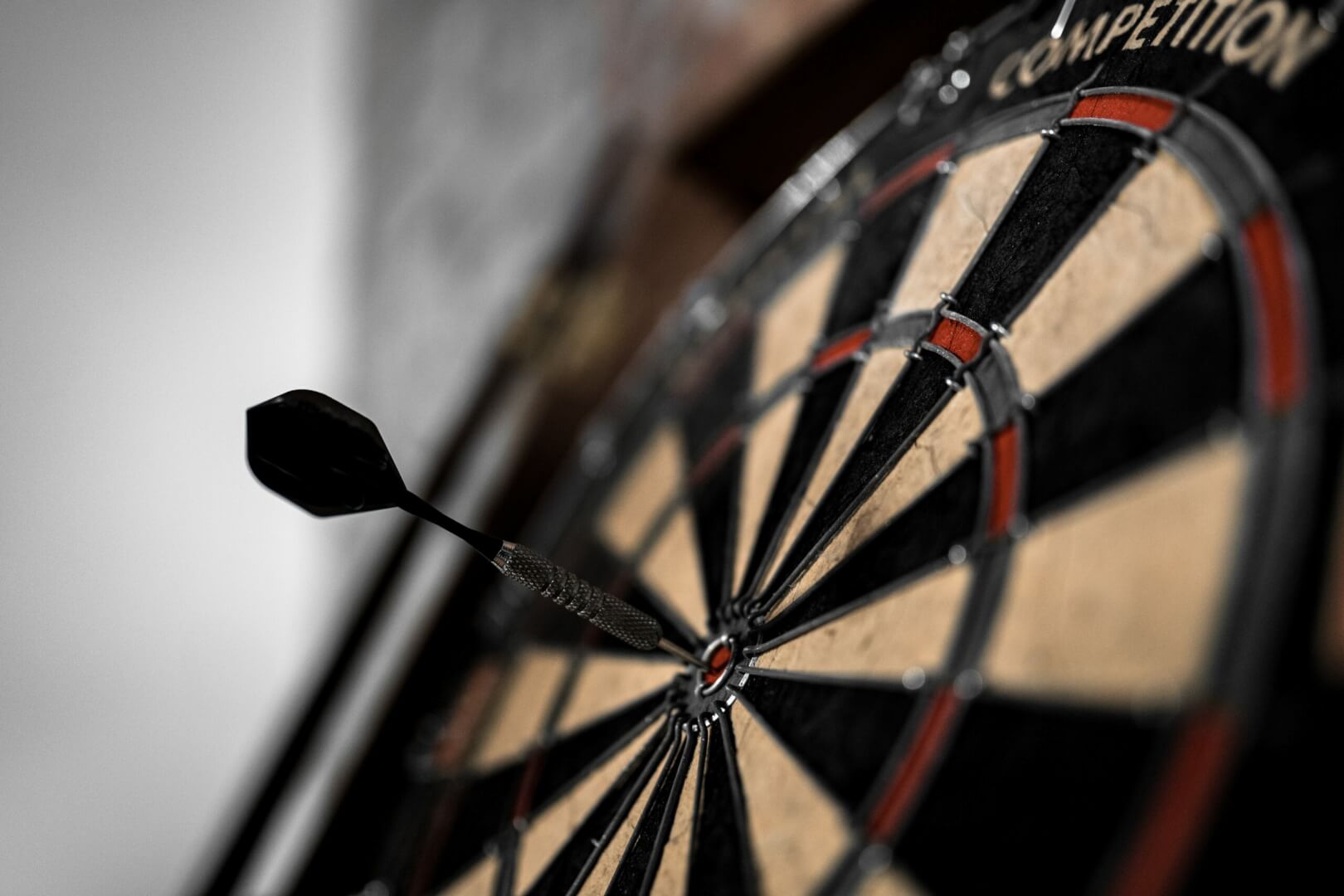 Photo by: Anastase Maragos on Unsplash

WDF World Darts Championship 2022: Everything You Need To Know

Darts fans, rejoice! Things don’t get much bigger and better than the WDF World Darts Championship if this is your favourite sport. It’s great that the tournament is even going ahead, as there were concerns over cancelling the event after it was postponed from January to April this year due to the pandemic.

Thankfully, however, everything is set in stone and we’re ready to witness the very best darts players compete for glory (and cash prizes) during the WDF World Darts Championship in 2022.

This is one of the best tournaments of the year to see the greatest darts players duke it out at a prestigious event and a great location in the UK.

As you might know, the tournament was not held at all in 2021 because of the coronavirus, but it did take place in 2020 and was won by Wayne Warren over Jim Williams 7-4 in the final. Warren is the oldest player in the tournament’s history to take home a world title.

2019 was the last time that the darts tournament was hosted and televised at the Lakeside Country Club, as the 2020 version was held in London.

Male and female darts players will compete in separate events during the World Darts Championships with differing prize funds available.

The top 16 players will be seeded and advance straight through to the second round of the tournament, while the next best-ranked 16 players according to the WDF world rankings will have to qualify via round one.

Brian Raman from Belgium is currently ranked as the number one seed in the men’s draw, just ahead of Thibault Tricole from France and 2020 champion Wayne Warren from Wales.

In the women’s field, Deta Hedman is the top-seeded player, with current champion Mikuru Suzuki in second place and Beau Greaves in third.

Three-time World Champion Martin Adams will be the oldest player to compete at 65 years old, as there aren’t so many sports where it’s possible to participate at the highest level. Yes, we know he’s not jumping seven feet in the air and dunking a basketball, but it’s still impressive.

Conversely, Luke Littler will be the youngest at only 14 (no post-match beers for him!) and absolutely has a bright future ahead of him in the sport if he’s already in a major tournament at such a young age.

The men’s and women’s fields remain quite open this year, but according to some bookmakers, there are a few favourites starting to emerge for the World Darts Championship in 2022.

The women’s field is a little less interesting for this year’s World Darts Championship with the news that two title favourites, Lisa Ashton and Fallon Sherrock, will both not be competing. Ashton was competing in the PDC World Tour and wasn’t able to qualify for the WDF event, while the reasons as to why Sherrock won’t play remain a mystery for now.

These are the opening night matchups on Saturday, April 2nd:

Of those matchups, the most interesting will be Martin Adams vs. Jarred Cole, as Adams is a three-time World Darts Champion and certainly has loads of experience and cunning at 65 years of age. Jarred Cole, at 21 years of age, may have a few new tricks up his sleeve that are not known to Adams, but remains a bit of a wild card to progress to the finals.

For the women, Paula Jacklin vs. Rhian O’Sullivan is perhaps the most intriguing first-round match. Both have had a lot of practice in competing in major tournaments over the years, but have never had quite the success that is expected. However, this looks like the year that both O’Sullivan and Jacklin will look to advance further than they’ve ever reached in their career.

Englishman Connor Scutt vs. Canadian Shawn Burt in the first round on Sunday, 3rd April, will be one to mark down on the calendar. While Burt is a fine player and is no pushover by any means, there has been a lot of talk about Scutt in recent months. In 2021, he finished second at the British Open and reached the semis of the Italian Grand Masters, but we just feel he’s bound for big things at the WDF World Darts Championship.

Who can win it all?

Despite winning at the 2020 tournament, there’s not much buzz going on about Wayne Warren. This might play exactly into his hands, as we know he’s got the skills but being somewhat in the shadows is not the worst. The less pressure on you, the better, so somehow it seems plausible that Warren will take home the trophy from the 2022 WDF World Darts Championship. And hey, if he doesn’t win, at least he’s making the finals.

For the women, it’s hard not to go to Mikuru “The Miracle” Suzuki for the same reason as Warren. Being the current champion just automatically sets you apart from the field, and even if there is a lot of pressure on Suzuki to do it all again, it certainly feels like she’s up to the challenge and won’t crumble when it gets tough.

After winning her first title, Suzuki is becoming somewhat of a celebrity in her home country of Japan and is ready to add more trophies to her shelf, as she explains in an interview. “There were fans waiting for me at the airport holding a banner. That’s when it first hit me, the scale of what I had achieved — it was a dream come true,” said Suzuki. “Being called world champion is special but I don’t want to stop at one world title, I want to win many more.”

Suzuki even admitted that she “sucked at it” when first trying darts at the age of 26, but now at 37 years old, Suzuki went from working in a department store to winning World Darts Championships in the blink of an eye. “Darts has a much cooler image now. I would like to be able to inspire other women in Japan to take it up,” added Suzuki.

Schedule for the UK

Viewers in the UK can watch all the exciting darts action on either Eurosport 2 or Quest.