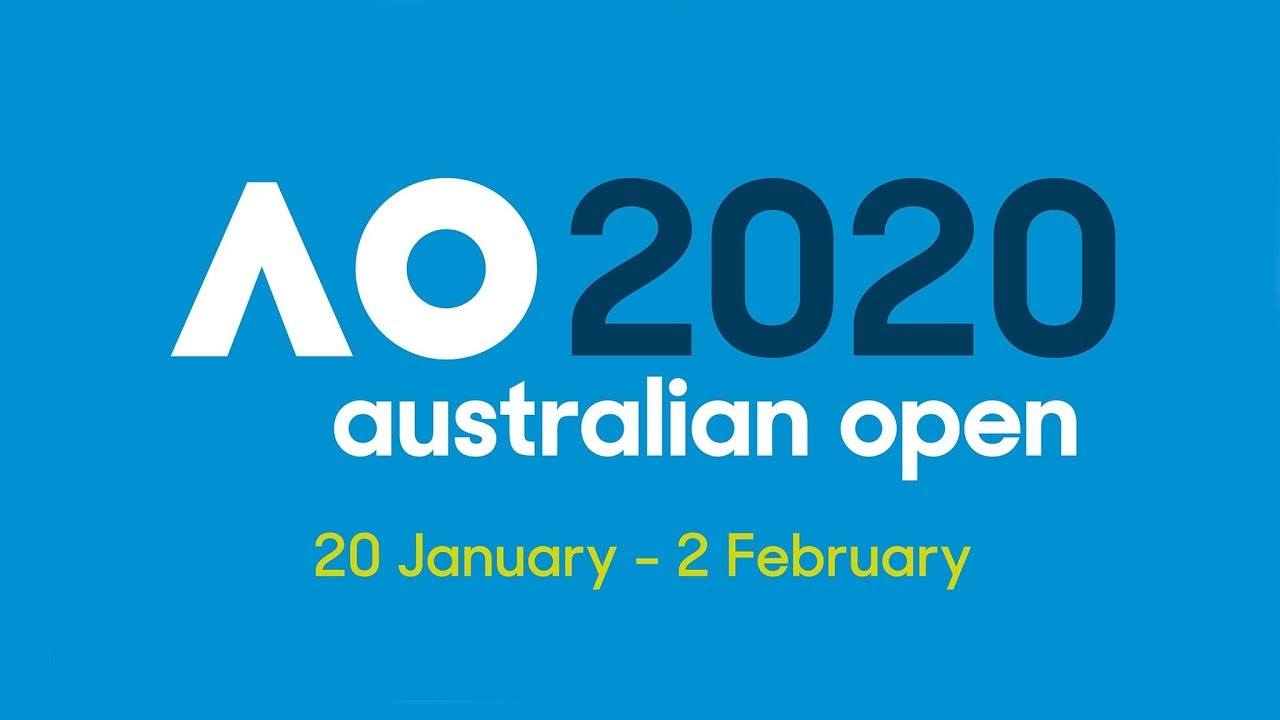 On 20 January, the 2020 Australian Open kicks on in Melbourne. The Grand Slam tennis tournament will run until 2 February and marks the 18th edition of the Australian Open. Furthermore, it’s the first Grand Slam of 2020, and the tournament hosts events for professional players in singles, doubles and mixed doubles. Juniors and wheelchair players will compete in singles in doubles.

For those really into tennis, it’s probably also worth mentioning that this will be the first edition of Australian Open to use GreenSet – a hard surface created by the company GreenSet Worldwide.
This year, the prize money has been increased by 13.1 %, leaving a total of 71,000, 000 up for grabs. Novak Djokovic and Naomi Osaka are the defending champions in Men’s and Women’s Singles. Naturally, the roster is full of talented players from both the old and new school, and it will be interesting to see if there will be any huge upsets in this year’s first Grand Slam event.

The Australian Open is an annual tennis tournament held over the last fortnight of January. The tournament is always played in Melbourne and marks the first Grand Slam event of every year, as it precedes the French Open, Wimbledon and the US Open.
The very first tournament was held in 1905, and over the last century, the Australian Open has become the largest annual sporting event in the Southern Hemisphere. The tournament is seen as the Asian Grand Slam and has been nicknamed “The Happy Slam”. Furthermore, it’s the highest attended Grand Slam event. Last year’s edition had more than 780, 000 people attending the event.
Before 1972, the Australian Open was held in different cities each year. Then, it was decided to permanently move the tournament to Melbourne as the city drew more spectators than any of the other cities. Initially, the tournament was played at the Kooyong Lawn Tennis Club, but since 1988 the Australian Open is always played at the Melbourne Park Complex.
In the early years, very few foreign players entered the tournament as Australia’s geographic remoteness made it hard for players to make the trip. As travel has become easier, all of that has changed, and today the world’s top players take part in the tournament.

This is the 108th time Australia hosts the year’s first Grand Slam event. This year’s tournament is run by the International Tennis Federation (ITF) and is part of the 20202 ATP Tour and the 2020 WTA Tour calendars.
The tournament consists of both men’s and women’s singles, doubles and draws, as well as mixed double events. There will also be singles and double events for players under 18 and wheelchair players.
The action will take place on 25 different courts, with the three main ones being Rod Laver Arena, Melbourne Arena and Margaret Court Arena. All matches will be played on hard courts. The prize pool has been raised by a staggering 13.6%, leaving 71,000,000 up for grabs.

Several big international names will enter the tournament, and the seedings are based on ATP and WTA rankings on the 13 January.
This year’s tournament naturally houses some big names. Old school favourites such as Nadal, FedEx and Djokovic are matched with young and promising prospects like Zverev, Tsitsipas, Berrettini and Medvedev.  In the Men’s Singles, Serbian player Novak Djokovic is the defending champion, while Naomi Osaka will try to retain her title in the Women’s Singles.

Djoko enters the competition as the Men’s Singles champion. Djokovic has an impressive resume and is currently ranked as the world No. 2 in the ATP rankings. Literally born into the sport, Djoko has been playing since he was four years old.
Over the years, Djoko has won 16 Grand Slam titles, five ATP Finals titles, 34 ATP Tour Masters 1000 titles and 13 ATP Tour 500 titles. Furthermore, he’s managed to hold the No. 1 spot in the ATP rankings for 275 weeks.
But Djoko’s impressive feats don’t end here. He’s also won a record of seven Australian Open titles, five Wimbledon titles, three US Open titles and one French Open title.
When he won the French Open in 2016, he became the eight player in history to achieve the Career Grand Slam. The victory also made him the third man in the world to hold all four major titles at once – an impressive feat that hasn’t been achieved since Rod Laver pulled it off back in 1969.

Rafael is a well-known Spanish player with a record rather similar to Djokovic’s.
Nadal began playing at an early age and won an under-12 regional championship when he was just eight years old. At the time, he was also a promising football player, and sports seems to run in the family as his uncle is a former professional footballer who’s played for the Spanish national team and FC Barcelona.
At the age of 33, Nadal has put together an accomplished record. So far, he’s won 19 Grand Slam Singles and a record of 35 ATP Tour Master 1000 titles, 20 ATP Tour 500 titles. He also won the 2008 Olympic gold medal in singles. Furthermore, he’s currently ranked as the world NO. 1 by ATP – a spot he’s held for more than 204 weeks.
Nadal has also won twelve French Open titles, four US Open titles, two Wimbledon titles and one Australian Open title. He also managed to win at least one Grand Slam title for ten consecutive years, between 2005 and 2014.

“FedEx” is Swiss player currently ranked as the world No. 3 in the ATP rankings. Just like his rivals in the top-three-tier, Federer has amassed an impressive array of accomplishments and accolades during his professional career.
For starters, he’s held the No. 1 spot in the ATP rankings for a record of 310 weeks. He’s also won a record of 20 Grand Slam titles during his career – something no other male player has achieved so far.
The astonishing list of accomplishments and records carries on with a record of eight Wimbledon titles, six Australian Open titles, five consecutive US Open titles and one French Open title. And just like Djoko, FedEx is one of eight men to have achieved a Career Grand Slam.
Last but not least, Federer has won six ATP Finals titles, 28 ATP Tour Masters 1000 titles, and a record 24 ATP Tour 500 titles.

Can the up and coming challengers upset the legends? – Australian Open

Ranked as world No. 5, 6, 7 and 8 we find Daniil Medvedev, Stefanos Tsitsipas, Alexander Zverev and Matteo Berrettini respectively.
Together these players make up the young and upcoming force set to rival kings like Nadal, FedEx and Djokovic. The question is whether any of these young prospects has matured enough to snatch the championship title from Djokovic or surpass FedEx and Nadal in the rankings. Here’s a quick run-down of their accomplishments so far.

Medvedev is a Russian player who was born in 1996. His breakthrough came last year when he reached six consecutive tournament finals, including one in the US Open and three at Master 1000 events.
So far, Daniil Medvedev has won seven ATP singles titles, including two Masters 1000 titles. He’s currently ranked as world No. 5 in the ATP rankings.

Tsitsipas is a Greek player who was born into a tennis family. He was born on 12 August 1998 and is the highest-ranked player in Greek history.
Stefanos began playing at the mere age of five and was ranked No. 1 in the world as a junior. He won his first ATP match in 2017 and reached three tour-level finals the following year. The same year he won his first title at the Stockholm Open.
2019 was a pivotal year for Tsitsipas as he reached the Australian Open finals and rose to the top ten of the world rankings.

Zverev is a German player born in 1997. He’s the second-youngest player ranked in the ATP top ten.
Alexander won the 2018 ATP finals, and thus became the youngest winner at the year-end championship in a decade. Zverev has received high praises from “the big four”, with Nadal calling him a “clear possible future No. 1” and Djoko stating “Hopefully, he can surpass me.”
Just like Tsitsipas, Zverev was born into a tennis family. So far, he’s won eleven ATP titles in singles and two in doubles. He’s also one of the youngest Challenger title winners in history and even managed to upset then ranked N0. 3 FedEx on grass. Furthermore, at 20 years old Zverev became the youngest player to debut the top 20 since Djokovic.

Berrettini is an Italian player born in 1996. Berrettini is known for his strong serve and forehand and is currently ranked as world No. 8 in the ATP rankings.
He won his first ATP title in 2018 and managed to lay his hands on two more titles the following year. Last year, he managed to upset Alexander Zverev in the Italian Open and get his first-ever win against a top-five ranked player.