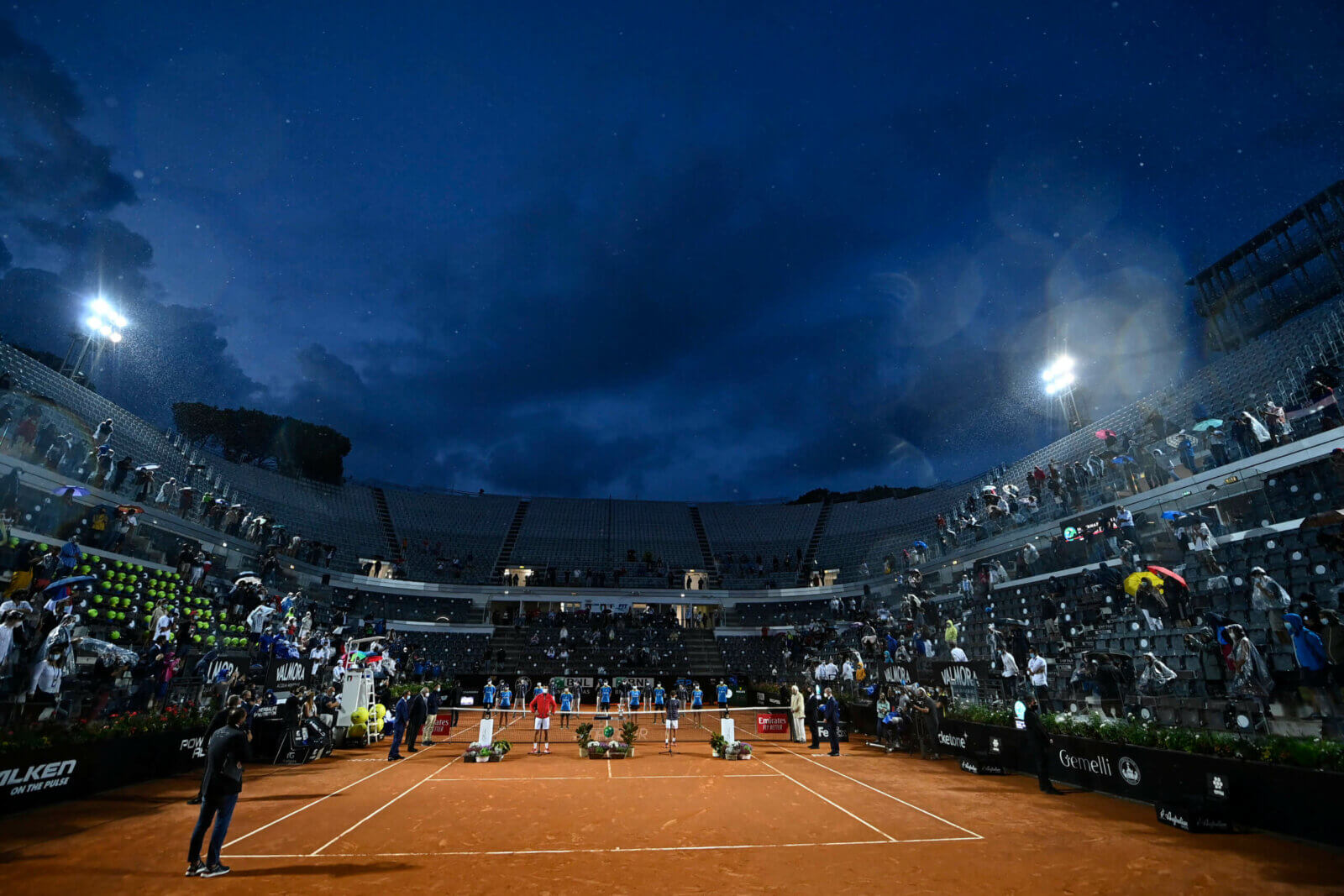 The ATP Tour Masters 1000 Tournament Internazionali BNL d’Italia 2021 is preparing to host the world’s tennis stars at the Foro Italico from 8 to 16 May. IT will be the 78th edition of Italy’s biggest tennis event and one of the last tests ahead of the French Open 2021.

The tournament organisers as well as the city of Rome have been fighting for it all spring: the Council of Ministers finally gave the green light for the return of the spectators to the stadium of the Foro Italico. Accordingly, from the round of 16 onwards, 25 % of the total capacity may be admitted.

The stars and favourites at the Italian Open

All players in the top 7 of the ATP rankings take part in the Internazionali BNL d’Italia. Consequently, Djokovic, Nadal, Medvedev, Thiem, Tsitsipas, Zverev and Rublev, among others, are fighting for the coveted trophy.

Only Roger Federer, who is still in preparation after his knee injury, will not compete. In his place, Argentinian Schwartzman will take over as the 8th seed.

Djokovic and Nadal are still the first names to come up in speculations about the overall victory. The youngsters Medvedev and Tsitsipas are also highly rated by the bookmakers after recent strong results.

The Austrian Dominic Thiem, number 3 in the world rankings and one of Nadal’s main opponents on clay in recent years, will also be in Rome after his comeback at the Masters 1000 in Madrid.

Also in the mix will be German Alexander Zverev. Zverev triumphed in 2017 when he defeated Djokovic 6-4, 6-3 in the final.

The Italian fans, on the other hand, will support their power duo Matteo Berrettini (10th in the ATP world rankings) and Jannik Sinner (18th). Both are currently still playing in the Mutua Open in Madrid.

Only British participants is Dan Evans from Birmingham. The 30-year-old currently sits 26th in the ATP world rankings, but is only seeded 33rd in Rome.

The record for the most wins at the Internazionali d’Italia is currently held by Rafael Nadal. Nadal has won the tournament a total of nine times, most recently in 2019. He was also the only player to achieve the feat of winning the tournament three times in a row between 2005 and 2007.

Novak Djokovic has also lifted the winner’s trophy five times. Moreover, Djokovic is the defending champion and beat Nadal in the 2011 and 2014 finals.

The Italian Open will be broadcast live and all day on Amazon Prime from Monday, 10 May.

Follow the most important tennis tournaments live on TV. Our TV guide gives you an overview of the current broadcasts.