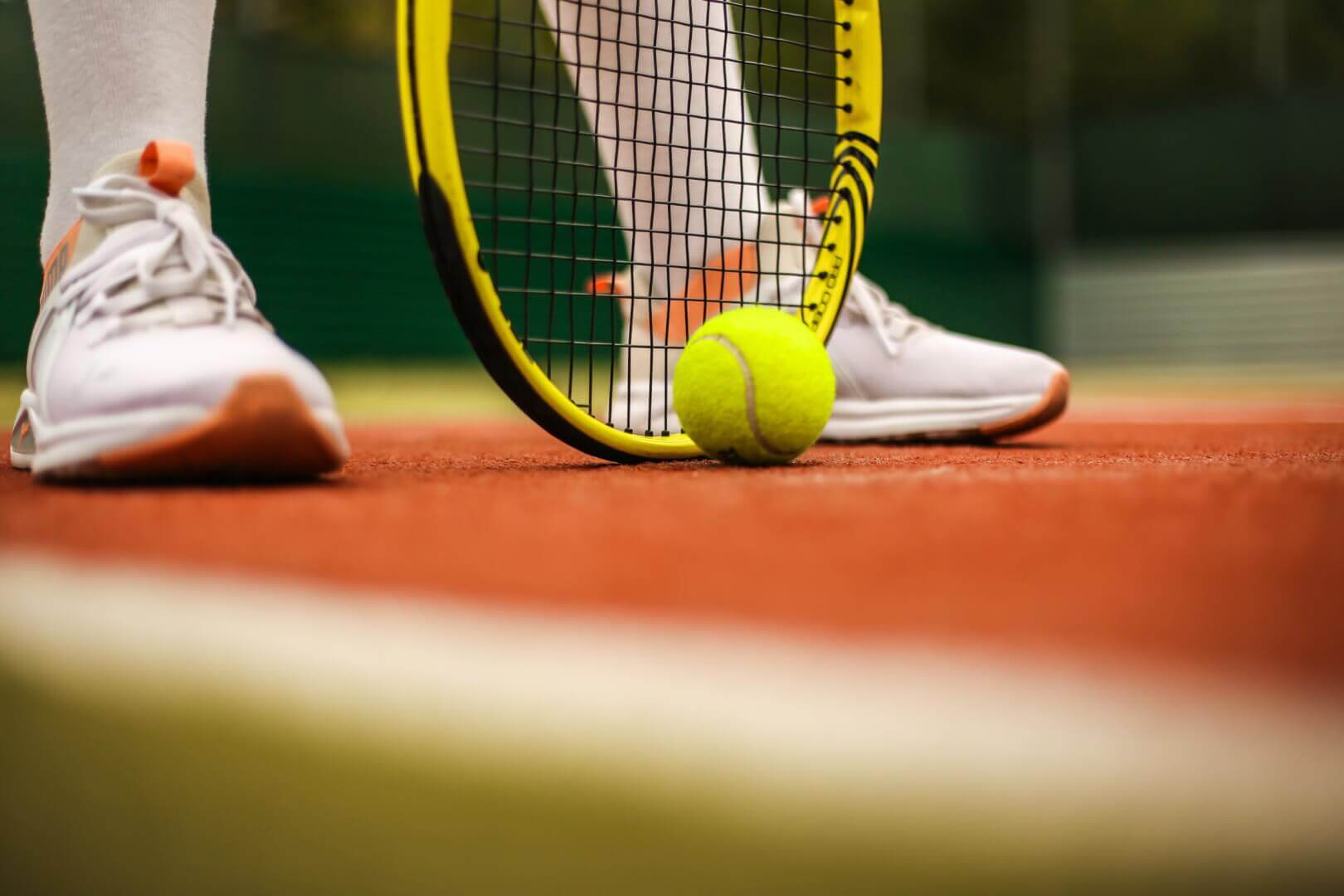 Photo By: Valentin Balan on Unsplash

The tennis tournament that has gripped the world for the last two weeks has finally come to a close. Wimbledon was back with a bang and sports fans were treated to some of the most scintillating tennis we’ve seen at the fabled event for some time. Each major trophy has been awarded and we’ll quickly recap what happened at Wimbledon 2022.

The London weather was incredibly hot at Centre Court on Sunday 10th July, but it was Croatia’s Novak Djokovic who stayed cool to win his 21st major Grand Slam trophy of his career. Not only that, this was his seventh Wimbledon title and fourth straight at the UK’s famous tennis tournament.

Despite a valiant effort from his opponent, Australia’s fiery Nick Kyrgios, Djokovic was calm and collected throughout the entire match and won in four sets, 4-6, 6-3, 6-4, 7-6. There was no eruption of jubilation or running around in a frenzy after winning yet another title, as Djokovic simply looked relieved to take in the moment.

Djokovic, due to his refusal to receive the COVID-19 vaccination, wasn’t allowed to play at the Australian Open earlier in the year, nor will he be permitted to compete at the US Open in August. Both countries only allow those vaccinated to pass the borders. As Djokovic was beaten by Rafael Nadal in the French Open quarter-finals, he knew full well this was his only chance at a major trophy in 2022.

The experience of Djokovic certainly showed forth in a match where his opponent, Kyrgios, grew impatient and frustrated the longer the contest went on. The controversial Aussie routinely yelled at the fans, the umpire, and even his own crew, family, and friends. If possible, he’d yell at the wind if it bothered him.

Kyrgios has picked up a bad reputation for angry, swearing outbursts throughout his tennis career, as he routinely argues with the crowd and officials and smashes his racquet often to vent his frustration.

His tennis skills are not to be questioned, as he took the first set against Djokovic and battled hard in the other three sets, but he’s still several years away from becoming a mature player who can handle external distractions and his own emotions.

At one point in the match, Kyrgios begged the umpire to remove a fan who he believe was drunk and annoying him by talking during the match. The spectator wasn’t sent away from the arena, yet Kyrgios continued to argue with the fan. If you’re a Djokovic supporter (or simply anti-Kyrgios), then this is your best way to rattle the Aussie, who often can’t seem to focus his mind on the task of playing tennis and ignoring the crowd.

With 21 Grand Slam titles, Djokovic is one behind Nadal at 22, but with the famous Spaniard hampered by an abdominal strain and forced to retire in the Wimbledon semifinals, there was no epic matchup possible between these titans of tennis.

Djokovic had some trouble with Kyrgios’ lightning-quick serve at the start of the match, but as he became more and more comfortable on the grass surface, he learned better how to return the ball and swing the momentum into his own favour.

While this Wimbledon men’s final won’t go down as one of the greatest of all time, it was still an entertaining matchup and one that proved just how dominant Djokovic has become – and how much more he can still add to the sport of tennis.

Funnily enough, both Djokovic and Kyrgios have spoken in recent days about their unlikely friendship off the court. The two regularly text and meet up whenever possible, and as a testament to the rapport, Djokovic was spared any of Kyrgios’ ire at the Wimbledon final.

If Djokovic’s reaction to winning Wimbledon was subdued (although weirdly he did eat some grass from the court), then Elena Rybakina was practically unresponsive. The first-time Grand Slam victor was very ho-hum about the whole thing, but she assured everyone she’s happy yet just good at hiding her emotions. Well, it wouldn’t be exciting for a movie biopic, but a win’s a win, we suppose.

The 23-year-old was by no means the favourite going into Wimbledon, but she had been getting sneakily good as the tournament progressed. In fact, Rybakina herself didn’t expect to get past the first round, let alone win the women’s singles trophy. But win it she did, and she was graceful and excellent out there on the court.

Rybakina ended up with the trophy after defeating the popular and favourite, Ons Jabeur, even after dropping the first set 3-6 but coming back to win the next two, 6-2, 6-2. This was a comeback victory of the highest sort and Rybakina displayed the makings of a future tennis star, albeit one that could use some work on her crowd and marketing skills.

Rybakina had her brilliant serve to fall back on when things got tough, as she averaged roughly eight aces during Wimbledon and even reached the second-highest serving speed of the tournament at 122 mph (behind Coco Gauff at 124 mph). In fact, in the final game of the second set, Rybakina won every single point on her serve and ended things with a stunning ace.

Despite barely showing a smile or grimace throughout the entire match, Rybakina was as tough as nails and showed a fighting spirit that Jabeur just couldn’t compare with. Rybakina was simply focused on winning and, unlike Kyrgios, would never let crowd comments get in her head. Even the presence of Kate Middleton and Tom Cruise in the stands wouldn’t get her attention.

Rybakina capitalised on several glaring unforced errors by Jabeur late in the match, and quickly finished off her opponent with a flurry of gorgeous shots and bold moves that paid off in the end. If Rybakina keeps this level of skill into the US Open, then the future is bright for this burgeoning, if a little unexciting, tennis star.

Even if Nick Kyrgios couldn’t bring home a Wimbledon title to his home country of Australia, the men’s doubles winners could thankfully achieve it. Matt Ebden and Max Purcell battled long to defeat reigning champions from Croatia, Nikola Mektic and Mate Pavic, in a gruelling five-set match that lasted for four hours and 11 minutes.

It has been 22 years since Aussies won the men’s doubles, with the last time being Mark Woodforde and Todd Woodbridge. After becoming victorious in the epic match that continually kept the crowd “oohing” and “aahing” in equal measure, Ebden and Purcell fell to the ground in astonishment and continued to celebrate hard long after the final point.

The two Aussies quickly became crowd favourites over the course of the Wimbledon 2022 tournament, as they continued to fight back at the jaws of defeat. Ebden and Purcell not only battled against five match points in the semis, but also three match points in the first-round opener. The fighting determination is what you love to see in a tennis tournament such as Wimbledon.

For the women’s doubles, it was Barbora Krejcikova and Katerina Siniakova taking home the winner’s trophy against the top-seeded Elise Mertens and Zhang Shuai. Although there were several solid moments throughout the match, it ended much quicker and easier than most thought, as Krejcikova and Siniakova earned the victory, 6-2, 6-4.

This was the duo’s second Wimbledon title and fifth overall Grand Slam trophy, which goes to show just how important a regular sparring partner is in the double’s tennis competition.

The pair was resolute and motivated right from the start, and although Elise Mertens and Zhang Shua were no pushover, it never really felt like they had a chance against such strong opposition.