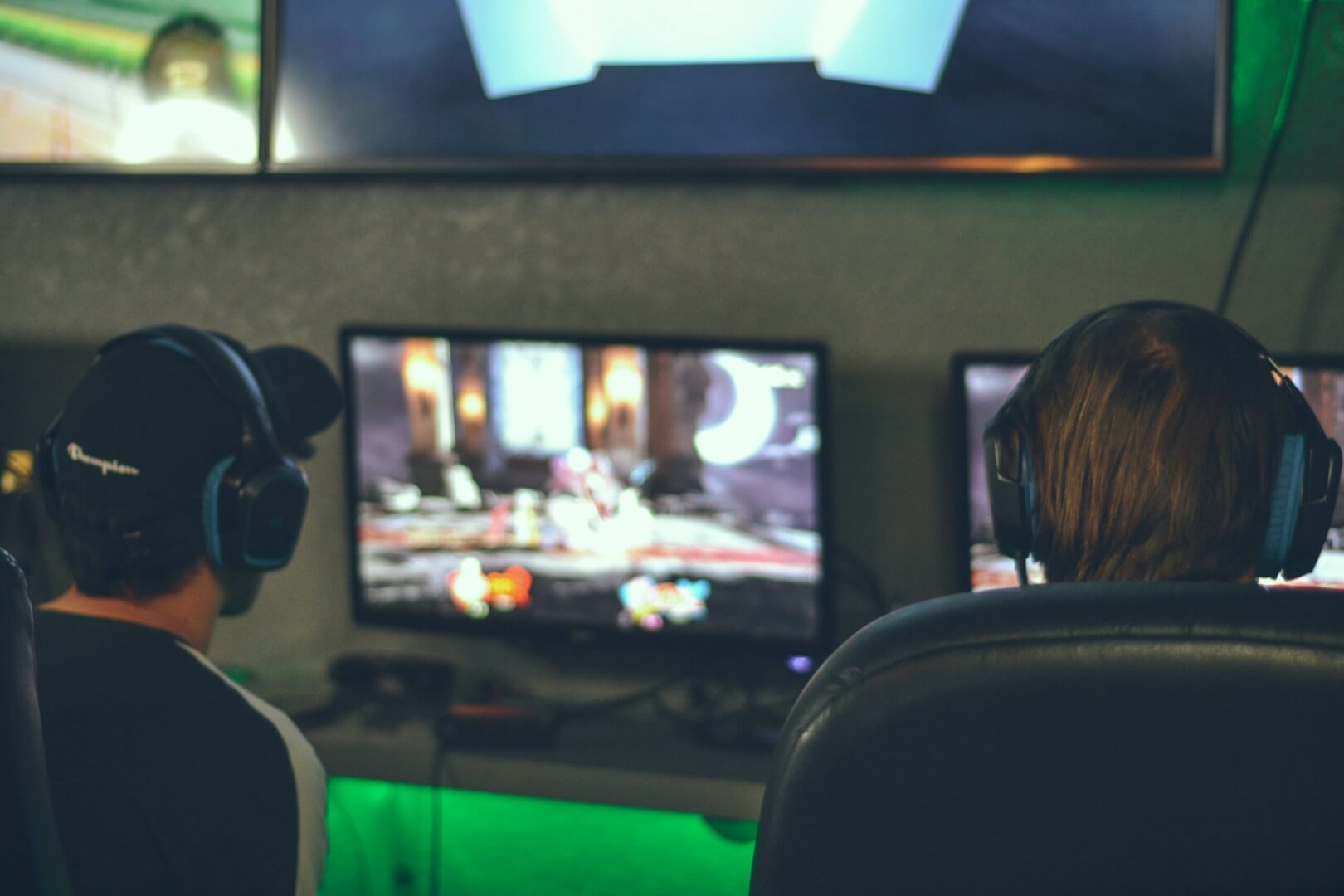 Photo by Alex Haney on Unsplash

What’s better than playing sports in real life? Nothing, you say? Well, how about playing sports video games as a compromise. For all the sports fanatics out there, even you must realise that you can’t get out on the football field, basketball court, or racetrack 24/7. Whether it’s an injury or bad weather, there’s always a time and place where you can take a break from the real world and play a sports video game.

No matter what type of sport you’re into, there’s definitely a video game for you. Of course, the biggest sports produce the biggest games, but that doesn’t mean a fantastic rally driving or cricket game can’t be found (see below). We understand that there’s always going to be a difference of opinion based on which console you use or which era of gaming you grew up in, but this is our list. Feel like picking up a controller? Then check out our picks for the top six sports video games of all time.

If you don’t like cricket, then even that’s no excuse for this amazing sports video game. While it’s true that cricket can be boring at times, there’s certainly nothing tedious about SIC. Released in 1994 for the Super Nintendo, SIC unfortunately didn’t have any licence to use real names of players, but in the end, who cares? N. Power (we didn’t even get first names) was close enough to Australia’s batsman, David Boon.

The game mechanics were so simple to pick up, and there’s really no tactics you have to worry about. Everything from whacking the ball away for a six to clean bowling your opponent to unlimited “HOWZAT?” appeals is just awesome, but the gold medal has to go to the background calypso music on a loop. Somehow, it never gets annoying and adds yet another reason to play SIC non-stop.

The only infuriating aspect of the video game was the coin toss at the start to determine which team would bat first, because of course, who doesn’t want to be the batting team right out of the gate? Cue a lot of console resetting until you got the outcome you wanted.

1994 was clearly a good time for sports video games, as this year also saw the release of the acclaimed NBA Jam: Tournament Edition. Of course, NBA Jam was already famous in arcades across the world, but TE was the version that really made it explode (not literally) on consoles like the SNES and Sega Genesis.

It had everything you needed from a basketball video game, including high-flying dunks, incredible commentary (“he’s on fire” and “boomshakalaka” were everyone’s favourites), the ability to shove over an opponent, as well as fast, frenetic action that made the sport so much fun.

There was no Michael Jordan, sadly, but the game was stacked with real players from the NBA and, best of all, there were secret characters to unlock, such as American presidents, celebrities, and even team mascots. Dozens of NBA Jam sequels and imitators have appeared over the years, but not a single one has come close to matching TE’s fame and success.

One of the funniest stories about NBA Jam is that the game’s creator, Mark Turmell, actually snuck in a secret code (against the wishes of others) that would make it incredibly difficult for the Chicago Bulls to beat his favourite team, the Detroit Pistons. In an interview, Turmell explained how the code went into NBA Jam: “I didn’t want to ruin the game by making that combination impossible for the Bulls to win. That wouldn’t have been right. But I made it so that they would miss their last-second shots in a close game against the Pistons.”

We know, we know, everyone goes crazy for Tony Hawk’s Pro Skater 2, but in our eyes, Skate 2 has way cooler skateboard mechanics. The thumbsticks create such a great way to flick the board up to create ollies, kickflips, nosegrinds, and whatever else a rad skater would get up to in a city.

Released in 2009, Skate 2 had far more variety in the tricks than the original version, especially for half-pipes, but the later Skate 3 felt pretty much exactly the same as the second edition. For pure cruising and the joy of executing the damn trick after attempting 9,000 times, then it’s hard to beat Skate 2. The lack of big skater names is a bit of a minus, but the character customisation is great and the progress ladder really makes you work your way slowly but surely to the top of the skater world.

Skate 2 even had an amazing mode where the goal of the video game was actually to hurt yourself. You’d fly off your board and basically attempt to break as many bones as possible, which was a lot of fun when it became tiring to pull off some ridiculous trick.

Get ready to learn all about hairpin turns and Scandinavian flicks, because you’ll need all the help you can get to be a master of CMR 2005. Arguably one of the best racing games, the nerve and skill necessary to complete the fastest times on the toughest circuits isn’t easy to achieve, but over time, you’ll feel like a real Sebastien Loeb.

After the untimely death of Colin McRae, the series transitioned to the Dirt moniker and the racing was more arcade, less fun, and not quite as adrenaline pumping. But take a trip back to CMR 2005, where you can race down a mountain in Japan with a jacked-up Subaru Impreza and only take your trembling hands off the controller when you’ve crossed the finish line.

Let’s go back to the WWF (now WWE, oh how times have changed) in the year 2000, where The Rock was just another wrestler and nowhere near a movie screen. We also had Triple H, Stone Cold Steve Austin, The Undertaker, Kane, and all sorts of colourful characters pretending to hit each other in the ring.

But in the sports video game world? WWF No Mercy was a fantastic fighting game with all the characters’ real finishing moves and the pomp and splendour that comes with professional wrestling. As many games still can’t figure out, the controls were just simple to understand and, what’s more, it was silly fun. No Mercy didn’t take itself so seriously, which is perfect for a WWF game.

Although the graphics are a bit old hat now (modders still love to update the game to play online), it was cutting-edge at the time and a real treat for teenagers wishing they could perform a Stone Cold Stunner in the ring for thousands of adoring fans.

NHL 94 – To the average person, watching ice hockey makes as much sense as theoretical physics (it’s easier just to view The Mighty Ducks on Disney+), but we must say that NHL 94 was an absolute hit back in the day. It was a complete joy to zip around on the rink and whack the puck into the net again and again. The gameplay was gorgeous and the controls were basically just pass or shoot, which is more than enough for most sports video games.

FIFA – We could sit here and debate whether FIFA 2015 was just a touch better than FIFA 2017 until the cows come home, but the truth? They’re all pretty much the same but with updated graphics, a couple of new moves, and updated rosters.

Some players love the unpredictable and wackiness of Pro Evolution Soccer (now called eFootball) or the fine-tuning dedication of the Football Manager series, but for most of the world, FIFA is the game to make everyone mad and throw their controller against a wall until they score the winning goal.

NBA 2K – Now that EA’s NBA Live series of basketball video games is done and dusted (NBA Live 19 was the last version), NBA 2K is the new king of basketball simulation games. And we do stress simulation, because the 2K games take the art of making a video game incredibly seriously.

The later entries into the series require about 900 buttons to perform a lay-up against an incredibly tough AI. Sometimes we wish the games had a bit more humour and fun about them, but we’ll just have to wait for the new NBA Jam for that. The same company does make the NBA Playground series, but these are just fine, rather than anything to change the world.

Straight up, you’re lying if you didn’t enjoy the thrill of trying out Wii Sports for the first time back in 2006. Okay, so it might feel like a bit of a funny gimmick now and the graphics are way out of vogue, but using motion controls instead of just mashing buttons? Pure brilliance.

While the boxing, bowling, golf, and baseball options were solid, it was always tennis that made us come back for more and more in this transcendent sports video game. Did you accidentally knock over a lamp when swinging too wildly or send the controller flying out of your hand if the strap wasn’t connected? Of course, but those things are part and parcel of the Wii Sports experience.

Tech companies are still trying to recreate the initial Wii Sports feeling with special cameras attached to the console and virtual reality headsets, but if simplicity is all you need, then just fire up Wii Sports again and hit a game-winning shot for a Grand Slam tennis title.