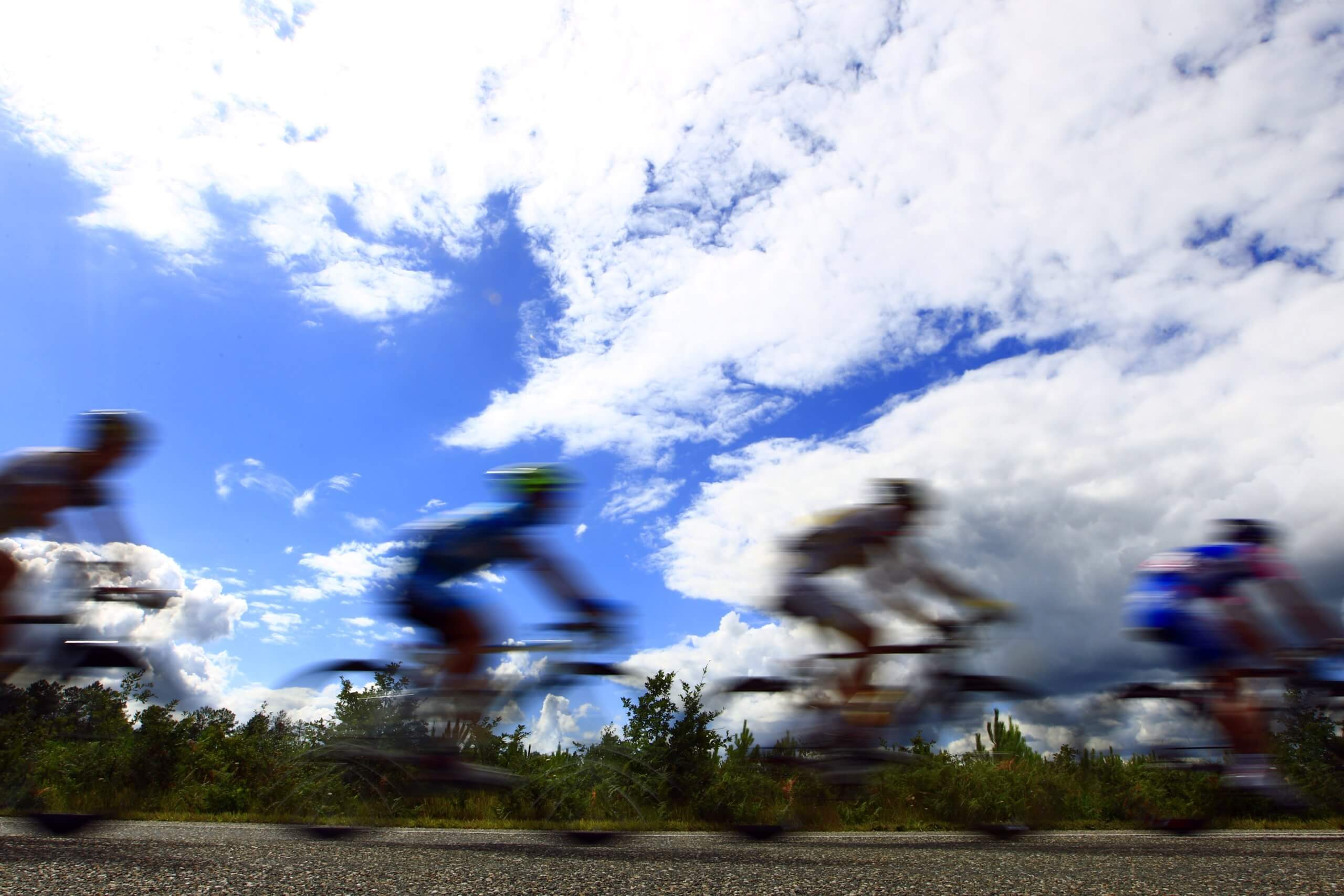 From 14 August to 5 September, the last of cycling’s three grand national tours will take place in 2021 – the Vuelta a Espana. Fans of the sport can look forward to a top-class field of favourites and some of the best riders in the world. Consequently, one of the highest-quality editions of the Tour ever is expected.

The main favourite is once again Primz Roglic, who won the most important Spanish cycling race in the past two years. Similar to last season, the biggest threat to the Slovenian could come from Ineos. The leaders of the prestigious racing team, Egon Bernal and Richard Carapaz, form a double front just like Enric Mas and Angel Lopez for Movistar.

Read all about the race with out Vuelta a Espana 2021 preview.

Vuelta a Espana 2021 Preview: The favourites

Primoz Roglic
Roglic’s victories in 2019 and 2020 really say it all. The Slovenian is perhaps the most complete cyclist in the world at the moment. He proved this fact again recently when he won the gold medal in the time trial at the Olympics.

Last year Roglic came from a shock at the Tour de France, when he lost the yellow jersey to Pogacar in the final time trial. This year, his peak in form was again at the Tour. However, he was involved in crashes in the first week of the Tour. Subsequently, it turned out to be impossible for Roglic to race for the overall victory due to the pain. Consequently, the Vuelta once again serves as consolation – and according to our Vuelta a Espana 2021 Preview, the 31-year-old is the absolute top favourite!

Richard Carapaz
In addition, the Olympic road race champion will also be part of the race. Richard Carapaz has established himself as one of the most solid cyclists alongside Roglic and Pogacar in recent seasons. His Giro victory in 2019 was followed by second overall in the Vuelta last year and third overall in the 2021 Tour de France.

Fans will remember the heated duel between Carapaz and Roglic at last year’s edition of the Vuelta. During this, the Ecuadorian had emerged as the stronger in the mountains. But Roglic secured the overall victory in the end thanks to the bonus seconds he had collected – with a wafer-thin lead of 24 seconds, which almost melted away in the final mountain stage.

The question will be how much gas Carapaz has left in the tank. After the many kilometres of racing in France, as well as the travel stress at Tokyo, the 28-year-old could suffer from fatigue, especially in the third week.

Egan Bernal
Team Ineos, however, has a second ace up its sleeve: Egan Bernal. The Colombian has already won the Giro this year. His greatest success, on the other hand, came when he won the Tour de France in 2019. This was followed by a lengthy injury that put Bernal out of action for the following season. At the Giro, he has partially returned to his excellent form of 2019. Nevertheless, he allowed himself to be dropped several times during the third week.

Most recently, Bernal took part in the preparation race of the Vuelta a Burgos. In the mountains, he had to let the other favourites go. Consequently, there is still a question mark behind the form of the climbing specialist in the run-up to the Vuelta.

Miguel Angel Lopez & Enric Mas
Team Movistar will also be competing with two team captains. Both have already competed in the Tour. While Lopez, like Roglic, was involved in crashes and left the race after stage 19, Mas finished in a solid 6th place.

Before the Vuelta, however, the cards will be reshuffled again. Lopez certainly has the potential to keep up with the very best in the mountains or even pull away. His big weakness, however, is the time trial. A discipline in which he regularly loses several minutes. So far, this weakness has always stood in the way of the “Superman” achieving a place at the very top of a Grand Tour.

Mikel Landa
Another highly exciting name in the field is that of Mikel Landa. The Spaniard started as captain at the Giro, but had to leave the race after an injury on the 5th stage. The disappointment was accordingly huge, because Landa was in good form and made a strong impression on the first mountain stage.

Because of this, Team Bahrain – Victorious should be full of hope that Landa can now pick up on this form again and compete for the podium. At the Vuelta a Burgos, the 31-year-old impressed and took the overall victory. Landa also has a top-class noble helper in Damiano Caruso.

The Italian had taken on the role of captain in the Giro and claimed second place overall in the end. Should Landa weaken, a similar scenario could occur at the Vuelta again.

The outsiders
Many have Aleksandr Vlasov of Astana in mind. Like many other riders, the Russian took part in the Vuelta a Burgos in preparation. Although he remained inconspicuous there, his results in the past months suggest that he could improve his form again before the start of the Vuelta. At the Giro 2021, he only just missed the podium. He also finished Paris-Nice in second place and the Tour of the Alps in third. At the 2020 Vuelta, he was among the best in the mountains.

It has been some time since Fabio Aru was mentioned as part of a list of favourites for an overall classification. The 2015 Vuelta winner has regularly disappointed on the big stage since his departure from Astana in 2017. In the summer of 2021, however, he recorded his best results since then: second places in the overall classification at the Tour of Sibiu and the Vuelta a Burgos. It will be interesting to see whether Aru can build on this and keep up with the best at the Vuelta.

British riders at the Vuelta 2021

Team Ineos is not only going to the Vuelta with the two South Americans Bernal and Carapaz. Adam Yates is also part of the team. Should both captains not be able to reach their potential, it could be the turn of the fourth-placed rider of the 2016 Tour de France. Normally, however, he will act as a helper.

Hugh Carthy also put an exclamation mark on the Vuelta a Burgos. The Briton only finished 41st overall. However, he won the most difficult stage with a mountain finish on the Lagunas de Neila. Carthy is also last year’s third-placed rider and will certainly want to prove he can be amongst the best in the tough mountain stages.

The 76th edition of the Vuelta starts on 14 August in Burgos and ends after 3336.1 kilometres in Santiago de Compostela.

The first week of the race already offers a time trial, two mountain climbs (stage 3 to Picón Blanco & stage 7 with six categorised climbs, two of them first category to Balcón de Alicante) and a steep final. Favourites who are not in good shape early on can therefore lose a lot of time already in the very beginning.

In the second week there will also be a lot of climbing. Both the difficult 9th stage to Alto de Velefique and the 14th stage to Pico Villuercas end with long and steep mountains. In between, there are a few stages in lower mountain ranges that could mean a chance for glory for the escapees.

There are again many hilly stages to be mastered during the third week. So if the first places are close together, you can expect many attacks from the favourites. The fact that there are many aggressive riders in the peloton, such as Roglic, Carapaz, Bernal, Lopez or Carthy, should also contribute to this.

The highlight of the third week is the 18th stage, which leads to the dreaded Altu d’El Gamoniteiru. There, an agonising average climb of 13.3% on the last kilometre could provide a preliminary decision in the overall classification. But also on the stage 19 and 20 there are still some metres in altitude to be climbed before the riders have to race against the clock for a second time on the last stage – a whopping 33.7 kilometres!

Vuelta a Espana 2021 Preview – All stages

In the UK, the biggest cycling races are usually broadcast live on Eurosport. This is also the case with the Vuelta 2021. Charlton Kirby and Sean Kelly will lead the TV spectators as usual through the stages, with many experts off- and onside adding their expertise.