The National Hockey League, or NHL, is a North American hockey league that happens to be one the most popular sports leagues in the US and Canada. It's also widely considered to be the world's most prominent hockey league.

The NHL has the oldest existing championship trophy in all of North of America, and the trophy's passed on every year to the league playoff champions in the Stanley Cup. On average, the Stanley Cup has had more than 5 million viewers per game during the last decade, and that's only in the US. Outside of Canada and the US, NHL has lots of fans in countries like Sweden, Denmark, Finland and the UK. The games are also broadcasted in Mexico, Australia and New Zealand and Brazil.

The NHL is undoubtedly the world's most internationally followed hockey league, and therefore also the ultimate for players looking to compete at the highest level.

There are no upcoming events for NHL. See more events for Ice Hockey.

The NHL began in Montreal back in 1917. After the NHA (National Hockey Association) had been suspended, the NHL quickly stepped in and took the NHA's place as one of the leagues to contest for the Stanley Cup.

At that time, the NHL only had four teams, and all of them were Canadian. However, a few years later the league expanded and started including North American teams as well. The Boston Bruins was the first American team to join, and by 1967 the NHL had six competing teams, which these days are referred to the as the Original Six.

Although NHL has its roots in Canada, the league's had its headquarters in New York since the late 80s. Today, the NHL has players from 20 countries, but the majority of the players are still Canadian.

The NHL currently has 31 teams. 24 of these are based in the US and the remaining seven in Canada. The 31 teams are split into two conferences – the Eastern Conference and the Western Conference. Each conference is then divided into two divisions with 16 and 15 teams respectively.

Out of these 31 teams, the Original Six are the most valuable. The six teams that have been there from the start are the New York Rangers, the Toronto Maple Leafs, the Montreal Canadiens, the Chicago Blackhawks, the Detroit Red Wings and the Boston Bruins. 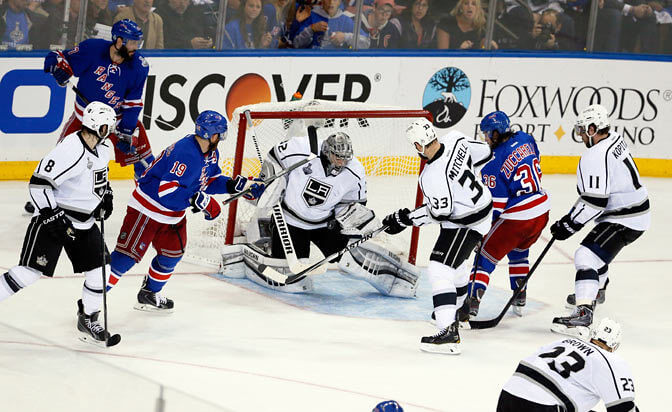 An NHL game is 60 minutes long. The game is divided into three 20-minute periods with an intermission between each period. The games are played on a 60 x 25-meter hockey rink, which is much narrower than the International Ice Hockey Federation standards. And this obviously allows for more high-paced and action-packed game.

NHL rules are based on the original NHA rules but have been slightly modified over the years. For instance, the penalty shot was adopted from the Pacific Coast Hockey Association so that players wouldn't be blocked from opportunities to score. The NHL has also made some changes to off-side rules. The rules also differ from The International Ice Hockey Federation (IIHF) rules when it comes to face-offs, icing the puck, equipment, penalties.

The NHL's divided into three preseasons running between September and October and a regular season running from September through mid-April. Lastly, there are the Stanley Cup playoffs.

Each team plays 82 games in the regular season - 41 home games and 41 on the road. Out of these 82 games, the teams will play 40 games against ten opponents from the other division of their own conference. These games determine the teams' standings and the eight top-seeded teams from each division make it to the playoffs where they battle for the championship. The teams get two points for a win, one point for a loss in overtime and no points for a loss in regular time.