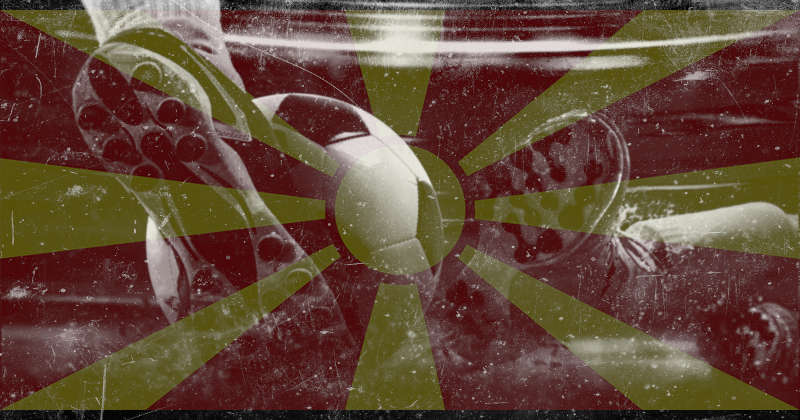 A look at the ultimate underdog: EURO 2020 – North Macedonia

Not many people know a loteither about the team, nor about the country itself. North Macedonia will appear in the EURO for the first time in its history.

We have wondered what is behind the red-yellow colours and taken a look at the country’s history, as well as the connection that North Macedonian has to football. Furthermore, we have analysed their squad and what they can offer to the upcoming competition.

The country of North Macedonia

North Macedonia is a country in Southeast Europe. It gained independence in 1991 as one of the successor states of Yugoslavia, the other being Slovenia, Serbia (including Kosovo and Vojvodina), Croatia, Bosnia-Herzegovina, and Montenegro. North Macedonia is bordering with Kosovo, Albania, Bulgaria, Serbia and Greece. Its small population of 2.06 million people, 25% of which reside in the capital city Skopje, presages what the participation at the EURO means to the country.

After decades of political conflict about the country’s name, as North Macedonia (before Macedonia) borders to the Greek district Macedonia, it was agreed on the current name only in 2019. It had been one of the most complicated and sensitive issues in the Balkans related to political, historical and cultural disputes between the two countries.

What does football mean for the North Macedonians?

As any other former Yugoslavia Republic, North Macedonia’s people live for the sport. When the country qualified for the EURO’s, people in all around North Macedonia lost themselves in huge celebrations.

They are in #Euro2021 , Pandev brought them there, and this is history. Congrats to them!

North Macedonians had never come close to reaching a major tournament before the 1-0 win over Georgia in their playoff final in November last year. That night, people from all ages could be seen outside, celebrating the country’s unlikely success like maniacs. 30 years of constant disappointment had transformed into a night of joy and ecstasy.

How did North Macedonia qualify?

The road for the Euro 2020 was not straightforward for the Balkan nation. North Macedonia finished third in their group with Poland, Austria, Israel, Slovenia and Latvia. They managed to collect 14 points during their 10 qualifier matches. In the ensuing two games, North Macedonia defeated Kosovo and Georgia and made it into the Euros. Goran Pandev scored the golden goal against Georgia that brought tears of happiness to his compatriots.

The 37-year-old is reaching the end of his incredible career, but continues to impress with Genoa in Serie A and with his country. Pandev has won the Champions League with Inter back in 2010. He was selected five times as the Macedonian player of the year, and he is the country’s all-time leading goal scorer. Pandev numbers 37 goals in 117 caps with the North Macedonian badge. Goran Pandev is considered by far the all-time best player that the country has ever produced. His experience and intelligence can put any defender in the world into trouble. Even though he is 37 years of age, he will be a starter and will have a massive impact to all the attacking chances that North Macedonia is going to create in the Euros.

Eljif Elmas has been a key player in the country success so far. Elmas is only 21 years of age, but he has performed strongly, especially when playing for his country. Eventhough not managing to establish himself as a starter in Napoli yet, he made over 30 appearances for the club so far. Elmas’ youthful energy and attacking presence can pair up with the legend Pandev.

North Macedonia has drawn into Group G with Austria, Ukraine and the Netherlands. On 13th June they are going to face Austria in their first match. Subsequently, they are facing Ukraine 4 days later. At the final matchday of the group stage, they will play against the Netherlands. It is clear that North Macedonia is the underdog of the group. However, they still have a chance to qualify even as one of the best third teams. If North Macedonia gets something from the game against Austria, they might have a realistic chance go through.

To conclude, it is a fantastic opportunity for the newcomers to shock Europe again as they are considered the biggest underdog of the competition. Accordingly, pressure does not exist. On the contrary, they have a perhaps unique opportunity to fill themselves and their compatriots with pride and tears of joy again.