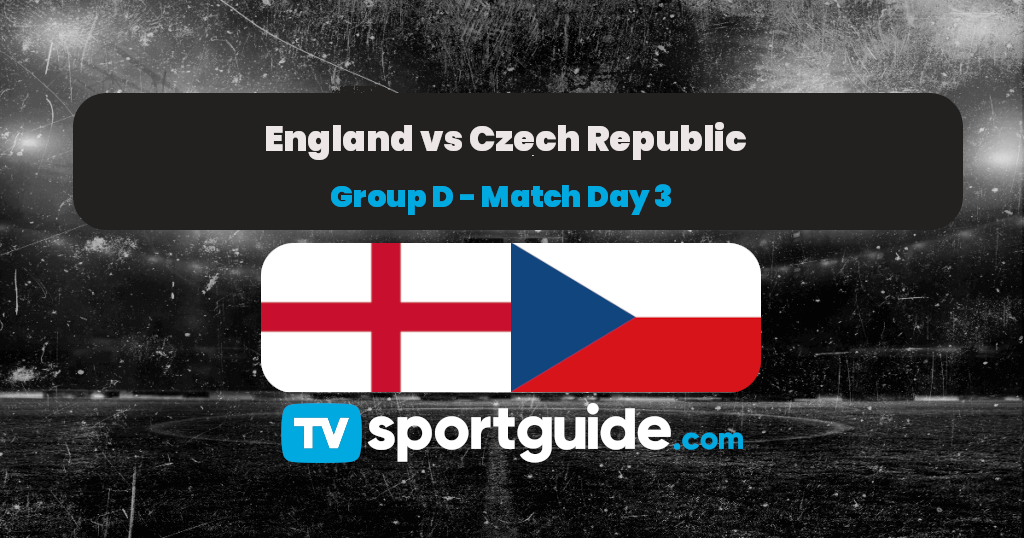 The three lions wrap-up the group stages with a game at Wembley against the Czech Republic, seeking to reach the EURO knockout stage for the third consecutive time. Nevertheless, it will be a difficult task for them, as the Czech Republic displayed some good elements in their previous two games.

England was disappointing in their second group match. Gareth Southgate’s squad lost their chance to qualify to the last 16 of the competition as they did not get beyond a 0-0 against their rivals Scotland. Even though England had created a few excellent chances, they showed stiffness in their ability to move the ball and break the lines.

Moreover, they lacked innovation and imagination when they had the ball in possession. Harry Kane was not a threat for the opponent’s goal for a second consecutive game. Defensively on the other hand, England was solid. Mings and Stones controlled most of the high crosses. However, Scotland could have shocked Wembley, if they had scored one of their few good chances.

Since the dissolution of Czechoslovakia in 1992, the Czech Republic have been present at every European Championship, finishing as runners-up in 1996 and in third place in 2004. At the current campaign, the Czech Republic has defeated Scotland and drew with Croatia. Most experts had expected an improved Croatian team during their second group match. However, the Czechs proved them wrong once again by managing to prevent the runner-up from the World Cup 2018 from creating chances.

Another draw (or even a loss eventually) would secure their qualification to the knockouts of the competition. In their second match, Czech Republic showed strong elements in their defensive operation and in their midfield area. They will need another golden performance, in order to compete with England, nominally the strongest opponent of the group.

England and Czech Republic have already faced each other during the qualifiers for this tournament. Back then, England had won comfortably at Wembley (5-0), but lost 2-1 when playing away in Prague. It was England’s first defeat in qualifiers for a major tournament in 10 years.

England has only faced the Czech’s twice before those matches in 2019, drawing in a friendly in 2008 and winning another one back in 1998.

England is expected to continue playing with the 4-3-3 formation. This system, in combination with the players available, offers defensive stability. An element that is very much appreciated by manager Gareth Southgate, who is keen to not be defeated at the last group match.

In the midfield, Mings and Stones will not lose their place in the starting 11 as they performed well. But the question, whether Jack Grealish will be a starter this time, has to be addressed. Grealish is considered the most creative player in the squad. Creativity, an asset that many English fans would welcome after the Scotland match. However, it remains to be seen whether Southgate will decide to make use of this creativity of Grealish, therefore sacrificing another player who may offer more value defensively.

Czech Republic’s 4-2-3-1 has worked out well so far. Soucek is controlling the lines and organizing the attacking part exceptionally in the midfield area. Darida as the creative ‘’number 10’’ always displays a threat in addition to Patrick Schick who scored three times already and sits at the top of the goal scorer list alongside with Cristiano Ronaldo.

The Manchester City striker is the only goal scorer for England in this competition so far. Sterling has also been active in the beginning of the game against Scotland. He is hard to stop in 1vs1 situations. In addition, as he has shown against Croatia, that he can play well in the space and is able to find chances to finish.

Patrick Schick was one of the most mentioned names during the first two match days. The 25-year-old Schick has scored 14 goals in 28 international games so far. However, the highlight of his international career surely was the second goal against Scotland a few days ago, when he scored from almost 50 meters away. The Bayer Leverkusen attacker is strong in the air as well as with the ball on his feet. He is a potent and charismatic striker who can press, shoot from distance and exploit the balls that are served into the penalty box. Schick is definitely a player to watch for Southgate who will have to find a solution to keep him quite in the game.

England will need a win to finish first in their group. Despite the disappointing draw with Scotland, we believe England will manage to come back stronger. The three lions have won two of their previous four encounters with the Czech Republic. Moreover, they have the advantage of playing at home at Wembley.

The Czech team has managed to hold Croatia in check at Round 2 of the group stage. Perisic’s technically brilliant individual action was the first goal conceded in the tournament by Czech goalkeeper Vaclik, while England have kept clean sheets in both of their group games.

We believe that the defensive compactness and the offensive qualities of the English team will help them to prevail by a goal or two margin in the end.