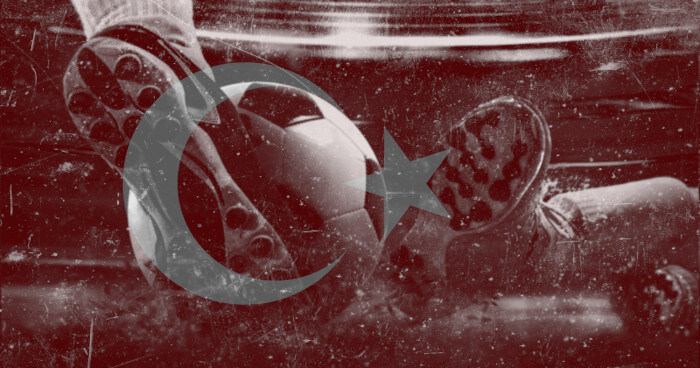 Playing in Group A, Turkey has qualified for their second EURO in a row. In Euro 2016, they did not make it to the knockouts. However, in 2008 they managed to reach the semi-finals of the competition by playing attractive attacking Football, led by a fantastic Arda Turan. Up to date, this is seen as one of the greatest achievements of Turkish football, only second to winning the bronze medal at the 2002 World Cup. Back in 2002, Senol Gunes was the manager that led Turkey to glory. The 69-year-old himself is going to coach Turkey in this year’s Euro 2020 again.

Turkey in its last games did not show a preference in a specific formation. Various iterations of the 4-2-3-1 were deployed, while a narrow 4-4-2 diamond was also experimented successfully in the previous matches. In addition, Gunes in some cases tried a 4-3-3 formation.

Turkey’s main reason for qualifying to the Euros was its defence (it was considered their weakness in the previous years). Turkey has conceded only three goals in the qualification stage. Soyuncu, Kabak and Demiral have proven themselves as three strong options for the CB positions while Senol Gunes will have monitored the huge season of the right back Celik, who won the League 1 title with Lille, with satisfaction.

Regarding the attacking line, Yilmaz is expected to be the main striker as he was in the recent World Cup qualifiers. With Kenan Karaman on the left, Calhanoglu as the number 10, and either Yusuf Yazici or Cengiz Under on the right, Turkey potentially harm any team and in many ways.

The average age of every squad in the EURO 2020. Turkey and England are the youngest teams, Belgium and Sweden are the oldest.

Burak Yilmaz has just shocked the world after this year’s performances with French champions Lille. Yilmaz had signed at the start of the season with Lille as a free agent. Few expected back then that the 35-yearold, who had only been successful in the Turkish Super League before, would become a main protagonist in the ‘’underdog story’’ of the year. The veteran forward is Turkey’s second-best scorer of all time (after Hakan Sukur). He is considered as one of the most charismatic goal scorers participating in this competition. Indeed, the opposite sides will better have a plan in order to keep Burak Yilmaz away from receiving the ball in the penalty area.

The AC Milan superstar is one of the hottest free-kick-taking midfielders and set-piece specialists. Accordingly, Turkey will be dangerous from set pieces, especially with their height and physicality of their players. Furthermore, Calhanoglou is considered a technically highly charismatic ‘’number 10’’ with the ability to bring his teammates into the best positions.

Orkun Kökcü is a 20 years old midfielder who plays at Feyenoord. Orkun was born and raised in the Netherlands and has played for the youth national teams of “Oranje”. However, Kökcü decided to represent Turkey and Senol Gunes’s side have many expectations from him for the future. He has very good passing abilities as well as a great vision and technique, which makes him a useful asset to break the opponents’ defensive lines.

Group A – Turkey: Expectations and prediction

The first game against Italy will be key to Turkey’s success at the Euro 2021. On paper, they have individuals with fantastic quality. If Turkey manages to find their defence line as strong as they were during the qualifiers, they are the second favourite behind Italy, as their attack is incredibly strong.