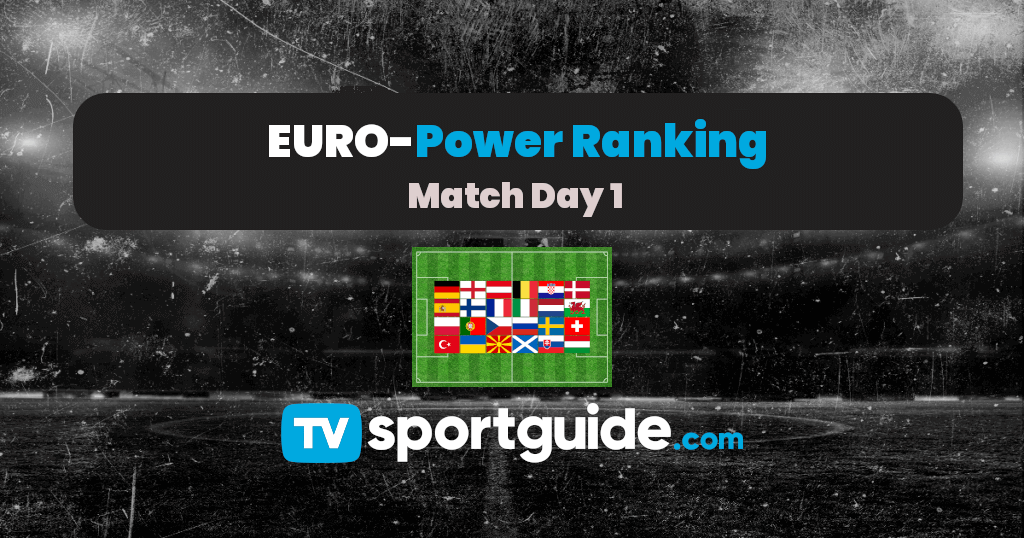 All teams have had their first outing at the Euro 2020. Spectators have seen plenty of drama, confident favourites and spectacular goals. We present you the 5 teams that made the best impression in our EURO 2020 Power Ranking after Match Day 1.

The world champions started the tournament as top favourites and lived up to their role in the top match of the first matchday. They were able to keep a strong German team almost completely at bay. In addition, France could have easily added a goal or two. Mbappe was just offside, when The Deschamps side had scored two exceptional goals more. In addition, Hummels was lucky that his tackle as last man against Mbappe was not considered a foul by the referee.

The French style of playing reminded of their performances at the World Cup – not necessarily pretty, but effective and extremely difficult to play against. Therefore, any team thinking of the title will have to get past the French team first.

The Belgian team also arrived as co-favourites and made a strong impression during their 3-0 win over Russia. Russia’s level of quality was difficult to determine beforehand, and they never really got into the game against Belgium. Therefore, the margin of the result was well-deserved.

Romelu Lukaku proved with two goals that he can become the absolute top striker of the tournament. The second top performer, Kevin de Bruyne, was still out due to a head injury. The Man City star was bak again ahead of the second match day and should join the team after the group stage at the latest. Belgium is a hot candidate to go all the way.

All information about the Belgian team can be found here.

The Italians are competing without the biggest names at the EURO – and were therefore considered a bit of an unknown team before the tournament had started. Against Turkey, they confirmed their impressive run and are now unbeaten in 24 games in a row.

Mancini’s team impressed with an attacking power-play rarely seen in an opening match before. The deep-standing opponents were broken through with seemingly ease. Overall, the Italians made an excellent impression. It will be interesting to see how they present themselves in the further course of the tournament.

You want to know more about the Italian squad and current matches? Click here.

The Netherlands showed two faces in their first match. On the one hand, they enchanted their fans with beautiful combinations in attack. Three goals against Ukraine are an indication of what “Oranje” are capable of offensively.

However, the fact that they gave away a 2-0 lead within a few minutes will give Bonds coach Frank de Boer food for thought. After all, their opponents were Ukraine. A team that has caused France, Spain and Germany immense problems in recent months.

The reaction to the setback, Dumfries’ 3:2 in the 85th minute, points to a mentally strong team that can get out of difficult situations. The Dutch are definitely a team to consider for a strong tournament.

Check out the next fixtures of the Netherlands here.

Admittedly, the English team wasn’t exactly brilliant in their opening match against Croatia. Given the pressure the whole team was under, the victory against the world cup runner-up may be a huge boost for the confidence of the English team, though. They now have great chances to walk through the group stage with relative ease, and, in case they beat Scotland, even rest some key players in their last group match against the Czech Republic.

What stood out against Croatia was a stable defence that didn’t let the opponent threat the English goal at all. Gareth Southgate’s team can thus build on their first performance. Check the England fixtures here.