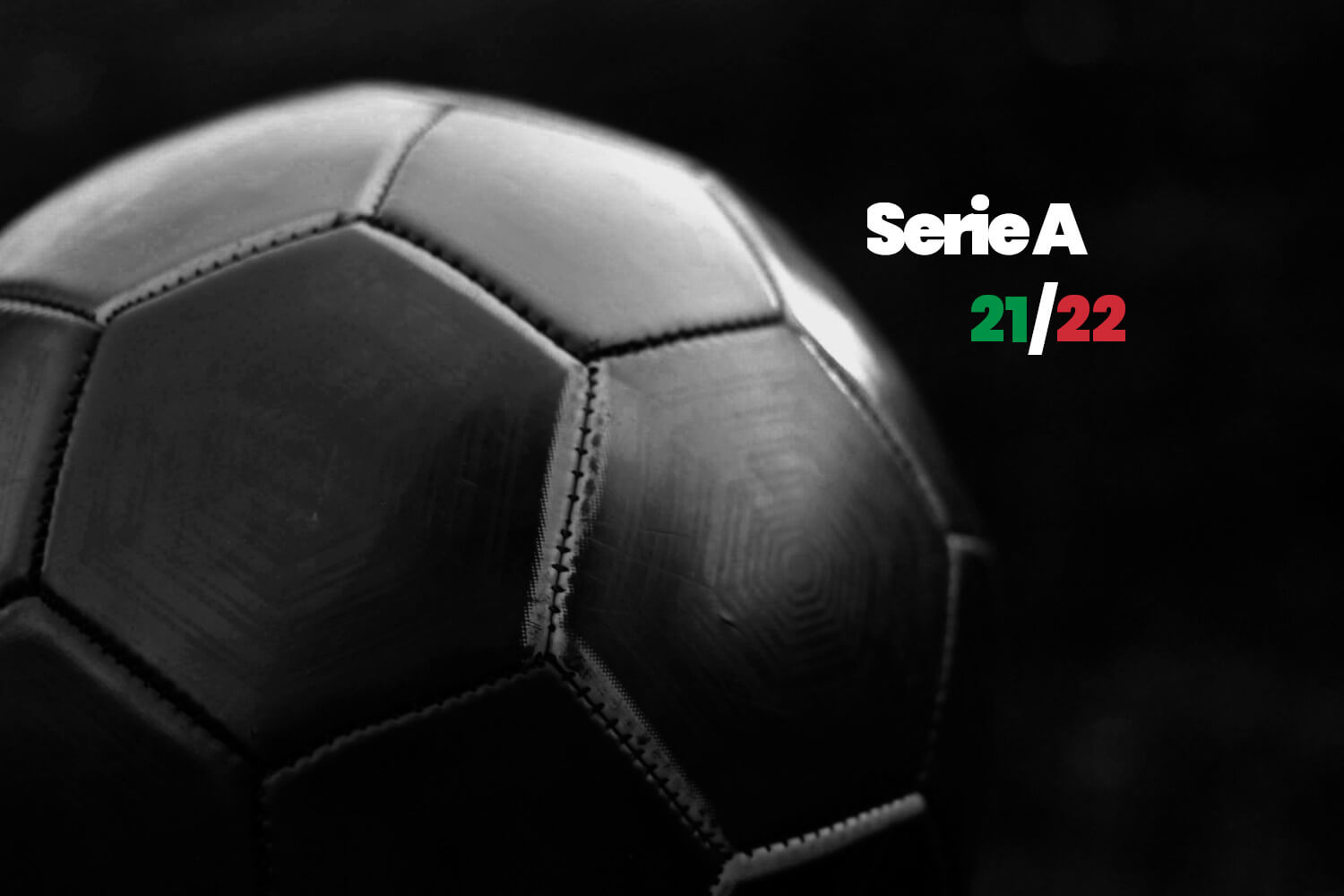 Image based on photo by Joshua Hoehne on Unsplash

The kick-off for the Serie A 2021/22 is coming soon. Reigning champions Inter were able to snatch the title from serial champions Juventus last season for the first time in 9 years. In the new season, the Nerrazzuri would like to launch another attack on the Scudetto.

BT Sport has the licenses for Italien top flight football and broadcasts around 200 matches of the Serie A 2021/22. Follow our TV guide and watch all Serie A matches.

It is also Inter who will kick off matchday 1 on Saturday 21 August. In their opening match, they take on Genoa at 17:30. There will be four games on both Saturday and Sunday, with two more games taking place on Monday as well.

The Serie A 2021/22 fixture list will be asymmetrical for the first time. This means that the second legs will be played in a different order to the first leg. As a result, Juventus and AS Roma, for example, will meet on Matchday 8 and Matchday 21 respectively.

With Allegri returning to the bench of the Bianconeri and considering the size and quality of the squad, the bookmakers give Juventus the best odds to win the championship.

Below we analyse the extent to which the biggest clubs have strengthened in the transfer market and who we think has the best chance of winning the Scudetto.

Inter
The Nerazzurri had to give up two key players. Right-back Hakimi was sold to Paris and centre-forward Lukaku moved to Chelsea FC for €115 million.

To compensate for the departure of the Belgian striker, Inter have snapped up Edin Dzeko from AS Roma. Meanwhile, Hakan Calhanoglu has signed from AC Milan at the start of the transfer period. In addition, Correa and Insigne are could be further transfer targets.

Milan
AC Milan have strengthened their squad with the addition of striker Oliver Giroud. The French World Cup winner has already scored a few goals in pre-season friendlies and is a candidate for the starting eleven.

It is still unclear whether coach Pioli will let him play alongside Ibrahimovic. The Rossoneri’s attack also features second striker Ibrahim Diaz, who has extended his loan for another year. If Ante Rebic is planned for the attack, they would even have another alternative. However, the Croatian can also move out to the wings. Milan have set themselves the goal of reaching the Champions League again this season. If they manage to start a winning streak, they could also become a title contender.

Juventus Turin
Massimiliano Allegri is back on the Juventus bench. After a disappointing fourth place in the previous season, the aim is to win the league title again in the coming season.

The most interesting personnel for the new season is Federico Chiesa. The Italian has played an outstanding European Championship. Furthermore, there Pablo Dybala, who is expected to extend his contract in the next few days and on whom Allegri wants to place more emphasis.

In addition, the management is on the lookout for a midfielder who can fulfil Allegri’s playing philosophy. The purchase of Locatelli or the return of Pjanic are the corresponding options. The Bianconeri will play their first Serie A match away at Udinese.

Atalanta
Gasperini’s team can call on almost all of its regular players at the start of the season. The only departures so far are Gollini and Romero, who have moved to Tottenham. In return, they have signed goalkeeper Musso from Udinese and defender Demiral from Juventus.

The future of Ilicic is still uncertain. AC Milan has shown interest, but nothing has been confirmed yet. Meanwhile, Colombian striker Zapata, who has been the subject of rumours regarding a transfer to Inter, is expected to remain at Atalanta.

Bergamo has enjoyed a unique development in recent seasons, even advancing to the quarter-finals of the Champions League in the 2019/20 season. This year, too, Atalanta may delight football Italy and Europe again. It could possibly be the year of the underdog in Serie A.

AS Roma
The arrival of José Mourinho on the Roma bench has reinvigorated the ambitions of the club and Roma fans. Despite the departure of Edin Dzeko, Roma have properly equipped themselves for the coming season. Among others, they signed the young striker Abraham from Chelsea FC and the Uzbek Shomurodov from Genoa.

Portuguese international goalkeeper Rui Patricio has been signed as a replacement for the departed Pau Lopez. Above all, however, may be the return of Zaniolo, who has recovered from two serious injuries. The Champions League qualification is the goal Roma wants to achieve. Knowing Jose Mourinho, however, he is likely to dream of more.

Napoli
Napoli have been rather cautious in terms of transfer activity. The main target remains the purchase of left winger Emerson Palmieri, who failed to get a starting spot at Chelsea. New coach Spalletti’s team also showed interest in Inter midfielder Vecino.

President De Laurentiis is cross against both departures and arrivals and wants to keep the team together. After missing out on the Champions League ranks last season, they will be going all out to qualify for the top flight again in 2021/22.

Serie A top scorers: The contenders

At the end of the 2020/21 Serie A season, Cristiano Ronaldo topped the goalscoring charts with 29 goals, 5 more than Romelu Lukaku. This year, there will again be a battle between the goal-hungry strikers.

In the absence of the Belgian, who has moved to the Premier League, CR7 is once again considered the favourite. Zapata and Muriel are also given a good chance. The Colombian duo from Atalanta scored 37 goals last year, trailing only Lukaku and Lautaro of Inter and Ronaldo and Morata of Juventus Turin. Gasperini’s side also boasted Serie A’s most prolific attack for the second year running, finishing the season with 90 goals.

Names like Immobile and Ibrahimovic, of course, cannot be missing from the list of contenders for the Serie A 2021/22 top scorer. Immobile contributed 20 goals in the league in 2020/21, while Ibrahimovic scored 15 times in 19 games.