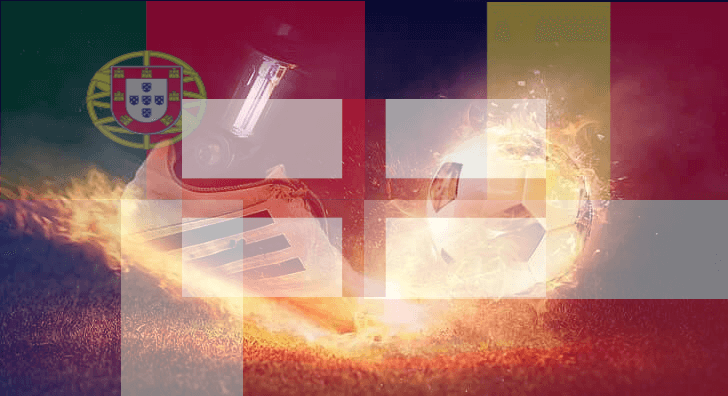 In this summer, fans will be able to see some of the best football talent in the world, competing for one of the most coveted trophies the sport has to offer. We are introducing potential EURO 2020 Top Scorer. Many of the world’s most dangerous attackers will be part of the party. TVsportguide has listed analyzed the hottest ones. Do you agree? Who is your favourite striker of the competition?

Harry Kane is considered as one of the favourites to be the top goal-scorer of the tournament. He has already won a major international individual award, when becoming the top scorer of the World Cup 2018.

Kane is a tremendous finisher who often only needs one opportunity to strike. The Premier League star has scored 34 goals in 54 caps for his country. Recently, he shocked whole of England by announcing that he would like to leave Spurs for a higher level team and play Champions League football.

However, the Covid-19 situation prevents clubs to spend without limits. The chance to present himself to potentially interested clubs may serve as an extra motivation for Kane to deliver a great tournament. England will face Czech Republic, Croatia and Scotland during the group stage phase; three opponents not particularly well-known for a strong defence. Accordingly, Harry Kane has the ability to score a couple of goals already in the Group stage.

Romelu Lukaku has just had one of the best seasons of his career, if not the best. He scored 24 goals in the league and played a huge part in Inter Milan’s sensational campaign, which they finished winning the Scudetto. Moreover, Lukaku has delivered well when he played for his national team. So far, he numbers 60 goals in 93 caps. Amazing stats if it is considered that he is just 28 years of age. Lukaku can score literally with every part of his body. He is big and strong. Thus, only a few defenders can challenge him when he gets the ball in front of the defenders. Playing with his back was taught to him by Antonio Conte, and it is what may have elevated him to another level. Lukaku is also a hard to defend in the aerial duels. Belgium will face Russia, Denmark and Finland in the Group Stage. These are all teams that Lukaku can score a few goals against and take the advantage in the top goal scorers’ board. Moreover, many experts expect Belgium to reach far at this EURO.

Cristiano Ronaldo does not need any introduction. He is one of the best players and goal scorers of all time. He has scored 103 goals for his country, including 9 hat tricks. Just seven goals separate him from becoming the all-time leading scorer with a national team (surpassing Ali Daei of Iran).  In addition, scoring one more goal at the EURO would make him the all-time top goal scorer of the competition, leaving Michel Platini in the second place. This is his 5th participation in the Euros for the Portuguese superstar.

It is well known that Cristiano is a tremendous finisher, especially when he has players around that can deliver the ball precisely. In this year’s EURO, he will be surrounded by the likes of quality players like Bernando Silva and Diogo Jota. Thus, he may be able to focus more on the goal scoring, instead the creative part. Portugal is going to face Germany, France and Hungary in the group stage phase. Therefore, some of his main competitors for the top scorer award might seem in an advantage regarding the scoring of many goals early in the competition. Nonetheless, Cristiano has shown several times in the past that he can be a man for big matches, and he will surely not let the opportunity pass to become the new holder of some individual records.

Even though Poland is not considered as one of the big teams of the competition, it will be disrespectful to leave the current best striker in the world out of the picture. Robert Lewandowski has scored 66 goals for his country in 118 caps, and he is the best player that the nation has ever produced. The polish striker has plenty of individual awards, such as: ‘’FIFA Best Player of the year 2020 ‘’, ‘’Golden Shoe 20-21’’,  ’’6 times Bundesliga Top Scorer” and many more. Poland will face Slovakia, Spain and Sweden in the group phase. If Lewandowski performs well and scores, Poland increases its chances to go through. Let’s see if the Lewandowski manages to surprise and upset a few big names in the competition.

On 18 May 2021, following speculation from the media, Benzema was officially included in France’s 26-man squad for UEFA Euro 2020, his first call-up to the national team in over five years. Benzema just had the best season of his career in La Liga. He played 33 matches (plus 1 as a sub), scoring 22 goals and delivering 9 assists.

Benzema’s quality is undeniable, and the French fans are excited about what he can add to this current French team full of young superstars. France is in the probably toughest group the competition, facing Portugal, Germany and Hungary. Yet, they are expected to proceed, and be part of the competition until the very end. Benzema will be the main striker, and he will be keen to justify his nomination.