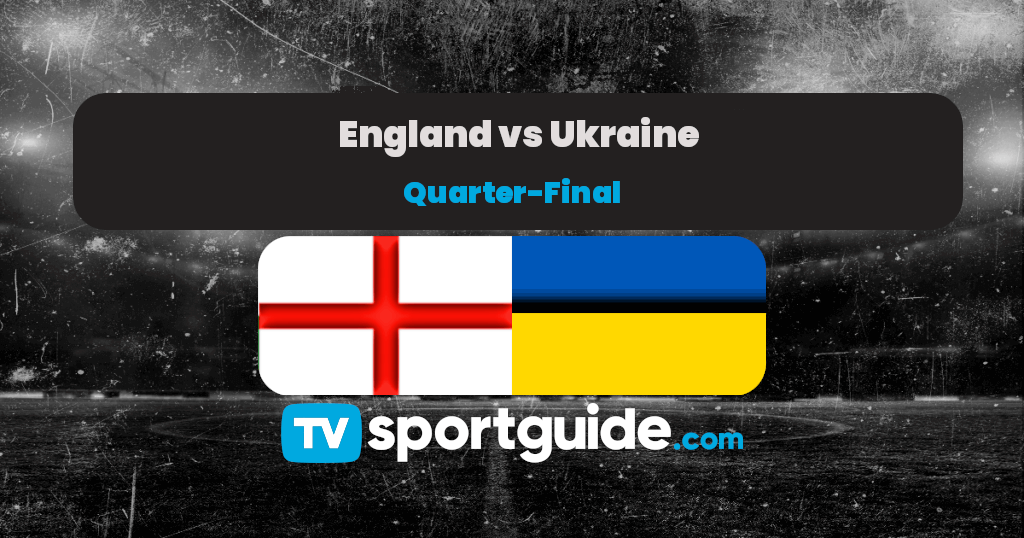 The second semi-finals in a row? England will face Ukraine for another spot among the top 4 at the EURO 2020. The match will take place in Rome at Stadio Olimpico on the 3rd of July.

Both teams are living their dream of lifting the trophy in July, after solid performances in the Round of Last 16. England defeated their rivals Germany with 2-0. Ukraine went through with a last minute goal in extra time against Sweden. Now the two teams will face each other in a major competition the first time after nine years. Back then, Wayne Rooney scored the only goal.

England won against Germany in the Round of 16, breaking a knockout spell that had emerged in the 1980 World Cup. The atmosphere in Wembley has been euphoric. English fans celebrated this massive victory with everything they had. ‘It’s coming home’ was being chanted all over London. Gareth Southgate has once again managed to bring the hope back to the fans. His defensive strategy worked like a charm against Germany. England is now the only team that has not conceded a goal in the competition. During the last 900 minutes of play, their defence was only broken once.

Ukraine has eliminated Sweden in the Round of 16. Artem Dovbyk scored in the last minute of extra time to become the hero of an entire nation. Andriy Yarmolenko, Roman Yaremchuk, Ruslan Malinovskyi and Man City’s Oleksandr Zinchenko are the four players who carry the responsibility on their shoulders. They were already facing an early end of te campaign after finishing Group B on the third spot with only 3 points to their account. However, they just made it through to the Last 16 as fourth-best third of the group. This is already the greatest result in Ukraine football history. Shevchenko’s team likes to play attacking football. In the previous ten games, seven ended up with both sides scoring.

The three lions lost only one time in their seven meetings against Ukraine (World Cup qualifiers 2009). England has snatched four victories, two games ended as a draw. The only match at a major competition was at the EURO 2012, when England prevailed in Donetsk.

Ukraine never managed to score more than one goal in a match against England. In seven matches, they only scored three times.

Despite clear dominance in the head to head against Ukraine, England’s stats at the final stages of the EURO’s couldn’t be less encouraging. Each of the previous three times they came further than the Round of Last 16, they went to extra time and penalties. Against Spain in 1996, they managed to progress. However, defeat to Germany in the semi-finals in the very same competition followed up, only to suffer the same fate in the quarter-finals 2004 against Portugal and 2012 against Italy.

Southgate has produced a tactical masterclass against Germany. He decided to start with 3 centre backs and 2 wing backs instead of 4 in the back. The reason he chose to bring this strategy was to have a better control of Germany’s wing backs, especially Gosens who had performed well during the group stage. By playing with 5 at the back, Southgate outplayed Low’s biggest offensive weapon. However, the question needs to be asked whether Southgate will continue with 5 in the back, or change to his favourite 4-3-3 formation again. During the group stage, Ukraine has adapted a more attacking style, they have shown in the group stage. It is a team that likes to have possession and can take the ball to the wide areas well, where they have skilled players regarding crosses and dribbles. Yarmolenko remains the most dangerous player of the Ukrainian team. He will try to break England’s low block with an individual effort, just as he did against the Netherlands.

You know that the player to watch in this competition when England is playing cannot be anyone else than Raheem Sterling. Sterling was strong again in the game against Germany and scored the first goal. From the first minute of the match, he was active and dangerous. Moreover, he turned out to be the most creative player in the English game.

Sterling is the top scorer for England in this tournament with three goals. He had scored against Croatia and against the Czech Republic before. The English striker with Jamaican roots is very hard to stop in 1vs1 situations. If Sterling continues to perform as he did thus far, England will have a great asset in their attempt to reach the semi-final.

The West Ham winger is playing well at the EURO. He scored two goals so far and created most attacks of his side. Despite not scoring against Sweden, he showed himself as a leader and motivator on the pitch. Shevchenko expects many things from the Ukrainian veteran. His qualities can help the team to become the first side to score against England in this competition.

Ukraine is a dangerous team that can compete with the best teams. They were close to a draw against the Netherlands during their first group match, despite being down by 0-2. However, we shouldn’t forget, they only qualified for the knockout stage with 3 points. England, on the other hand, has proven their quality against their bogey opponent Germany. They have also defeated Croatia, world cup runner-up and England’s biggest rival in the past years. Southgate’s team makes a mature impression on the pitch. Furthermore, the individual quality is on their side. We expect a tight match with a slight advantage for England, that can go either way.