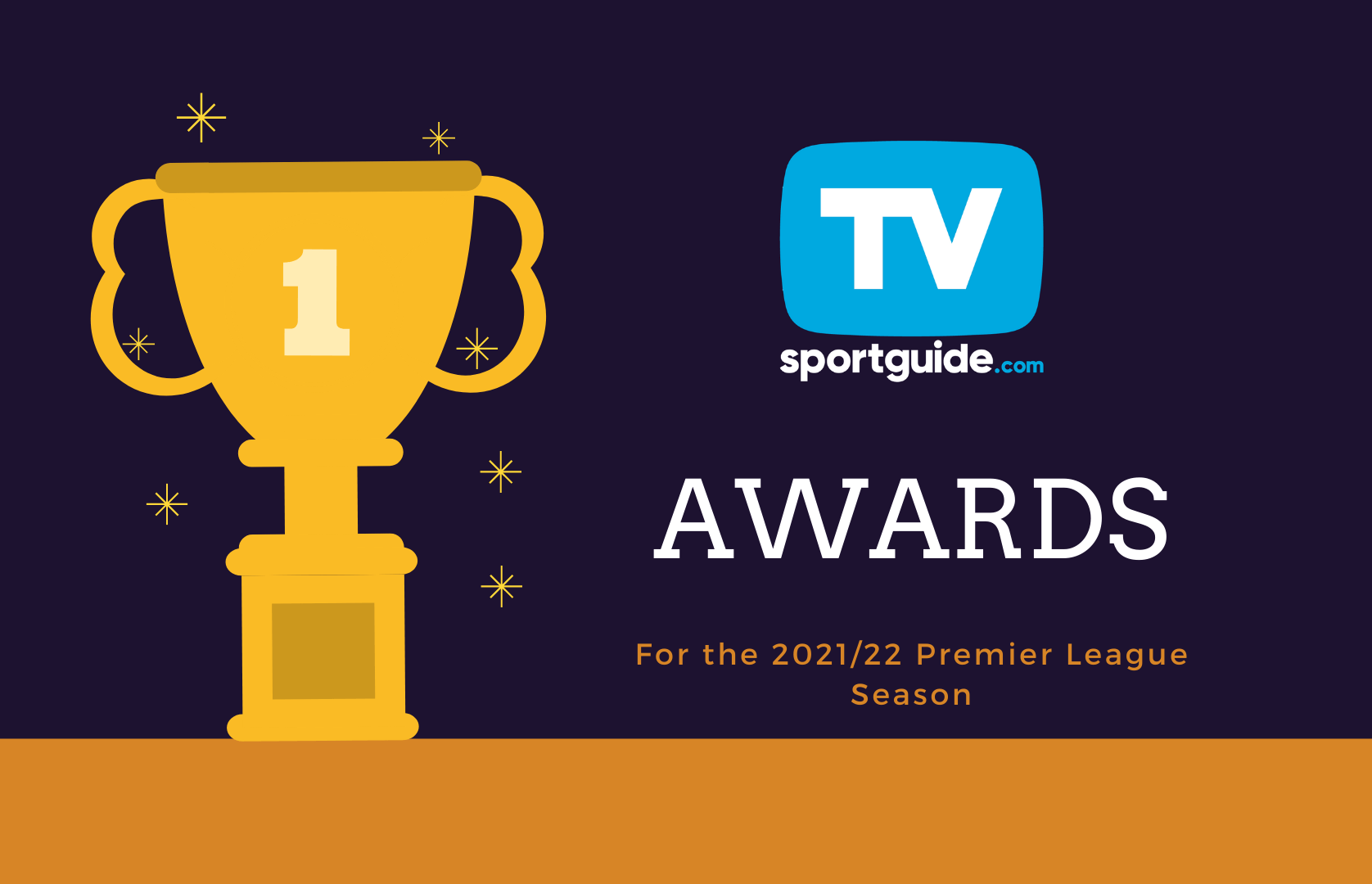 What a season the 2021/22 campaign has been! We have been blessed to see some incredible players battling out on the UK’s biggest stage in football. From Everton’s great escape to Man City and Liverpool’s outrageous title race. But like all good things, the season has come to an end, and it’s time to look back and reminisce. Welcome to our Premier League season recap as we present to you our very own TVG Awards.

Player of the Season

We have been blessed with an incredible crop of Premier League footballers this season and there many with a case to win the award. Upon reflection, we narrowed it down to three candidates. Kevin de Bruyne, Mohamed Salah and Heung Min-Son.

Son has been underrated this season. With Spurs’ poor start to the campaign, none of their players were receiving any plaudits from the media or fans.

This is somewhat understandable considering the form of the team back then. But now, Son has led Spurs to top four, winning the Golden Boot in the process. All the talk surrounds the manager Conte, but without his super forward there is no way they would’ve achieved what they have.

Mo Salah has also been sensational, particularly in the first half of this season. His goals were crucial in Liverpool’s title pursuit. After a quieter year last season, Salah was determined to hit back, and he did. He finished the season with 23 goals, level with Son as the golden boot winner and also with 13 assists, earning him the playmaker award too. The Egyptian king has rightfully been hailed this season.

However, these two just cannot compare to our winner. Mr. Kevin de Bruyne, the silky Belgian has been absolutely phenomenal this season. He may not have the most incredible output stats, but when you watch him play you know why he’s POTS. He makes everything looks easy and effortless. He has been the driving force behind Man City’s incredible season, the heart and soul. The quality de Bruyne possesses is not something you see every day. It would take some player to beat him.

His influence lasted all the way to the final day, as his tricky dribbling combined with a great delivery set up Gundogan for a tap-in to win City the title. An immaculate season for the playmaker, and a well-earned title of Player of the Season!

Goal of the Season

Goal of the season is a very subjective award, there are so many to choose from throughout the season that all have their own merit. The way we have made our decision is by looking at not only the quality of the goal, but the overall impact of it. The importance factor if you like.

This is why the goal of the season award goes to Dominic Calvert-Lewin. Everton were in a horrible position, trailing 2-0 to Crystal Palace at home, a result which would leave them needing to beat Arsenal on the final day to survive. There were just 35 minutes of play remaining when Michael Keane gave them a lifeline. This was followed up by another from Richarlison. Goodison Park was bouncing as the Toffees searched for a goal that would ensure their survival.

Seamus Coleman was working down the right flank for Everton, looking to create and was brought down by Wilfred Zaha, resulting in an Everton freekick. Demari Gray whipped the ball into a corridor of uncertainty and big Calvert-Lewin met it brilliantly. An amazing diving header from one of the biggest aerial threats in the league. Not only was it a beautiful goal, but it also ensured Everton’s Premier League survival. It was a massive goal in their history and one that Everton fans will watch back with joy.

Best Moment of the Season

There have been some incredible moments this season. It has been one of the most tight, competitive battles in all aspects that we’ve seen in years, with the title, top four and relegation all being decided on the final day. Everton’s survival was a massive moment as previously mentioned, Gundogan’s winner for City on the final day was another.

However, there was one moment that made the whole sporting world stand still in awe and that was the return of Cristiano Ronaldo. After the news of his return broke out, tickets to United’s next game became like winning lottery tickets. Everyone wanted to get hold of one. The impact of this man cannot be matched by any in football. He commemorated the moment by bagging two goals and dropping his notorious celebration in front of the iconic Stretford End. It was a sight to behold.

Was there any doubt over who would claim this award after Sunday’s display? The champions Manchester City, they have been dominant throughout this season and have almost been underrated. This is largely due to their disappointing Cup runs, Pep is almost a victim of his own success in that sense. The expectations people have of him are crazy, his season has been a great success and is still one of his worst ever seasons as a manager…

Manchester City have set a remarkable standard for not only themselves but for all the other English clubs.

Despite avoiding relegation, Everton are an easy pick for this award. They shouldn’t have been near the relegation zone with the quality in their ranks and Rafa Benitez as manager. Many, including myself, thought they’d be challenging for Europe! They did the complete opposite and were terrible for large portions of the season. They narrowly escaped the drop with some last-minute form, surprise victories against United, Chelsea, and Palace being the catalysts of their survival.

Overall, they were massively underwhelming and with the quality of their squad they are undoubtedly the worst performing team. Sorry, Evertonians!

Manager of the Season

An unpopular choice perhaps, but the work of Antonio Conte can simply not be ignored. He took over from Nuno Espirito Santo who was sacked after just 10 league games, he had Spurs sat ninth with 5 points separating them from top four. With the competition of Arsenal and Manchester United it looked like mission impossible to get the unmotivated side into the top four. But if there’s anyone to do that job, it’s Conte.

After 35 games, Spurs were trailing Arsenal by four points meaning they would need to win the remaining three fixtures to secure the fourth spot. One of these games came against their bitter rivals Arsenal. Arsenal were massive favourites for top four at that point. Conte coached a beautiful 3-0 win and then squeezed past Burnley to leave it all to the final day. Norwich was the last test and they aced it, winning 5-0 and qualifying for the UCL for the first time since they reached the final back in 2019.

Signing of the Season

There were a lot of massive signings in both the summer and winter transfer windows this season. From high profile exports such as Cristiano Ronaldo to players switching from one PL team to another like Jack Grealish. It was names like these that we were expecting to be up for this award, but instead the award goes to a lower profile January signing.

Dejan Kulusevski had struggled somewhat at Juventus despite his great potential. However, Spurs picked him up in a great deal, a loan with an option to buy for a decent fee. Kulusevski has been nothing short of brilliant for Spurs, scoring, assisting and just bolstering their overall attacking play. He has been instrumental in securing Spurs’ UCL return. We’re excited to see what he comes up with next season.

It’s a harsh award and one that no player will want to see attached to their name, but if there’s a best there has to be a worst. There are a few names who come to mind when you talk about failed transfers, Grealish has been a bit naff, Sancho has taken his time to settle but neither compared to the horrendous transfer of Lukaku to Chelsea.

The Belgian striker returned to his former club after being lethal in the Serie A for Inter, we all expected him to fire Chelsea into the title race and compete for the golden boot. He did neither, Lukaku scored just 8 league goals in 26 appearances and Chelsea were well off it, finishing 19 points off the top. Lukaku hasn’t worked in Tuchel’s system and Kai Havertz looks like a much better fit in the number 9 role. Another big money Premier League horror story for the Belgian.

TVG Team of the Season

Finally, we have our team of the season, the XI best players in the league in their position this campaign. This has been a tough one to pick but we have managed to narrow it down.

It’s sad to see this amazing season draw to a close. We can only hope that next season provides the same classic Premier League drama and iconic moments. We have a long wait until August 6th when we get to do it all over again.