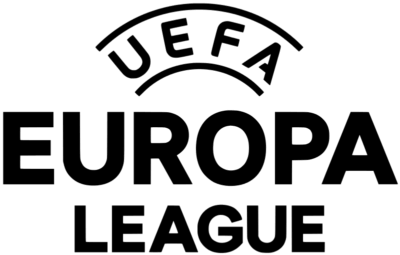 The Final in Baku

After finishing in 5th place in the 2017/18 season, with 70 points, 62 goals scored and 38 conceded, the Londoners qualified for the Europa League. The new coach from Naples Maurizio Sarri had the task of leading the team back on the road to success.

With Kepa, Jorginho, Kovacic and finally Gonzalo Higuaín, they have strengthened the team for all competitions and took a respectable third place behind Manchester City and Liverpool.

In Group L, Chelsea met PAOK Thessaloniki, Bate Borisov and MOL Vidi FC from Hungary. As expected Chelsea won the group and finished the group stage with five wins and a draw. In the next round they left the Swedes from Malmö behind and in the round of 16 they played against Dynamo Kiev. The Ukrainians were beaten 8-0 on aggregate and were no real competition.

The quarterfinal game against Slavia Prague was a bit more challenging. The Czechs made it 4-3 in the second leg in London but it wasn’t enough and Chelsea came once again out on the winning side.

We all remember the semi-final against Frankfurt Eintracht, which Chelsea won on penalties.

It remains to be seen how the transfer rumors about the Belgian superstar, Eden Hazard, could possibly affect the performance of the blues. Chelsea will also be missing the midfield giant N’Golo Kanté who had to stay home in London because of an injury.

The opponent in the National Stadium of Baku is the Arsenal FC from North London. The Gunners ended the season 2017/18 in sixth place and secured a starting place in the Europa League. The Gunner’s new coach, Unai Emery, who replaced Arsene Wenger after his 22 year long spell as a manager, is an expert in the competition. Under his leadership, Sevilla FC managed a perfect hat-trick in this European tournament when the Andalusians won the trophy in 2014, 2015 and 2016.

Emery strengthened the team on the defensive side with Leno and Sokratis and in midfield with Torreira and Guendouzi. In addition, the duo Aubameyang and Lacazette harmonized particularly well this season and scored a total of 35 Premier League goals.

In Group E, Arsenal faced Sporting Lisbon, Qarabag and Vorskla. Like Chelsea, they won the group on 16 points, conceding only two goals. After the group stage Arsenal met Bate Borisov and the Belarusians were defeated 3-1. In the round of 16 Arsenal travelled to France to compete against Rennes. This duel ended 6-1 in the favor of Arsenal.

Next up was a real heavyweight clash with Napoli. After a 2-0 win at the Emirates Stadium, the Gunners also won the away game 0-1.

The newly crowned Spanish Cup winner FC Valencia was defeated by the strikers Aubameyang and Lacazette, as the two center forward, with seven goals combined, defeated the Spaniards single-handedly.

Due to the experience that Unai Emery has in this competition and the incredible offensive power we believe that the Gunners has an advantage in the Final.