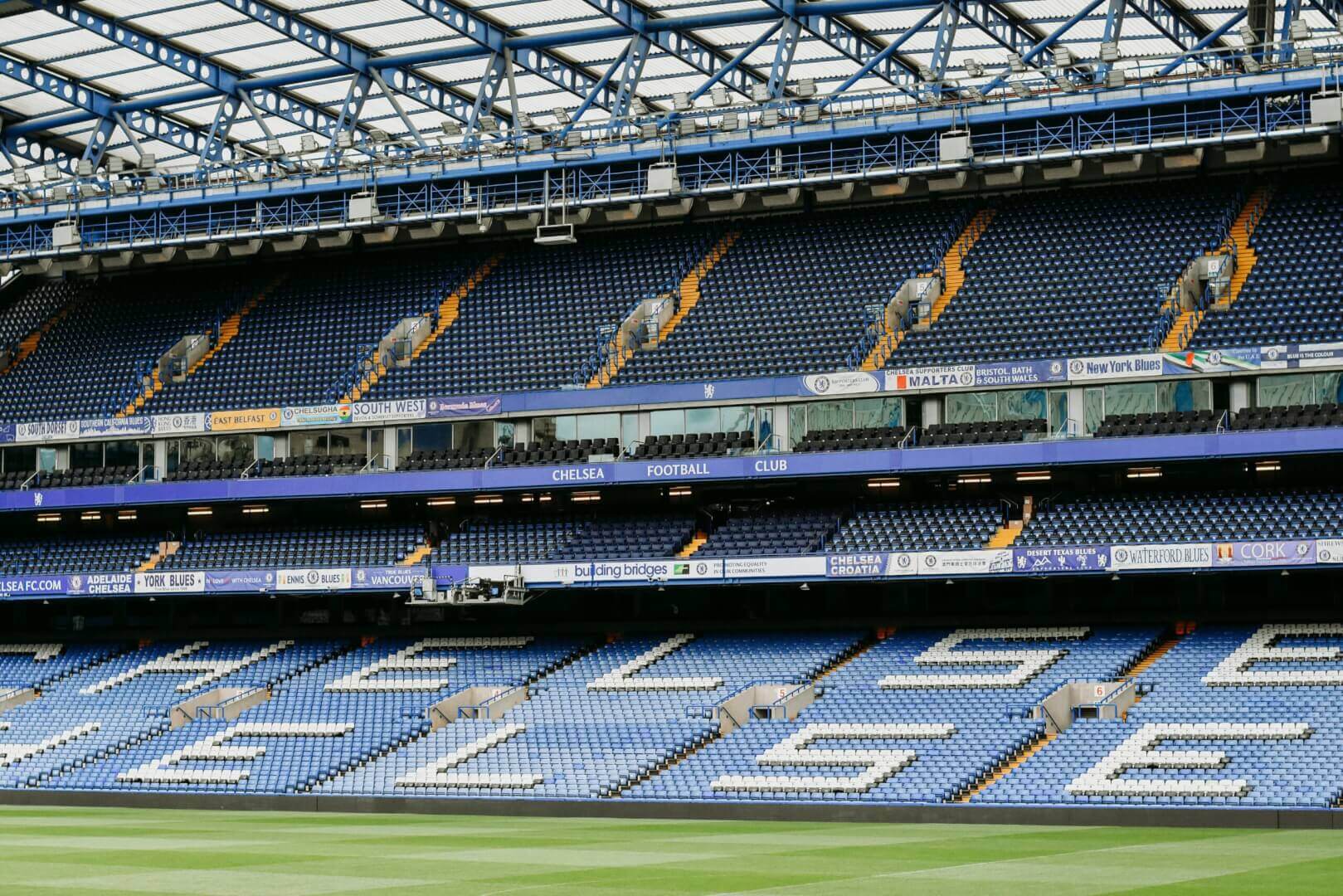 Photo by: Virginia Marinova on Unsplash

Who is Tuchel targeting for Chelsea? Transfer Window Preview

Last season, Thomas Tuchel and Chelsea had a fairly disappointing campaign. They were tipped as second favourites to win the league after City by some bookmakers, and after their Champions League triumph you could see why that was the case.

The Blues retained all of their key players from their UCL win and added some extra fire power in the form of Romelu Lukaku. The Belgian had impressed in Serie A with Inter after his disappointing stint at Man Utd came to an end in 2019. He earned a Premier League return, and his signing demanded a whopping £97.5 million fee.

With his arrival, Chelsea became even more feared across the league. They started the Premier League season well, won the UEFA Super Cup and the Club World Cup. After this, their league form dropped off considerably and they found themselves out of the title race but in a commanding position to get top four. Clear of Man United, Arsenal and Tottenham.

They also reached both the FA Cup and League Cup final but failed to beat Liverpool in both games on penalties. Meaning, domestically Chelsea failed miserably. They won nothing and simply cemented themselves back into the UCL. Tuchel will be looking for some serious reinforcements to get his side winning things and competing for the title again.

A bidding of farewell

It’s not just signing players that will keep Chelsea busy this summer, there are also a number of Chelsea players departing the club. It is the end of a Chelsea era for the following players:

Musonda and Drinkwater have never been consistent features for Chelsea, and they won’t be a big miss but the squad depth has definitely taken a bite. Saul Niguez has returned to Atletico after failing to impress in England. The Spanish midfielder never hit the ground running and was chasing the coattails of his teammates.

The biggest losses for Chelsea will be Antonio Rudiger and Andreas Christensen’s departures. The pair have featured consistently for Chelsea over the course of the last few seasons, and their presence will be missed greatly. What hurts more is that they have both left on free transfers. Christensen has moved to Catalonia to play for Barcelona while Rudiger has joined the European champions Real Madrid. Chelsea are now very short on central defender options and will be in the market for some fresh defensive options.

As previously mentioned, Chelsea signed Romelu Lukaku for £97 million last summer. He was the final piece of the puzzle and the player who would accelerate Chelsea forward and back into a title race. The Belgian has been a major disappointment for them, his poor on pitch performances combined with off the pitch scandals have made him a controversial figure at the club.

He has been massively linked with a return to his clearly “beloved” Inter. He was leaving hints earlier in the season that his future lay back in Milan, much to Chelsea fans’ understandable dismay. A deal would be very complicated as Chelsea are still yet to pay Inter €70 million. A loan seems the most likely option for his exit but this one still has a lot to be worked out. Watch this space.

What do Chelsea need this summer?

With the departures and the current personnel available, it’s quite clear what positions need filling at Chelsea. Central defence will be a massive priority, with a few players already being linked with the Blues. Attackers are also a must, Chelsea need someone new to liven up their final third play and supply them with an extra boost of goals and assists. With Lukaku linked away, a striker may be looked at, but they are also rumoured to be looking at wingers.

Jules Koundé is Chelsea’s priority centre back target and there are many reasons why. The Frenchman offers a lot, he’s physically strong, fantastic with his feet and is very quick. Chelsea have been scouting him for a long time now and even looked close to signing him last summer before things fell through. He currently plays for Sevilla who are known for their excellent defensive play, he has been a crucial part of that and one of the reasons they won the Europa League in 2020.

Koundé would fit in very well at Chelsea, his speed would help combat the lack of speed from Thiago Silva who enters the final season of his contract. Learning from a great like Silva for even a season will be massive for the young defender and is another reason for him to sign for Chelsea.

Koundé has an €80 million release clause, but it’s reported that Chelsea will demand a lower fee of €65 million. If they can secure Koundé’s services for less than the release clause, you’d have to take your hat off to Chelsea once again. They are showing no signs of slowing down, despite the new ownership and previous sanctions.

Ousmane Dembelé, another Frenchman playing in La Liga. He’s been a massive enigma at times, it’s impossible to tell what he’s thinking and where it’s all ultimately gone wrong at Barcelona for him. He joined the Blaugrana back in 2017 after having an astounding season for Borussia Dortmund. He signed in what was an incredible €105 million transfer.

His ability is there no doubt, he has proven himself on the biggest of stages and was part of the notorious 2018 World Cup winning France team. At club level, he lacks consistency. Not only with form but also with injury. He spends a lot of time in the physio room, making him a risky signing for any club. Especially since he is demanding a lot of money. There are a lot of red flags around this signing but if he was to sign and come good, it would be incredible business.

This is because he would come in on a free transfer. Dembelé’s contract at Barcelona is about to expire and he is yet to agree to another contract with them. Chelsea are in pole position to land the 25-year-old, Tuchel worked with him during his best ever season at club level and as a result, will have strong bargaining power to reel in the Frenchman.

He would bring speed, flair and quality to Chelsea’s attack and give them a much more dynamic option to their other attackers. Will Chelsea get their man? Or will they be left in the dust?

Chelsea are long term admirers of West Ham midfielder: Declan Rice. He previously played in their academy but was let go. A decision that they have definitely lived to regret. The Englishman can play at centre back or defensive midfield. Two areas of the pitch that could do with strengthening.

Rice has a great relationship with Mason Mount of Chelsea and I’m sure he would be a major factor in any move. West Ham have made it clear that the midfielder is not for sale unless a £150 million bid came in. This makes the transfer very unlikely this summer but who knows, as Eden Hazard once said, ‘in football you never know’.

Another defender on Chelsea’s radar is Inter man Skriniar. He is another centre back with great pace and physicality that very much fits the bill of a Thiago Silva partner. The Serbian is a long-term target of Tottenham Hotspur and has been even more so since they appointed Conte.

It is reported that PSG are also interested in the defender and had a £42 million bid rejected. It’s a tough one to call, there’s plenty of pull for Milan at any of these clubs.

A long summer ahead

With all these names and numbers being thrown around, it’s hard to know what to believe and what to discard. It’s set to be a long and busy summer for Chelsea, they need reinforcements but in this market- it’s easier said than done to secure three or four quality players without spending hundreds of millions.

Chelsea fans, who do you want to see at the Bridge next season?