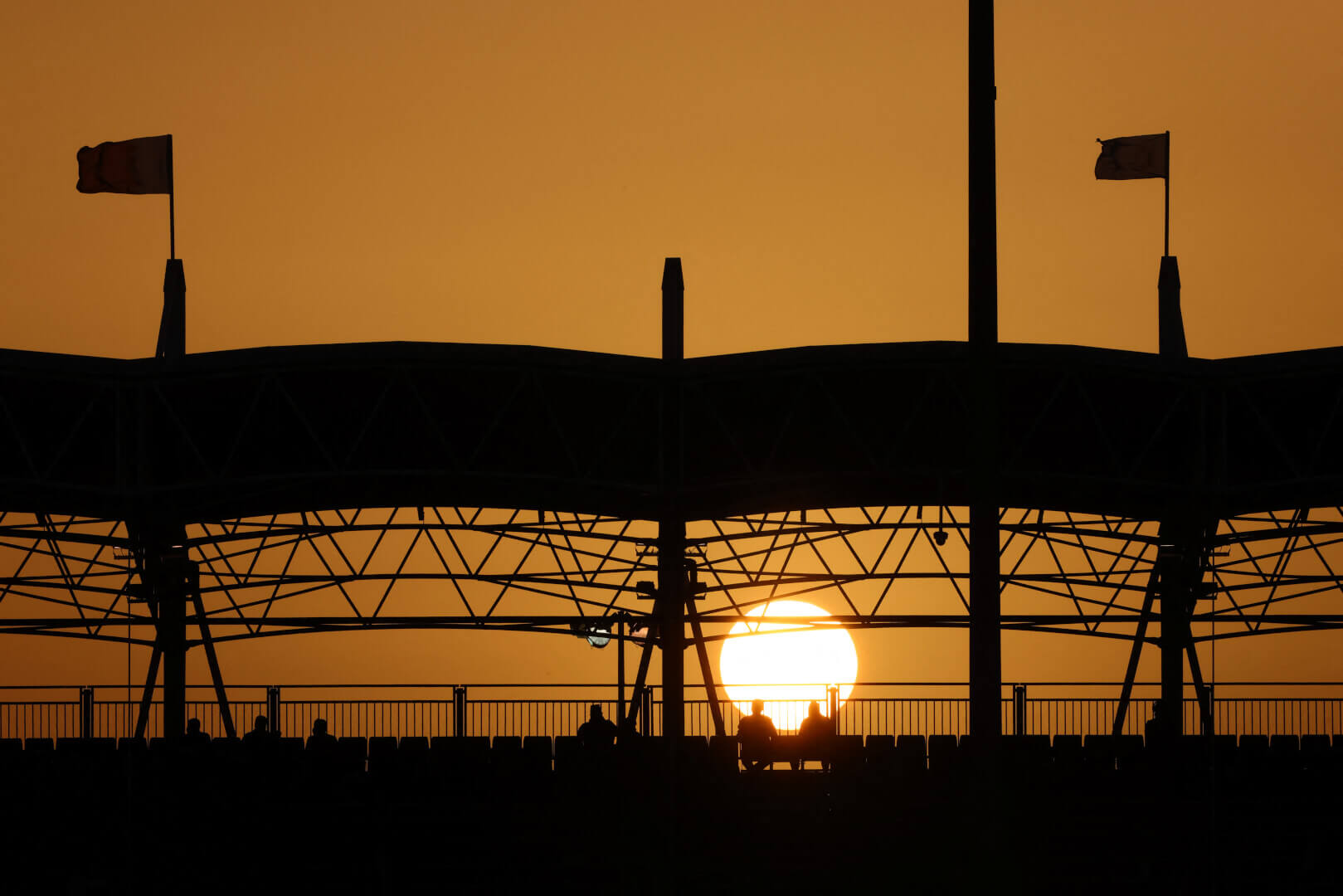 Formula One is back! And better than ever? Well, that might depend on which team you support. If you’re a Ferrari fan, then it’s fair to say that you haven’t had much to cheer about for over a decade, but all that could be about to change.

It was Ferrari’s Charles Leclerc and Carlos Sainz with an epic one-two finish at the Bahrain Grand Prix to kick off the new F1 season. There had been much talk before the race of how quick the redesigned Ferrari cars were looking, and it appears the rumours were true, as Leclerc and Sainz were unstoppable over the entire contest.

Leclerc, especially, showed the form he’s been hinting at in previous seasons, but with a much better Ferrari in his grasp, he could certainly usher in a new era for the famous Italian manufacturers in 2022 and beyond. Leclerc not only won the race, but also earned pole position and picked up the fastest lap.

As for the current F1 champion, Max Verstappen, things didn’t exactly go to plan for the first race. The Flying Dutchman was certainly competitive throughout the Bahrain Grand Prix, and even overtook Leclerc on several occasions, but he was cruelly stripped of any points after both Red Bull cars suffered steering and battery issues with only a few laps remaining.

Verstappen, as well as teammate Sergio Perez, were both forced to pit and watch Leclerc, Sainz, and perhaps most irritatingly for Red Bull, Mercedes’ Lewis Hamilton cruising over the finish line in third place. Hamilton was fast, no doubt about it, but the Mercedes redesign is still ongoing and the cars will need a slight tweak to return to their former best.

Over the 2021 season, an interesting fact is that a Red Bull driver failed to cross the finish line only six times. Five instances were crashes and only one was car failure.

Venue, dates, & where to watch the Saudi Arabia Grand Prix

The F1 Saudi Arabia 2022 race will take place on the Jeddah Corniche Circuit, which is only the second time that the track has been used for Formula One. The Grand Prix weekend begins on the 25th March with practice sessions, then qualifying on the 26th and finally the race on the 27th.

Check the times below for watching live on Sky Sports F1 and Main Event.

As this is only the second time an F1 race has been held in Saudi Arabia, the drivers are still getting used to the turns and straights on this amazing track set under floodlights. While Lewis Hamilton was the winner of the 2021 race, it seems like the field has levelled out due to the car redesigns enforced by new rule changes.

The Jeddah Corniche Circuit is arguably the fastest on the F1 racing calendar. Although it has 27 turns – more than any other racing track in Formula One – it is predominantly a street circuit that is lightning quick with average speeds around 250km/h.

After the 2021 race, many drivers complained that even though the track was fast, it was also dangerous in several areas and comprised the safety of everyone involved. However, small changes have reportedly been made to the Jeddah circuit to assure protection without altering the high speeds that fans will love.

We’re also very excited to see more of the drivers’ helmet cam during the 2022 races, as even if things are a bit shaky to watch, it’s a fascinating view of F1 and a good insight into the speed and difficulties facing the driver over the entire track.

The drivers to look out for

As Mercedes’ Hamilton won comfortably in Saudi Arabia last year (this race was the second-last of the 2021 schedule but now the second of the 2022 calendar), he remains a solid bet to take the chequered flag again. However, the cars are a bit different and Mercedes itself has stated that the front and rear wings, in particular, will be reshaped before the start of the Jeddah circuit. Mercedes always run well on smooth racetracks when they can lower the car.

It’s worth keeping an eye on Mercedes’ George Russell, too, as the young driver has the full support of a great team behind him and certainly has the skills and determination to get on the podium.

The Ferraris performed pretty well in the Saudi Arabia Grand Prix last year, and given their recent improvements, one would have to assume the team would be even better this time around. It might be that Ferrari has been waiting patiently for their turn to be aggressive again, as Verstappen and Hamilton duked it out all last season without much outside competition.

Charles Leclerc has looked impressive ever since his debut in Formula One, but now he has the car to match, he already appears to be the number one driver on the circuit. His teammate, Sainz, is just a step or two behind Leclerc in terms of nerve on the racetrack, but both Ferrari drivers will be more than comfortable during the F1 Saudi Arabia race in 2022.

Aston Martin’s star driver, Sebastian Vettel, remains in doubt to compete in Saudi Arabia after he was ruled out with the coronavirus before the start of the first race in Bahrain. There has been no indication that he is fit enough to race this weekend, so more than likely it will be Nico Hulkenberg taking his place in the car once more.

There has been little buzz about Valteri Bottas in the Alfa Romeo, nor Daniel Ricciardo in the McLaren, but it wouldn’t be the worst thing in Formula One to be surprised now and then. F1 in 2022 has been somewhat modified with the goal of each car having a good chance at winning. Of course, it depends on the engine and the driver behind the wheel, but the sport has suffered greatly from the top teams dominating over the last 10 years or more.

Sometimes you have to wonder why teams like Williams, Haas, and Alpine even bother racing when they are so far behind the F1 leaders, but if Bahrain is anything to go by, it could be that Mercedes, Red Bull, and Ferrari will be challenged by every other driver on the track like never before.

Who will win the F1 Saudi Arabia Grand Prix?

It could well just be recency bias, but how can you not go with the so-hot-right-now Ferrari team? Given the struggles of Red Bull and Mercedes, especially with the quick turnaround from the Bahrain race, Leclerc is the clear frontrunner for winning the Saudi Arabian Grand Prix right now.

Whatever power or steering issues that hurt Red Bull in Bahrain will hopefully be rectified for the upcoming race, but there’s no way of knowing until Sunday when the lights go out and the battle commences.

In addition to the car’s wings, the Mercedes power unit was also a cause for concern before the Bahrain race began. Of course, Hamilton ended up third and Russell fourth, so things weren’t so bad, but if it weren’t for the Red Bull drama then Mercedes would certainly be lagging behind.

“We had too much drag and that’s just because we are lacking parts at the moment and hopefully we can remedy that,” said Mercedes F1 team CEO, Toto Wolff. “It’s half or a little bit more maybe of the top-speed advantage, but we need to really leave no stone unturned on the power unit side. It’s easier to shed drag off the car because you simply take a chainsaw and cut the rear wing to bits, and so that’s what we will do for Jeddah.”

Adapting an F1 car with a chainsaw would be quite the sight, but something tells us it will be more delicate than that method.

Mercedes and Red Bull will get their act together – they have no choice – so the most interesting races will be in the middle of the F1 calendar when every team has their cars all figured out.

There’s a decent break before the next race in Australia on April 10th, so regardless of whatever happens during the Saudi Arabia F1 Grand Prix, everyone will get to recuperate and relax before another hectic contest.