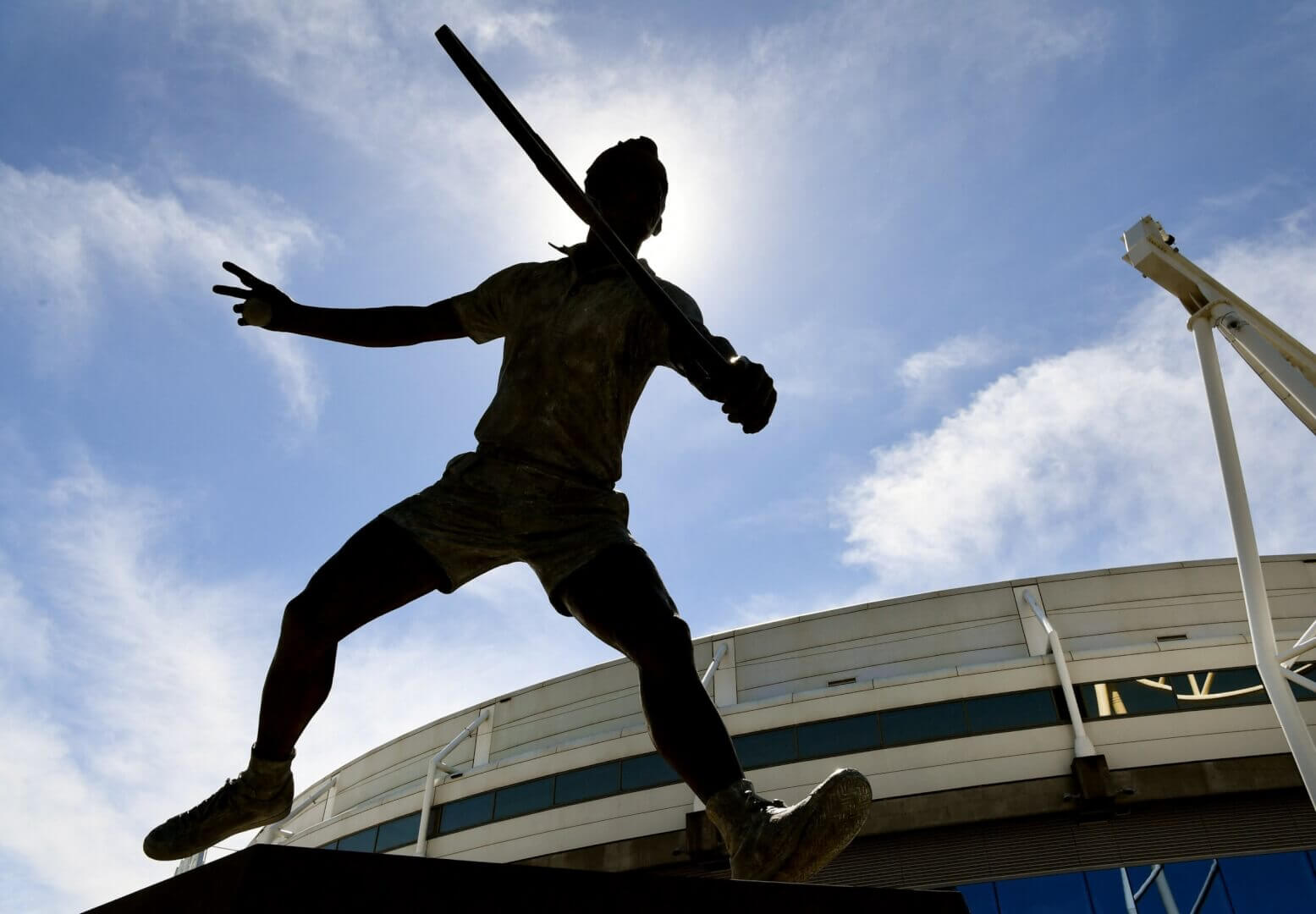 2022 Australian Open: Everything You Need To Know

The Australian Open has returned! One of four annual Grand Slam tennis tournaments, the AO is the first of the year, followed by the French Open, Wimbledon, and US Open.

The 2022 Australian Open is, unfortunately, filled with controversy even before any tennis ball has been hit. Last year’s winner and one of the highest-profile men’s tennis champions, Novak Djokovic, has made the headlines in the months leading up to the tournament for all the wrong reasons.

As of now, 34-year-old Djokovic won’t be allowed to compete in the Australian Open, as legalities over his vaccination status have prevented him from playing. He is, however, expected to appeal the decision in court. The Djokovic Drama will be explained in more detail below. Fans of the 2021 AO women’s champion, Naomi Osaka, will be happy to know that she’ll be competing in the tournament in a bid to defend her title.

When is the 2022 Australian Open taking place?

The 2022 Australian Open will take place from 17-30 January in Melbourne, Victoria. This will be the 110th Grand Slam tournament held in Australia. In light of the coronavirus regulations in Australia, crowds for the tournament will be limited at 50% capacity.

Here’s how you can watch the 2022 Australian Open live on TV in the UK:

In what venue is the 2022 Australian Open being held?

A lot has been happening off the court in the build-up to the Australian Open. Things are going to get complicated, so bear with us.

Novak Djokovic, winner of the last three Australian Opens and 20 Grand Slam tennis tournaments in total, has technically been included as part of the draw for the 2022 Australian Open. If he competes, he will face fellow Serbian player, Miomir Kecmanović, in the first round of the AO.

However, with the tennis tournament mere days away, Australia immigration minister, Alex Hawke, has cancelled Djokovic’s visa for a second time. Djokovic and his team will, of course, appeal the decision, but they don’t have much time remaining before the start of the tournament. Although there is a slim chance Djokovic can reverse the Australian government’s decision to deport him and still obtain a visa, he’ll have to be quick. Djokovic does not have the COVID-19 vaccination that is necessary to enter Australian borders and the tennis star is without an acceptable medical exemption.

The story unfolds as such: Djokovic received a visa to enter Australia on November 18 and landed in Melbourne on January 5 with a medical exemption that was accepted by Tennis Australia and the Victorian government. Shortly thereafter, Djokovic was detained and had his visa withdrawn due to the fact that a COVID-19 infection is not a good enough exemption from Australia’s tough vaccination demands.

Djokovic then succeeded in restoring his visa after a court battle, and was waiting on another verdict by Hawke to discover if he will be allowed to compete or forced to leave Australia. Djokovic needed to provide a substantial medical exemption as to why he must remain unvaccinated against COVID-19. The latest update is that Djokovic had his visa cancelled again, but will return to the courts and fight another legal battle to get a visa approved. If not, then Djokovic won’t be allowed to stay for the Australian Open.

This is a messy, complicated, and bizarre sequence of events, and it has greatly overshadowed the AO. The Australia Open is, unsurprisingly, about tennis, and the Djokovic Drama has taken so much spotlight away from competitors who are gearing up for the major tournament. Let’s just hope there’s a decision reached one way or another, so that we can focus on the sport and not just rules and regulations.

Which famous tennis players will not compete in the 2022 Australian Open?

There are indeed several big names missing from the upcoming AO that has nothing to do with visas and vaccinations. On the men’s side, fans will not be able to see Roger Federer play due to his recovery from knee surgery. The Swiss tennis star is now 40-years-old and it remains to be seen whether he will announce his retirement after the recovery. Also out because of injuries are Dominic Thiem and Stan Wawrinka.

There were fears for even more cancellations, as Greece’s Stefanos Tsitsipas is dealing with an elbow injury and Australia’s own Nick Kyrgios tested positive for the coronavirus before the start of the tournament, but both young tennis stars are still expected to compete.

For the women, the 2022 Australian Open will be without last year’s finalist, Jennifer Brady, as well as Karolina Pliskova, Bianca Andreescu, Svetlana Kuznetsova, and superstar sisters Venus Williams and Serena Williams due to injuries.

Now we can discuss the fun part! Who is going to win the men’s and women’s finals?

The top three favourites for the men are currently Novak Djokovic at number one, Daniil Medvedev in second, and Alexander Zverev at third. For the women, Australia’s Ashleigh Barty, defending AO champion Naomi Osaka, and British current US Open titleholder, Emma Raducanu, round out the top trio.

What are Emma Raducanu’s chances to win the 2022 Australian Open?

Emma Raducanu won the hearts and minds of tennis fans all over the world when she was the surprise victor of the 2021 US Open at just 19-years-old. Raducanu is brimming with talent and poise, but she’ll face strong competition from not just Barty and Osaka, but also Aryna Sabalenka and Garbine Muguruza.

Raducanu’s Australian start wasn’t the best, as she was quickly dispatched 6-0, 6-1 by Elena Rybakina at the Sydney International warm-up event. Raducanu looked nervous and slightly lost on the court, but we all know what she’s capable of when her mind is on the task. There is a slight worry that Raducanu will feel the pressure now that she is no longer the underdog, but with such talent at an early age, there is time for her to excel when the Australian Open begins on the 17 of January.

Raducanu certainly has the backing of Australian former tennis player, Casey Dellacqua, who discussed the likelihood of the young Brit winning another Grand Slam. “When someone’s got it in them to be a Grand Slam champion, I don’t think you can ever not talk about them in terms of winning another major. To have that champion mentality and drive, and to do what she’s done, she’s got it in her,” said Dellacqua. “I definitely think Emma Raducanu’s name has to be there, in the picture somewhere, in terms of going deep in the AO.”

What about Andy Murray?

For the men, British hopes still largely rest on 34-year-old former World Number 1, Andy Murray. While it looked like Murray might even retire in 2019 when he underwent hip surgery, he nevertheless fought back and is playing solid tennis right now.

Currently ranked No. 135 in the world, Murray has been playing well recently and even won a match against Viktor Durasovic in an Australian warm-up event. Even if Murray doesn’t end up in the final, simply competing in the AO is a big deal, as before the surgery, it appeared like Murray had lost the speed and mobility that helped him win three Grand Slams.

Who will win the 2022 Australian Open final?

For the men’s singles final, it’s hard not to think that Novak Djokovic will win again, should he be allowed to compete. Djokovic has won the Australian Open a staggering nine times, and 2022 could be his fourth in a row if he’s successful. Still very much in his prime, Djokovic plays incredibly well on Australian courts and has so much experience competing in the harsh Oz conditions.

Though he’s had less time to prepare and warm-up compared to other players, not to mention the heightened media attention caused by the vaccination hoopla, Djokovic can turn it on when necessary. Although, it now seems rather unlikely that he will participate at all. Rafael Nadal’s appearance at the AO is great to see, and you’d never want to count him out of a major tournament, but there has been little buzz about the Spaniard attempting to grab his 21st Grand Slam trophy.

A lot of attention will be on rising star, Russia’s Daniil Medvedev, who actually lost to Djokovic in the 2021 AO men’s final. The 25-year-old did get his revenge at the 2021 US Open when he defeated Djokovic in three sets in the final. With one Grand Slam behind him, Medvedev certainly has the experience and the talent to play on the big stage, as well as being nearly 10 years younger than Djokovic. Look for him to get to the final, and we’ll see what happens.

Now, who can win the women’s singles final? World Number 1, Ashleigh Barty, is definitely looking like she has the determination and ability to earn her first AO Grand Slam in front of her home crowd. Barty already has the 2019 French Open and 2021 Wimbledon Grand Slams to her name, and is rounding into form at just the right moment before the 2022 Australian Open. A Barty/Osaka women’s final seems very likely, especially as Osaka is the defending champ, but we’d have to go with Barty simply for the home advantage and her many years of experience playing under the Australian sun.

Aryna Sabalenka is a name to keep an eye on, as the World Number 2 did look poised to keep her incredible form going into 2022, but her warm-up match in Adelaide left a lot to be desired. Sabalenka lost badly to Rebecca Peterson and her playing was shaky at best, with the up-and-comer having major trouble with her serve, including 21 double faults and even some underarm serves at times just to get the ball across the net. Hopefully this was just a bad day at the office and Sabalenka will come out firing when the AO starts.