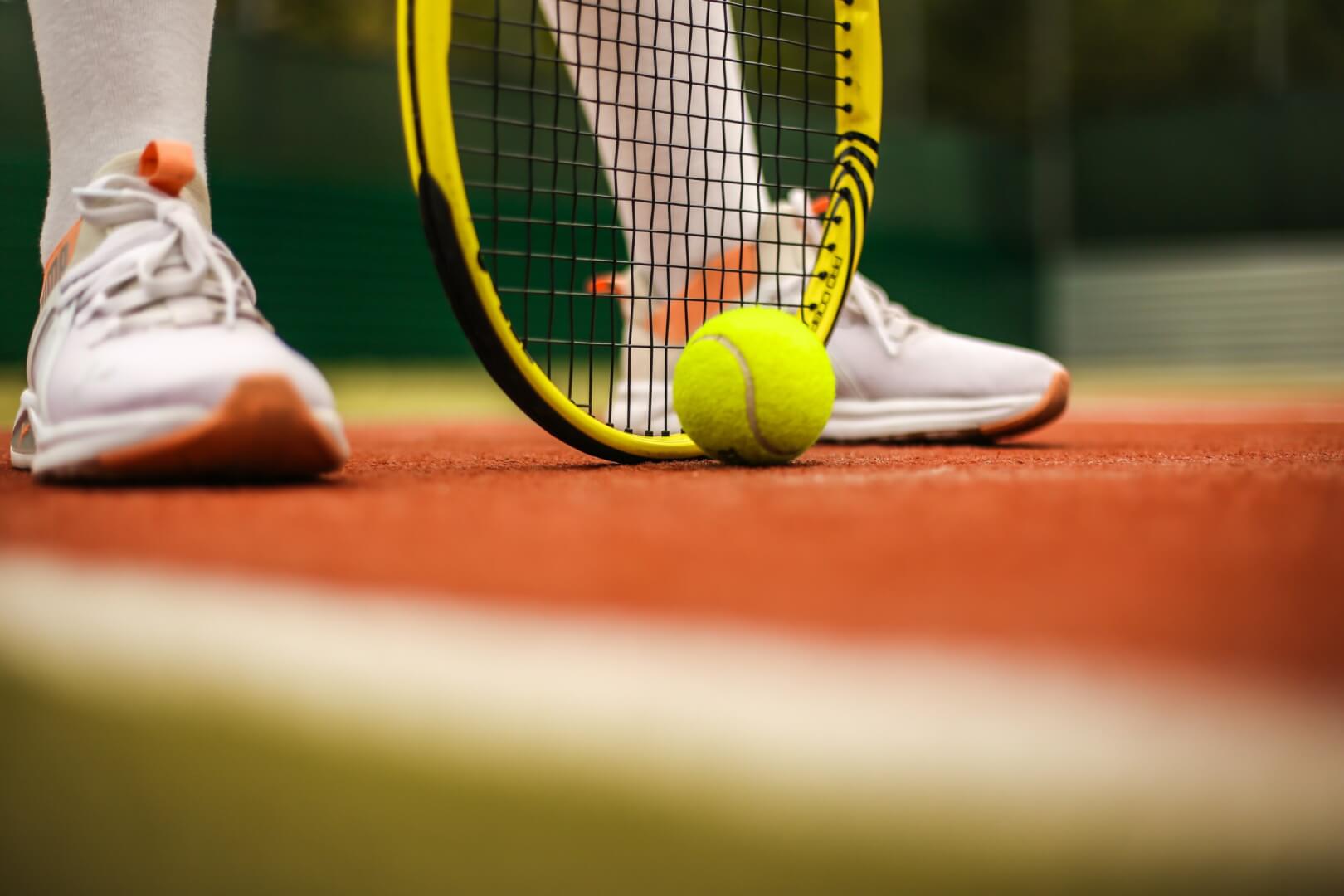 Photo By: Valentin Balan on Unsplash

Australian Open 2022: A Recap of The First Grand Slam of The Year

It turns out the tennis world still managed to witness a fantastic tournament, despite big names like Djokovic, Serena Williams, and Roger Federer being absent this year. It simply needed to present the fans with hard-fought matches from competitive players.

The less said about Djokovic, the better, as the nine-time winner of the Australian Open was not allowed to play in the tournament due to his vaccination status. The drama surrounding Djokovic overshadowed the AO right from the start, so it was refreshing to hear purely about tennis news during the tournament, and not about the coronavirus, deportations, and vaccines.

So, with that out of the way, let’s have the 2022 Australian Open recap.

Some of the biggest surprises of the Australian Open tournament happened during the second round, when hometown hero, Nick Kyrgios, faced Daniil Medvedev from Russia.

Although Kyrgios played as well as possible and had essentially 99% of the crowd behind him, it was still Medvedev who eventually took the match in four sets. It would always be a tough matchup for Kyrgios, but hopefully this is still valuable experience he can take with him into the next Grand Slam tournament.

Former Grand Slam winner, Britain’s Andy Murray, also bowed out of the AO to Tato Daniel from Japan in the second round. This was a huge shame, as there was a lot of buzz about Murray returning to his best form and even having the chance of making at least the semi-finals. But alas, not this time.

The emergence of Italy’s Matteo Berrettini was exciting to see, as despite the 25-year-old losing to Rafael Nadal in the semis, it shows a lot of promise for the future of tennis. This is also the case for Greece’s Stefanos Tsitsipas, as his loss to Medvedev in four sets in the semis was nevertheless a look into the crystal ball as to which young tennis stars will be entertaining fans in upcoming tournaments.

For the women, the defeat of Britain’s Emma Raducanu in the second round to Danka Kovinic from Montenegro, came as a huge shock. Raducanu was fresh off her Grand Slam title win in the US Open only a few months prior, so to see her dispatched in three sets was a big shame.

The third round produced equally stunning results when one of the AO favourites, Naomi Osaka, lost to Amanda Anisimova from the United States. Osaka has admitted that she has been struggling with mental health issues in recent years, but we truly hope that a star with such talent can get back to the top of her game again. Anisimova would go on to lose to Australia’s Ashleigh Barty in the fourth round, but that is still a name to keep an eye on.

The last time Rafael Nadal won the Australian Open was way back in 2009 when he defeated Roger Federer in five sets. Well, it took another 13 years, but the Spanish superstar picked up only his second AO winner’s trophy, but his 21st Grand Slam title overall.

Nadal had his work cut out for him right from the start against Medvedev in the final, and it appeared as if the younger, equally talented Russian would cruise home with the title. Medvedev took the first two sets comfortably enough, but after a bizarre incident in the third set, appeared to unravel and lose composure.

During the middle of the third, Medvedev complained to the umpire about the crowd noise, but also about how the ballkids were distributing the tennis balls. A weird thing to get upset about, but in the end, it didn’t help anything, as Nadal mounted an incredible comeback to take the next three sets and the Men’s Singles title.

Medvedev, who maybe was already on the crowd’s “bad list” after knocking out Australia’s Kyrgios earlier in the tournament, received far more boos than cheers during the entire final. Medvedev seems to enjoy his villain status, but he does have a history of weird complaints and getting frustrated at umpires and fans in the past.

It was a valiant effort from both tennis players during the Australian Open 2022 final, as they traded incredible shots in equal measure. Once Nadal took the third set, it looked like the crowd was in it for the long haul, and after a whopping five hours and 24 minutes of playing time in hot and humid Melbourne weather, it wasn’t just the players who looked exhausted.

Had a few more deuces occurred, then the match may have even exceeded the longest AO final of five hours and 53 minutes, which Nadal also played in but lost to Djokovic back in 2012.

Who would have thought that an Australian would be hoisting the winner’s trophy at the Women’s Singles final? In complete contrast to the Men’s final, Ashleigh Barty came out firing right from the start and never looked back, getting the win over Danielle Collins from the USA in just two sets.

To be fair, things looked a bit dicey for Barty in the second set, when Collins made a massive run and appeared as if she could have taken it easily, but from the support of the home crowd, Barty won the tie-breaker set with a victory and ended the match right there.

Not only was this Barty’s third Grand Slam success, but this trophy also ended a 44-year drought of an Aussie winning the Australian Open. It was in 1978 when Chris O’Neil picked up the women’s trophy, so it was a long, long wait for the Australians to see one of their own get the victory.

If the Aussie fans didn’t rejoice enough from Barty taking home the women’s final, then they certainly had way more to celebrate with an all-Australian lineup at the Men’s Doubles final. It was Thanasi Kokkinakis & Nick Kyrgios who defeated Matthew Ebden & Max Purcell in two sets, but despite the stellar play from everyone on the court, there was some drama in the stands, too.

One fan, for reasons only he knew, decided to shout just when Kyrgios was about to serve. If you know anything about tennis, it’s that the Golden Rule is to shut up whenever players are serving. One could argue that professional tennis players should be able to handle a bit of noise when serving, but complete silence is just the way it’s been for decades. After the play? Make some noise, but when serving is a big no-no.

The fan, who no doubt paid a fair bit of money for the ticket, was escorted out of the arena after Kyrgios and the other three players yelled for security to get him out of there. The players got their wish as the fan was booed on his way out, and even his two friends (who might not have said anything) were also banished from the match.

Things were a little less dramatic at the Women’s Doubles final, where Barbora Krejčíková & Kateřina Siniaková from the Czech Republic defeated Anna Danilina from Kazakhstan & Beatriz Haddad Maia from Brazil in three sets. This was the winning pair’s fourth major title together.

In the final of the Mixed Doubles, it was France’s Kristina Mladenovic & Croatia’s Ivan Dodig who got the win in two sets over Australia’s pair of Jaimee Fourlis & Jason Kubler.

What’s The Next Grand Slam?

After the Australian Open recap, the subsequent Grand Slam tournament will be the French Open, which takes place in Paris from May 22nd to June 5th.

What we can glean from the Australian Open in 2022 is that Barty is at the top of her game right now, and remains poised to add several more Grand Slam titles to her trophy cabinet with her incredible form. Her World No. 1 female tennis player tag is well earned, and it’s hard not to see her picking up at least one more Grand Slam trophy this year.

For the men, Nadal proved that even at 35 years of age, he’s still got it in him to get the victory at the jaws of defeat. Nadal was even injured for much of 2021 with foot pain, so it’s remarkable to see him with his 21st Grand Slam winner’s trophy.

Medvedev will continue to get better and better, and will surely be sour at his finals loss when he was so close to victory. If Federer doesn’t come back from his injury woes, and Djokovic continues to miss Grand Slam tournaments because of his refusal of the COVID-19 vaccination, then there’s a lot of space for up-and-comers like Medvedev, Berrettini, and Tsitsipas to take the top spots in tennis.