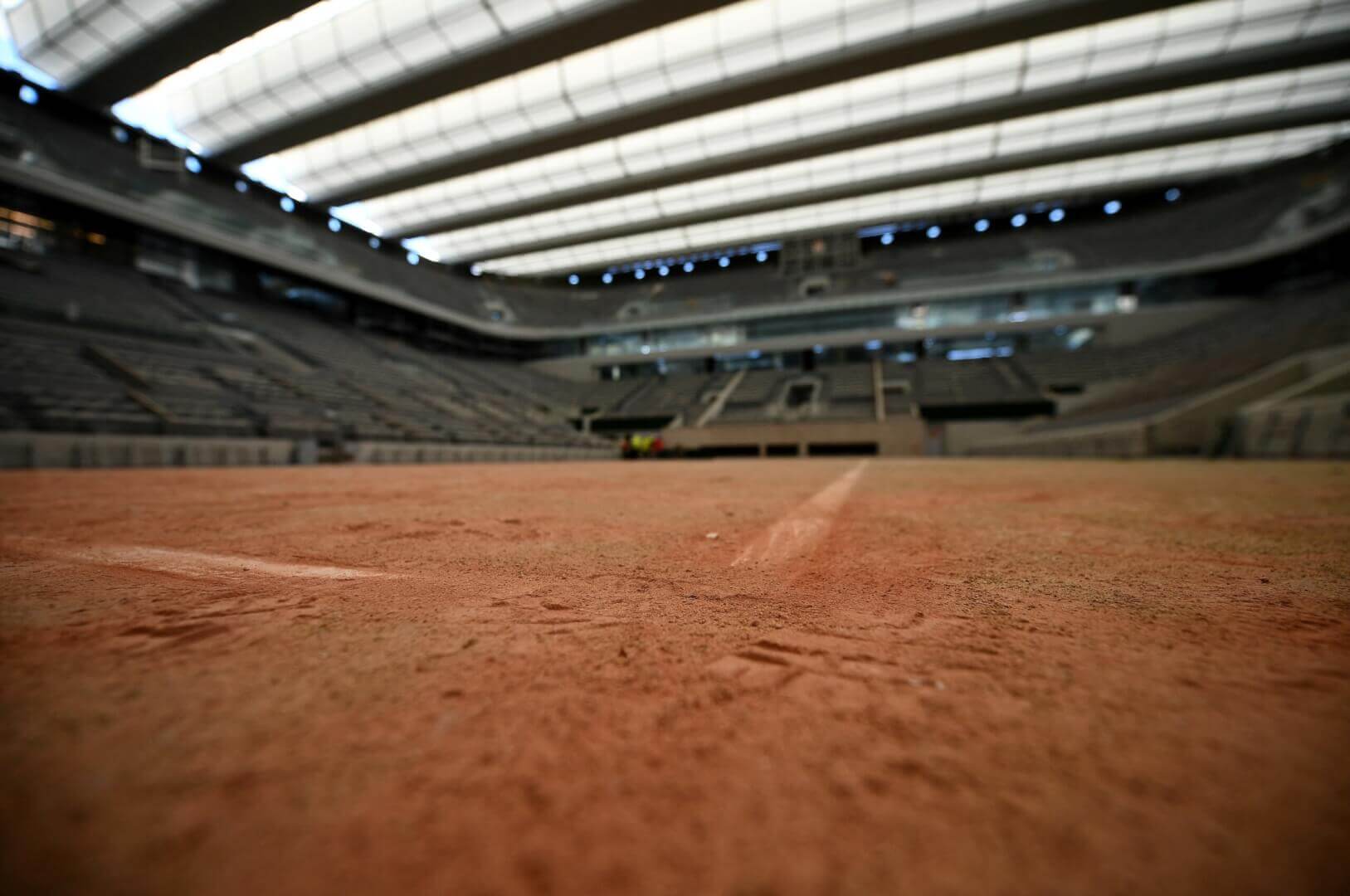 It’s finally starting again: The French Open 2022, one of the most renowned and exciting tennis tournaments in the world, is just around the corner. Fans all over the world are eagerly looking forward to it. And rightly so!

From May 16, 2022, to June 5, 2022, the Roland Garros tournament, better known as the French Open, will take place in Paris. The world’s biggest tennis stars are preparing to compete in this tournament for one of the most coveted titles in tennis.

French Open 2022: Climax in the race for the best tennis player of all time?

The list of participants leaves nothing to be desired. Why? Because, in addition to the Russian Daniil Medvedev and the German tennis star Alexander Zverev, the giants of their guild, Novak “Djoker” Djokovic and Rafael Nadal, are also operational again in time for the big duel on the sand and are eager for the direct duel.

The GOAT debate in tennis is heating up more than ever. And it is in Nadal’s living room of all places, that the eternal duel between him and Djokovic could begin its decisive chapter. By winning the Australian Open this year, Nadal now has 21 Grand Slam titles to his name. Should Nadal achieve his 14th triumph at the French Open, given the up-and-coming newcomers, it would be difficult to imagine Djokovic (currently 20 Grand Slams) overtaking.

Daniil Medvedev in particular, but also players like Alex Zverev or Stefanos Tsitsipas have shown consistently good tennis in recent months and seem ready for the changing of the guard. Then there is the shooting star Carlos Alcaraz, who recently won silverware in Miami and Barcelona and at the tender age of 18 can already be seen as a serious title contender at the French Open this year.

If Djokovic, on the other hand, asserts himself like last year and celebrates his third title in Roland Garros, the Serb could catapult himself into pole position for the GOAT of tennis. This is because after the French Open, Wimbledon is next up. Djokovic will be the big favourite here, especially after all Russian athletes, including Medvedev and Rublev were banned from this year’s edition.

Here, we take a look at the French Open by diving into the ins and outs of its rich history. We’ll also discuss who the 2022 favourites are, and most importantly, we want to know:

French Open 2022: Djokovic or Nadal – who is the king of tennis?

Roland Garros is undoubtedly one of the biggest tennis tournaments in the world. It has been held annually at Stade Roland Garros since 1891. In 2017 and 2018, it attracted almost half a million spectators to the stadium.

This also means that the matches last a very long time on average and there are real marathon matches on red ashes. The record winner at the French Open is the Spaniard Rafael Nadal, currently fourth in the men’s world rankings, with an incredible 13 titles.

Nadal last won in 2020. His opponent in the final was none other than eternal rival Djokovic, who he dismantled in three sets.

Djokovic has won the title twice so far and is the current defending champion. In 2021 he prevailed in the final against the Greek Stefanos Tsitsipas in 5 sets. In the semifinals, “Der Djoker” beat Nadal in 4 sets.

It is very likely that the two giants will also meet at the 2022 French Open. So everything is set for another edition of the eternal duel between Nadal and Djokovic for the top tennis players. It’s finally time to find out:

Does Nadal remain the best tennis player on clay or can Djokovic challenge him for the title for the second year in a row, and thus take a decisive step towards the record Grand Slam winner.

Djokovic: Still without a title in 2022

The story of Novak Djokovic’s season can be told rather quickly:

So far, the Serb has only been able to take part in three tournaments this year due to his unvaccinated status (Covid-19).

The first tournament was in February in Dubai at the hard-court event. It ended for the industry leader with an unsatisfactory loss in the quarterfinals against the Czech Jiri Vesely.

The second tournament in April at the ATP Masters 1000 tournament in Monaco, the Monte Carlo Masters, ended for Djokovic in the round of 32 against the Spaniard Davidovich-Fokina.

At the Serbia Open, Djokovic was in improved form as a local hero. Without a single straight two-set win, he fought his way into the final. There, however, he was defeated by Andrey Rublev. In the decisive third set he had to admit defeat with 0:6.

Djokovic was excluded from the Australian Open and the two master events in the USA in Indian Wells and Miami due to national entry regulations.

According to the 34-year-old, the past few months have been difficult. Now he is all the more eager to show the world that he is still number 1 and to win the eternal feud with Rafa Nadal and to prove that he can stand up to his permanent rival on sandy surfaces.

Nadal: Best start to the season and renewed injury concerns

Rafael Nadal, the current number 4 in the world rankings, on the other hand, recently lost the final against the American Fritz at the Indian Wells Masters.

Before that, he won the Mexican Open, Australian Open and the Melbourne tournament in 2022.

The Spanish veteran champion was already in full flow of the tournament and put in strong performances as usual before a rib injury kept him out of action for a few weeks.

Recently, he showed himself again in training and the tennis world is of course hoping that he can play in top form in time for the French Open in mid-May.

Nadal vs Djokovic: the race for the GOAT

Rafael Nadal against Novak Djokovic is the permanent duel in the top tennis world.

The two opponents have been playing each other regularly for 15 years and it is perhaps the biggest match in the entire history of tennis.

Such consistency at the top of the world is exceptional and proves the incredible quality that these two bring to the court.

There have been an incredible 58 direct duels so far, making it the most common match in tennis history.

The statistics in the direct duels are very balanced, but with 29 to 27 wins with slight advantages for Djokovic. The final balance is also slightly on Djokovic’s side with 15 to 13 wins.

The last clashes in 2021 saw Djokovic win the French Open. Rafa Nadal, on the other hand, was able to prevail at the Italian Open. In 2020 there was also a win for both.

Based on the direct duels it is not possible to say clearly which of the two is the better.

Let’s take a look at the overall track record of the two rivals.

Daniil Medvedev from Russia and German Alexander Zverev are currently in second and third place.

However, it should be noted that Nadal had his career peak a little earlier than Djokovic and for his part led the world rankings for a long time

Nadal also holds the record for most Grand Slam tournament wins of all time.

The 35-year-old was able to call himself the winner 21 times by the end of it all. Nadal, who has been active since 2001, has won the French Open 13 times alone.

Djokovic, on the other hand, is hard to beat, especially at the Australian Open, where he won a total of 9 times

Active since 2003, Djokovic has won a total of 20 Grand Slam titles and is only one major victory behind Nadal and has drawn level with Federer.

So this duel is not normal tennis. Here we see two absolutely exceptional athletes, two players of the century, who duel in the twilight of their careers to see which of the two will go down in history as the greatest tennis player of all time.

Rising Star Alert: Will he abruptly end the dominance of the top 3?

There are many indications that the 2022 French Open could become a milestone in the race between Djokovic and Nadal. However, what happens if Nadal doesn’t get into the form he wants in time due to his injury? And what happens if Djokovic doesn’t find his rhythm?

Or is there a third possibility – namely that another player trumps the two and abruptly ends the era of dominance of Nadal, Djokovic, and Federer? For years now, people have been wondering about the legacy of the three superstars. And although players like Daniil Medvedev or Dominic Thiem have now managed to win a Grand Slam, we’re still talking about Nadal and Djokovic as the main favorites for Roland Garros and Wimbledon.

This could actually change now. The year 2022 has so far not only been the year of Rafael Nadal, but also the year of an 18-year-old boy wonder, whom many call the “new Nadal”: Carlos Alcaraz. It’s not just the fact that Alcaraz triumphed as the youngest player in history at the ATP Masters 1000 in Miami. Or the fact that a third of his second real season as a pro has already garnered three major title wins.

Rather, it is the frightening repertoire of skills and the maturity that the young Spaniard already brings with him. How he defeated players like Stefanos Tsitsipas three times in three encounters, sometimes dominating at will. How he turns tricky matches and hopeless situations in his favor. Alcaraz could soon host its own GOAT race. After Nadal and Djokovic, he has to be named the third favorite for the French Open after he was also able to inspire on clay in Barcelona.

In the UK, the French Open 2022 will be broadcasted live on Eurosport. Click here, or see below to view the schedule.