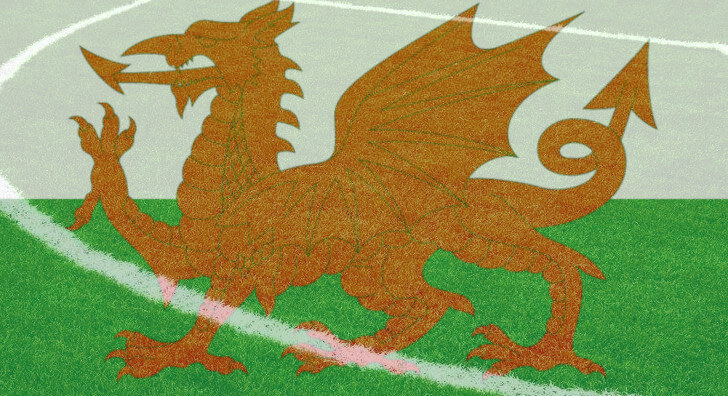 Wales reached the semi-finals of the EURO 2016 after being qualified for the first time in their history. They did not make it to the final as they lost to Cristiano Ronaldo’s Portugal. However, they managed to be the team of the moment, leaving European football fans surprised and impressed. Five years later, the Welsh dragons are still being considered as the underdogs. But they are not at the EURO just for the sake of participation.

Wales have qualified for the second consecutive time to the EURO’s by finishing second in their qualifying group. They won 4 of their 8 games in the qualifiers. In the EURO 2020 – Group A, Wales plays against Italy, Turkey and Switzerland.

Wales has adopted to change formation based on their opponent. In their most recent competitive matches, they played in a 3-4-3 and 3-4-1-2 system. Most likely, Robert Page will play with five at the back, trying to break the opponent’s defensive lines by playing with fast direct balls. Ward is the favourite to be the first goalkeeper-choice. The three centre backs most probably will be Mempham, Rodon and Ben Davies.

In respect to the wing backs, Connor Roberts appears to have the right side secured, which has pushed Neco Williams over to the left to fill the gap left by Davies’ adjustment to centre-back. Rhys Norrington-Davies provides another choice with a mixture of attacking thrust and defensive solidity. If fit, Ramsey will be the main midfielder that will organize the attacking operations of the team. Ethan Ampadu will be his back-up in the centre and assist defensively in front of the centre back trio.

At the front, Harry Wilson (alternatively David Brooks) is expected to be dropping between the lines. He is supposed to be the creative hub to service the pace of Daniel James and the sheer class of Bale.

Gareth Bale has been a leading figure for his national team over the last ten years. He is the Wales all-time leading goal scorer with 33 goals in 90 appearances. Bale now is 31 years old and boasts the same passion as on day one. His experience will be a great weapon for the coach within a young squad. Even though the last two years were not the best for Bale on a club level, his quality cannot be doubted. When playing for his country, he kept reminding his critics that he is one of the best players in the world.

Aaron Ramsey is one of the most charismatic players Wales has ever produced. In 61 caps, he scored 16 goals. Ramsey did not have many appearances in the qualifying stages due to injury. However, he did come up with both goals against Hungary on the final day to seal Wales’ EURO spot. Ramsey will be one of the very dangerous individuals for his opponents and his performance will play a crucial role in whether Wales will make the knockout phase again.

Tyler Roberts has been one of the most improved players of the Premier League in the past season. At the start of the campaign, he didn’t get as many chances as expected at Leeds. However, when it arose he used his chance given by Marcelo Bielsa later in the season. Alongside Bielsa, Roberts made impressive progression and seems to unfold his potential at last. His speed and technique would be beneficial for any team. Furthermore, he is flexible regarding his position on the pitch (striker, midfielder, winger). If he continues to evolve as he did the past two seasons under the lead of his club coach, the 22-year-old international has a lot to give in the future. This tournament could be a chance for his international breakthrough.

Wales is the underdog of the Group, while Italy is considered the main favourite. The first encounter with Switzerland will be the most important game of the competition. If Wales can get something out of this game, they could already be in a comfortable situation. A potential defeat, however, could get them under pressure immediately.