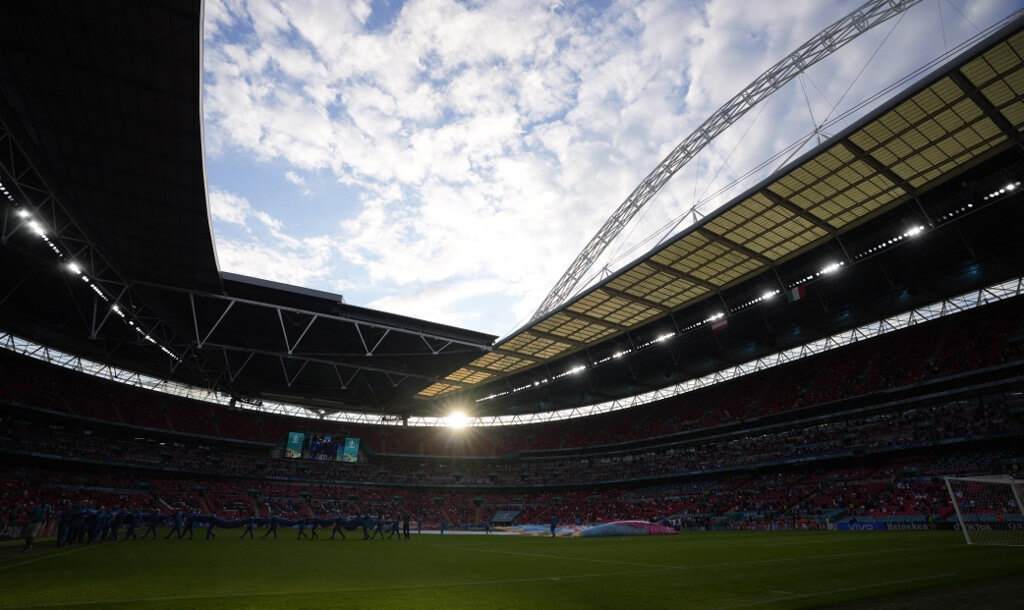 Italy and Spain will face each other in a titanic derby at the semi-finals of the Euro 2020. The match will take place at Wembley on Tuesday, 20:00 (UK time). Two football giants will fight for the golden ticket that leads to the final. Both teams play attacking football with many similarities in their tactical approach. Thus, the interest is even higher from a football fans’ perspective. We expect a tight and thrilling match.

Italy: From the dark horse to the main favourite

After missing the 2018 World Cup, Italy has been determined to return to their glory days. The decision of hiring Roberto Mancini as the head coach turned out as an ideal decision by the Italian Football Federation. Mancini has found the special recipe for success. The team does not dependent on any big names or superstars, nor does it revolve around two or three main players. Besides, they have a great mix of veterans as well as youngsters. Thus, the balance of experience and energy is at an outstanding level.

The Azzurri are in fearsome form, making in 15 wins in a row. Moreover, they do it in style. Fast direct football and high pressing is what they stand for. A contrary approach to Italian teams of the last decades, that had preferred to give more emphasis on the defensive part. Italy qualified early from their group after three wins over Turkey, Switzerland and Wales. Later on, they won against Austria in extra time, before prevailing against Belgium in what has been one of the greatest derbies of the Euro so far. Italy seems unstoppable, and is currently considered as the main favourite to lift the trophy by many. However, they have to pass the obstacle of another serious contender, Spain.

Spain did not perform as well as it was expected. However, they made it until the last four. Spain struggled to pass the group stage, but in the last game against Slovakia they managed to score five times and proceed. In the last 16 they won 5-3 to Croatia. In this game, Spain had the match under control until the 85th minute. But then, Croatia scored twice and took the game into the extra time. However, Luis Enrique side scored twice and qualified.

In the quarter-finals, Spain won against Switzerland on penalties. In this game, they played solid. However, but they lacked creativity in the opponent’s half of the pitch.

Italy will not change their strategy, as the 4-3-3 seems to work absolutely for them. Jorginho will support Verrati and Barella in the central midfield. The three have of them displayed a strong chemistry. Insigne, Chiesa and Immobile will likely form the front three. As regard to the defensive part, Emerson Palmieri will take the place of the injured Spinazzola who has had an amazing tournament. Italy will continue to press and play with fast, direct passes.

Similarly to Italy, Spain plays also 4-3-3. However, they prefer processional play and mainly take the ball to the wide areas, from where they are able to deliver crosses. Spain is the team with the most crosses in the EURO’s. Alvaro Morata still has the trust of Luis Enrique, and is expected to start ahead of Gerard Moreno. Nnother player who has shown amazing qualities for the selection is Ferran Torres who could start on the wings. Enrique has a bunch of tired players after the exhausting victories in both the Round of 16, and the quarter-finals.

These two had faced each other at the final of the Euro 2012, when the Spaniards won 4-0. However in 2016 Antonio Conte’s Italy beat Spain at the quarter-finals after an amazing performance by Graziano Pelle. The score was 2-0. The latest clash between the two ended in a 3-0 win for Furias Rojas, and it took place in 2017.

Italy might not have the midfield superstars as they had in the past like Pirlo or Gatusso. However, Barella’s style of playing and his capabilities are necessary to the way Roberto Mancini wants his team to play. The Serie A champion is a complete package, bringing bundles of creativity, vision, a world-class passing range, and a ball-carrying drive. He was a catalytic player up until now for the Italian Manager. Barella controls the pace of the game and helps his team in the offensive transition. The 24-year-old performed was one of the best players against Belgium and will be key to success again against Spain.

There have been a number of exceptional young talents down the years, but few who can become the dominant midfielder at a club like Barcelona at just 18 years of age in his first full season. His football intellect is outstanding. Despite his age, he has played 509 minutes during the EURO’s, and was considered one of the best Spanish players. His passing accuracy is at 91% thus far. He is a catalytic player for the build-up and the possession game that the manager Luis Enrique aims to play.

In a semi-final between two of the greatest football nations of all time, anything can happen. Because of the brilliant form Italy finds themselves in, as well as the fact that they have spent less time on the pitch, we believe they have a slight advantage over the Spanish side. However, Luis Enrique’s team has proven mental strength in both of their knock-out games, which may be a plus, if the game goes to extra time or penalties.