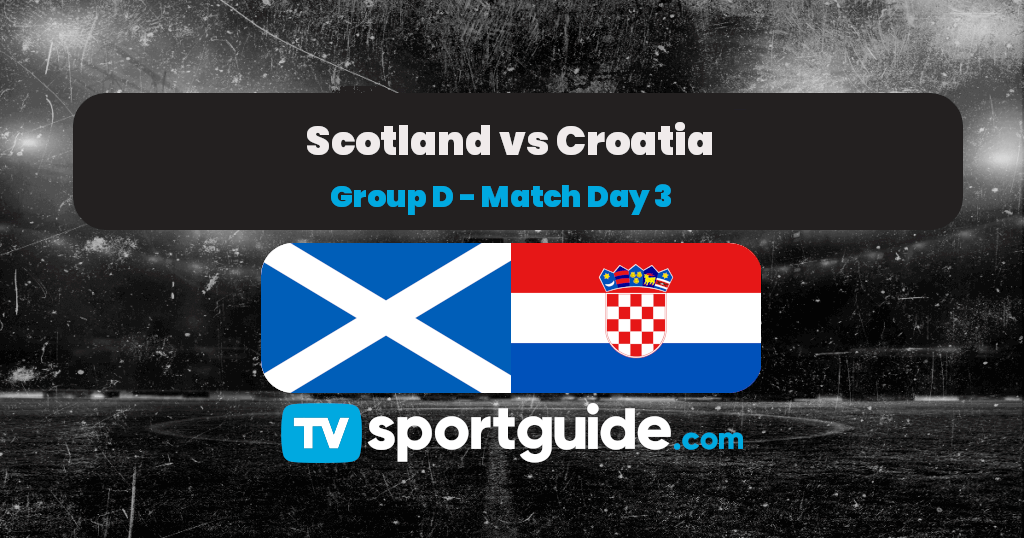 Croatia and Scotland both have collected one point in Group D of the EURO 2020. The two teams find themselves in final preparations for a battle at Hampden Park on Tuesday, after they have lost their opening matches. Croatia was defeated by England (0-1) and Scotland lost to the Czech Republic (0-2).

The second match day saw both nations winning a point each. While the Scottish team was celebrated by their fans for holding a 0-0 draw against rival England, the World Cup 2018 runner-up is under immense pressure and under-fire.

However, winning this decisive match would most likely mean a spot within the last 16, either as second of Group D or one of the 4 best third-placed teams.

Harry Redknapp: ‘The worst Croatian side in the last 25 years’

So far, it has been a very poor competition for the Croatians. The expectations were much higher for a team that had reached the World Cup final three years ago. Croatia has collected only one point in two games. In both games, they have especially disappointed with their lack of will and concept in the attack. After losing 0-1 to the Czech Republic through a highly questionable penalty kick in the first half-time, a well-taken shot from the veteran Ivan Perisic ensured that Croatia can at least hope for another chance to arrive in the tournament.

Chances seem rather low, however, as the bunch of many individual star players don’t seem to chime together on the pitch, even before the EURO. Coach Zlatko Dalic has only managed to take two victories from his last eleven matches in charge of the Croatian national team. Therefore, he is under pressure, and the rumour of a bad team chemistry surely doesn’t help. Anyhow, Dalic will need to turn the bad momentum and win the game against Scotland. Otherwise, Croatia will experience its most disappointing effort in a major competition in the last decades.

They have already lost all their chances to qualify as the group winners, which was initially their main target. It now is mathematically impossible, as England’s victory over them at Wembley means that Southgate’s team is out of sight. In order to reach the second position, leading through to the next round, they have to win their own game and rely on the English team to defeat Czech Republic with a goal margin as high as possible simultaneously. If England and Croatia both win, the goal difference will decide between Croatian and Czech Republic. Currently, Croatia’s goal difference is -1, while the Czechs are at +2.

Scotland: With a psychological boost to the next round?

Not since 2004 have Scotland failed to score in three competitive matches. However, Steve Clarke’s team will need to find attacking solutions and inspiration from somewhere. They are yet to score a goal at the EURO. Hence, the Tartan Army remain at the bottom of the rankings and must pray for an exceptional set of circumstances to keep their qualifying hopes alive on the final day.

At the very least, Scotland ‘s draw in Wembley against England gave them a physiological push for the next game. During one of the oldest derbies in football, they have showed a few promising elements in their attack, and of course a much better defensively-stable performance than against the Czech Republic.

History favours the Scots, as Croatia have failed to win any of their previous five meetings with them. The two most recent matches between them was for the 2014 World Cup qualification round. The Scottish team won both times (2-0 and 1-0)

Scotland is not expected to change its tactical approach. They will continue playing with three in the back. Tierney and McTominay performed well in their new roles as centre backs. Yet, it is likely that McTominay goes back to his initial position, as youngster Billy Glimour has tested positive for Covid-19. Steve Clark’s will be very unhappy, as the young Chelsea midfielder performed well against England. Adams and Dykes are expected to start as the two strikers.

Neither Croatia is expected to change their 4-3-3 formation. Most likely, they will start again with Vrsaljko, Vida, Lovren and Gvardiol at the back. Brozovic hasn’t played as a starter against Czech Republic, but Dalic has confirmed that he will return to the starting line-up. Therefore, we may see a midfield trio with Kovacic, Brozovic and Modric. Bruno Petkovic is considered as the likely starting target man. After coming on against the Czechs, the Dinamo Zagreb attacker has found spaces and created some opportunities. Croatia will try to increase the pace of their play and take the ball to the wings, where Perisic and Rebic/Brekalo/Ivanusec could be successful at some 1 vs 1 situations, just as Perisic was against the Czech Republic.

The 24-year-old Scottish defender showed a strong performance against England. Kieran Tierney was absent in the opening match against the Czech Republic. His return has significantly impacted the team’s defence to the better. Even though Tierney’s prefers to play left back, Steve Clarke has mostly used him as a left centre back (Scotland plays with three at the back). This allows Robertson to have a more offensive role. Tierney is strong with the ball on his feet. He is also considered aggressive while defending and therefore well-set in 1 vs 1 defending situations. His performance against Croatia will be a key factor in determining whether Scotland will manage to qualify to the last 16.

Modric does not really need an introduction. He is the best player that Croatia has ever produced and remains Croatia’s most dangerous player. Even a Croatian site in a bad form as they have shown themselves in the two first matches, can turn any game at any time with the help of Modric’s magic. This is exactly what happened against Czech Reublic, when Modric executed the free-kick quickly and passed to Perisic who then scored. Even though the Real Madrid star is 35 years of age, he is still one of the best playmakers, who can control and switch the tempo of the game at a whim.

Both teams are known to play for their country in a very passionate way. Even though the Croatian site is struggling with tactical deficits at the moment, we believe that they will finally find a way to harmonize like a team on the pitch and take all the three points. Their experience and quality is superior to the Scottish team, and a stage of Last 16 without the vice world champion is hardly imaginable.

Follow all the action of the EURO 2020 with TVsportguide. All matches and information can be found here. Simultaneously to this match, England faces the Czech Republic in the match for place 1.