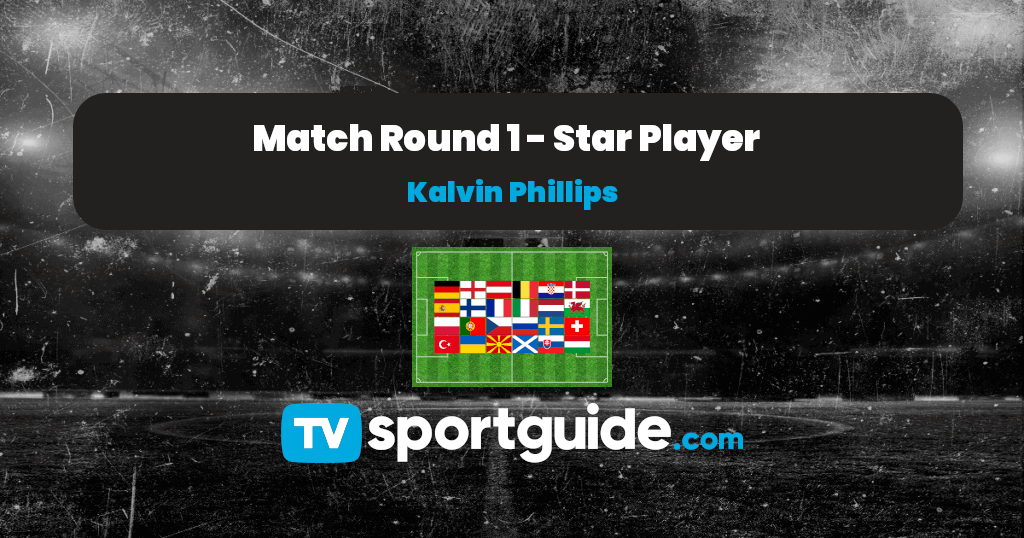 One of the stars of the EURO opening round: Kalvin Phillips at the EURO 2020 and his tiptoeing rise to one of England’s most important players

A second-half goal by Raheem Sterling secured England their first opening match win at a EURO. A very interesting character during the match against Croatia was the man who gave the assist to Sterling’s goal. Kalvin Phillips’ performance was a positive surprise for many English football fans.

However, the development Phillips went through in terms of quality and athleticism in the recent months speaks a clear language. The rescheduling of the EURO 2020 gave Kalvin Phillips the opportunity to earn his spot in Gareth Southgate’s squad. And he did.

From the Championship, to the Premier League, to Kalvin Phillips at the EURO 2020

Just a season prior, Phillips was playing in the Championship. Therefore, his name would not have been mentioned if the tournament had taken place in summer 2020, as originally planned. The 25-year-old did even consider representing the Jamaican football team, as the likelihood of ever pulling on the jersey of the Three Lions seemed fairly low back then.

Great way to kick off the tournament 😁 Some team! 🤩 Thank you everyone for the support 🏴󠁧󠁢󠁥󠁮󠁧󠁿 🦁 #euro2020 pic.twitter.com/8FWknlU9hd

Nevertheless, it has been a tremendous 12-month period for Phillips, which experienced its preliminary peak during his star performance at the opening match against Croatia. Furthermore, he played Premier League football for the first time, representing the colours of his boyhood club, Leeds United. He thereby performed impressively under Marcelo Bielsa’s guidance. His skills were neither ignored by Southgate. The English manager came to visit Yorkshire several times during the season, in order to monitor Phillips’ development. Evidently, he did not disappoint and now is a main part of this England team. Most certainly, he will be a starter again for England’s second group match against Scotland on Friday.

The road to success was not easy

The Leeds United star did not have an easy way through life. Growing up, Phillips had to see his mother sleeping on the sofa at nights. He and his siblings were also suffering from food poverty and benefited from free school meals. Because of this, Phillips now donates to food banks in his local area. He recently praised the ‘massive’ job his team-mate Marcus Rashford had contributed on the same topic during the pandemic.

With his father being in prison, Kalvin Phillips has got a very strong bond to his mother, who has raised the family alone. Phillips has talked about his father’s life in the past, which has been full of family issues, wrong crowds and drugs. His relationship to his dad mainly consists of phone calls. He had spoken to “Chalky”, a name his father was given for the sole reason of being the only person of colour in his school, the day that Leeds earned their promotion to the Premier League. Accordingly, they were listening together to all the inmates singing ’Marching on together’, the famous anthem song of Leeds United.

The former Wortley player is in a relationship with Behan. He met her 14 years ago, at the age of 11. Behan, who had worked as a cashier until recently, as well as his mother and grandmother (who passed away in February) experience(d) a shift from poverty to a life on the wealthy side thanks to Phillip’s new salary in the Premier League. According to Phillips, the rewards of a footballer life are ‘very good’. They were the reason why he ‘carried on pushing’ to become a football star, after his family wasn’t blessed with many material sources and ‘had to work hard’ for what they had got (source: The Mirror).

The rise of Kalvin Phillips

One of the key figures in Phillips’ development was Marcelo Bielsa. The Argentine manager started as head coach in Leeds three years ago. Ever since, Kalvin has been improving constantly.

Bielsa told Phillips at his arrival, that he would convert him from an attacking midfielder to a defensive one, and that he wanted him to lose some weight. Subsequently, Philips has developed to one of the most athletic midfielders in the Premier League. Being asked after Bielsa’s training methods, Philips would stress the high intensity, as well as how tough every Wednesday training session is. It is the time of the ‘murderball’ game, as the players call it. Five minutes of ‘constant football at 100 miles per hour’, with staff waiting to throw balls ‘straight back in’ once it goes out.

After three years of extraordinary development, Phillips is now one of the strongest defensive midfielders of the country. It is only a matter of time when some of the greatest clubs will aim to have him in their squad. With more shining performances at the EURO 2020, such as the one against Croatia, he will only increase his market value to those.