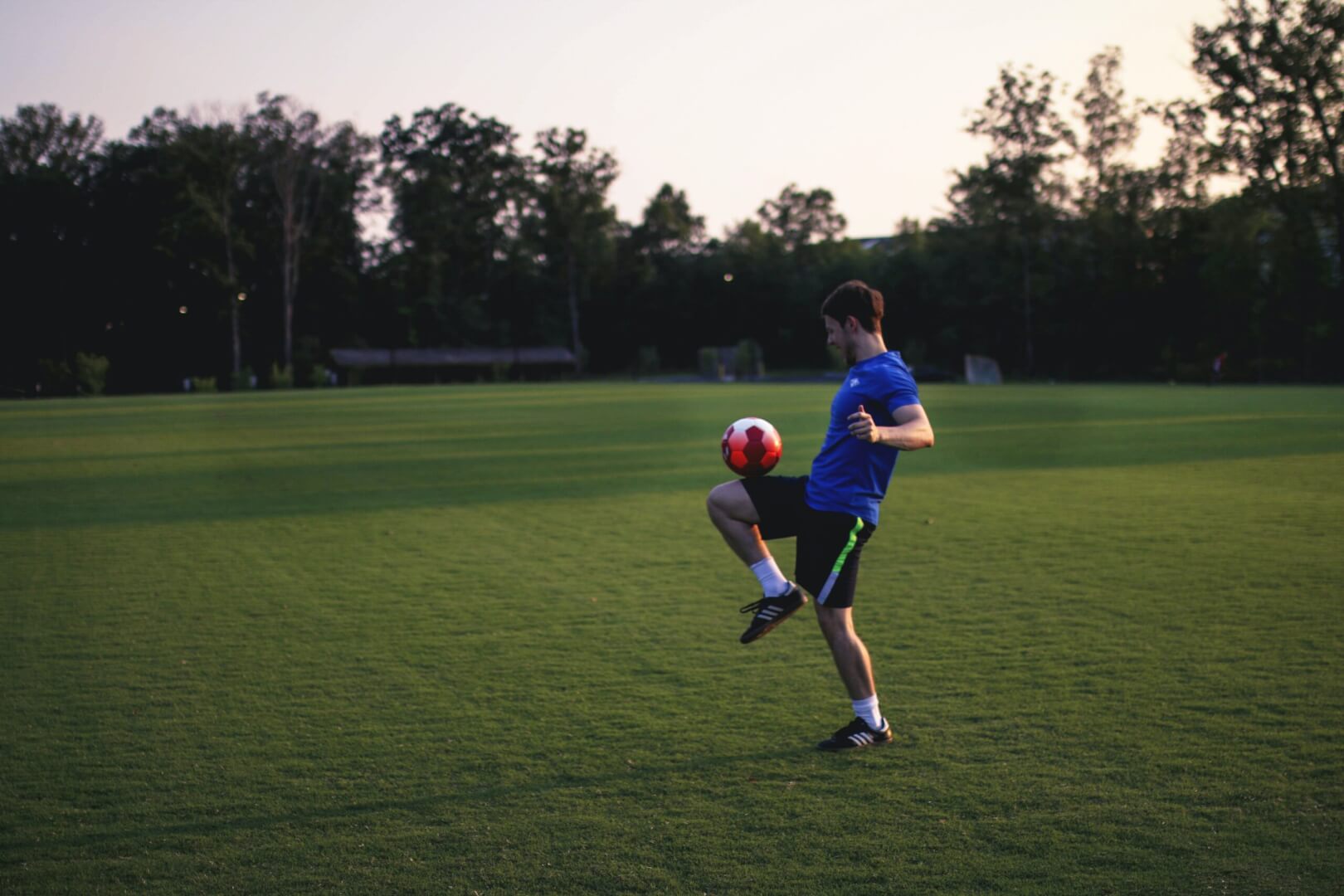 Sometimes the best fix you need is simply a change. Is managing a football team any different? We suppose not. Many clubs throughout history have, for one reason or another, brought in an interim manager (or often called caretaker manager) to temporarily take charge of things when the manager leaves.

An interim football manager can run the show if a manager is fired, leaves to another team, or simply in the case of suspension, illness, or personal reasons. Interim managers are often selected at very short notice, and while the chosen person is often an assistant manager already working with the club, a retired player familiar with the team is also a very common choice.

The interim football manager nominated doesn’t always work out, of course, but it can happen that the ship in turbulent waters simply gets righted, and the caretaker actually helps bring the club a tonne of success or even championships.

To help make sense of all of this, here are five of the best interim managers who made things far better when they took command of the club.

Guus Hiddink was clearly such a popular choice as the interim manager of Chelsea, that the club selected him twice to be a caretaker. After the firing of Luiz Felipe Scolari, Chelsea went with Hiddink from February to May 2009, and the Dutchman was an instant success. The situation was slightly more complex as Hiddink was also managing the Russian national team, which he helped lead to the semis of the Euro 2008 tournament, but he nevertheless took the Chelsea manager job for the time being.

Hiddink not only rattled off 11 wins from 13 Premier League matches, but also brought home the FA Cup for the club in the process. In 2015, Chelsea called his number again, and needed Hiddink to be the caretaker for six months after José Mourinho was sacked. Again, Hiddink was a hit, and even set a record for the longest streak without a loss for a new Premier League manager with 12.

A former football star in the Bundesliga during the 60s and 70s, Heynckes was a successful and hugely popular striker for Borussia Mönchengladbach, so it came as no surprise when he tried his hand at managing a club. Turns out, he was also pretty outstanding at that.

Heynckes was the official manager of Bayern Munich between 1987 and 1991, and while he bounced around performing other managerial jobs in Spain and other clubs in Germany, he would eventually return as an interim manager to Bayern not once, but three times.

Heynckes took over the reins at Bayern in 2009, from 2011 to 2013, and most recently 2017 to 2018. Although the 76-year-old has confirmed his retirement from managing football clubs many times, it appears as if he can finally put his feet up and relax from the sideline role.

During his stints as an interim football manager with Bayern Munich, Jupp Heynckes won the Bundesliga four times, the DFB Pokal once, DFL Supercup three times, and the Champions League in 2013 (also the runner-up in 2012).

Like many interim managers on this list, Flick was a player for the club he eventually became a caretaker for. A talented midfielder for Bayern during the late 80s, Flick won four Bundesliga titles before retiring as a player in 1993.

Flick’s managerial career started with 1899 Hoffenheim, then as an assistant for Red Bull Salzburg, and eventually an assistant to Joachim Löw for the German national team. In July 2019, Flick was named the assistant to Niko Kovač at Bayern Munich, but with the sudden departure of Kovač in November of the same year, Flick was given the interim manager spot.

Flick’s presence became an immediate boost for the club, as the 2019-20 season was incredibly successful with Bayern winning the Bundesliga, Champions League, and DFB Pokal. Much to the dismay of the club and its fans, Flick announced his departure from Bayern in 2021 to take over full managerial duties of the German national team.

As a manager for Bayern, Flick took home two Bundesliga titles, one DFB Pokal trophy, and one Champions League title. Let’s see if Flick can help bring a World Cup or Euro Cup trophy to Germany in the coming years.

It’s fair to say that most people know Zidane as one of the greatest midfielders of all time, as his list of achievements is as numerous as it is special. This list includes the Ballon d’Or in 1998, best FIFA men’s player award in 1998, 2000, and 2003, the Euro Cup and World Cup for France, a Champions League trophy and Spanish league title for Real Madrid, as well as two Italian league titles for Juventus.

Of course, let’s not forget Zidane’s amazing headbutt and red card in the 2006 World Cup final. With France and Italy 1-1 and only 10 minutes left in extra time, the infamous moment happened when Zidane headbutted Italian defender Marco Materazzi in the chest (of all places) and was sent off for the strange act.

Apparently, Materazzi had said something about Zidane’s sister as the two were walking down the pitch. Naturally, Zidane took offence and the rest is history. Italy would go on to win the World Cup after a penalty shootout and the headbutting moment has been immortalised in football lore. It remains a fantastic “what if” question had Zidane kept his cool and not been sent off. Would Zidane have scored in extra time or at least helped France get the victory in the shootout? We’ll never know.

Zidane has just as many accolades as an interim football manager as well, minus any headbutting incidents, thankfully. On January 4th 2016, Zidane took over managerial duties at Real Madrid when the club sacked former manager, Rafael Benítez. Not standing on ceremony, Zidane quickly led Real Madrid to become the winners of the 2016-17 Champions League.

Zidane and Real Madrid would enjoy a lot of accomplishments together, as they would win another two Champions League trophies and a La Liga title, but shock would come as the Frenchman announced his departure from the club on 31st May 2018. That retirement didn’t last very long, as Zidane returned as the interim manager and brought home yet another La Liga title for Real Madrid.

On 27th May 2021, Zidane declared his retirement yet again from managing and, it’s still up in the air if it’s for real this time. Yet at only 49 years of age, Zidane still has plenty of football experience and knowledge to give to younger players. In fact, it’s heavily rumoured that Zidane will manage French squad, Paris Saint-Germain, for the 2022-23 season. As of now, star players like Messi, Neymar, and Mbappé suit up for the Parisian team, so you’d have to like the chances of PSG with a stacked roster and Zidane taking care of business.

Another piece of drama at Chelsea was when manager André Villas-Boas was let go, but this time it was assistant Roberto Di Matteo who was named the interim manager in March 2012. At the time, Chelsea was far too behind in the Premier League and wouldn’t be able to catch the eventual winners, Manchester City, but they had hope in other tournaments. Di Matteo was, in fact, a former Chelsea player from 1996-2002, so he certainly knew a thing or two about how best to run the club.

Chelsea was down 3-1 after the first leg of their Champions League battle against Napoli, but under Di Matteo’s guidance, the Blues fought back in the next game 4-1, thereby winning 5-4 on aggregate and moving on to the quarter-finals. Chelsea dispatched Benfica easily enough and then defeated Barcelona in the semis, which meant Di Matteo brought the club to the Champions League final.

As expected, the final against Bayern Munich was tense and exciting, with the match finished 1-1 after extra time. In the end, Chelsea won the Champions League 4-3 on a penalty shootout and Di Matteo was practically a saint. Chelsea also won the FA Cup and as a result of the huge success, Di Matteo was officially given the manager role. But… he only lasted a few months, as despite the recent achievements, Di Matteo was sacked in November 2012. So much for job security, then.