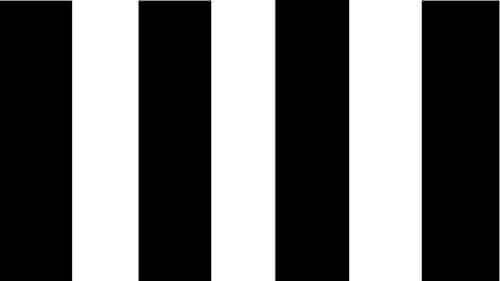 On the 7th of October 2021, the fate of Newcastle United FC changed forever. The club was taken over by a public investment fund, backed by Saudi Arabian Crown Prince- Mohamed Bin Salman. This has unhinged the Tyneside club from the clutches of Mike Ashley, who has never been popular amongst the Newcastle support.

This is because Ashley consistently showed no intent of financially backing his team in transfer windows, in order to get Newcastle challenging for European football and Premier League titles again.

A look back at Ashley’s reign

Before we talk Newcastle’s future, let’s have a little re-cap of Mike Ashley’s reign at Newcastle.

September 2008- Just six months later, Keegan and Newcastle parted ways once again. Due to disagreements over the club’s transfer policy. Subsequently, he went on to win a £2m pay-out for constructive dismissal. This leads to Ashley announcing that his new asset is up for sale, amid protests from angry supporters.

May 2009- Shearer is unable to prevent Newcastle’s relegation. He departed the club shortly after. Newcastle fans were expectedly furious with the state of affairs.

April 2010- The new decade begins with Newcastle winning promotion back to the Premier League, under the fine management of Chris Hughton.

September 2012- Ashley obscurely hands a whopping 8-year contract to Alan Pardew after he led the side to a fifth place finish.

March 2016- Ashley convinces one of Europe’s elite managers in Rafael Benitez to take over from McClaren as Newcastle manager.

May 2016- Benitez surprises Newcastle fans by agreeing to stay at the club, despite them being relegated to the Championship once again.

June 2019- Rafael Benitez sees out his contract and leaves Newcastle. In his two full Premier League seasons with the Magpies, he led his side to 10th and 13th placed league finishes. He was replaced the following month by former Sunderland boss Steve Bruce.

Saudis to the rescue

October 2021- After thirteen years of disappointment and disarray in the North East of England, Newcastle fans finally get the news they have been waiting for.

Newcastle’s new owners look likely to overhaul the whole squad and coaching team. There is already talk of a dismissal of Steve Bruce as manager. New owner Amanda Stavely and chairman Yasir Al-Rumayyan will be looking to make similar impacts to those made by Roman Abramovich and Sheikh Mansour at Chelsea and Man City respectively.

Under the laws of FFP (Financial Fair Play) Newcastle United will be able to spend £190m in the January transfer window with no repercussions. Everyone knows that clubs are less likely to part with players mid-way through a season. And if they do, it will likely be for a higher fee. There has been whispers that Newcastle will only opt to spend £50 million of that budget and save the rest for the summer. Then, they can begin their rebuild, likely under new management and a new Newcastle coach.

Players like Martin Dubravka, Allan Saint-Maximin, Joe Willock and Jamaal Lascelles will likely be the foundation of a new look Newcastle side. No doubt it will be looking to challenge for league titles in the next 3-5 years.

Across social media there has been some crazy speculation. Accordingly, players like Kylian Mbappe and Erling Haaland may move to Tyneside. This is all rumours of course and there is likely no substance to it. But it is very entertaining to see what people come up with when something of this scale happens in football.

It is most definitely an exciting time for Newcastle supporters. Most would agree (bar Sunderland fans) that they deserve it.