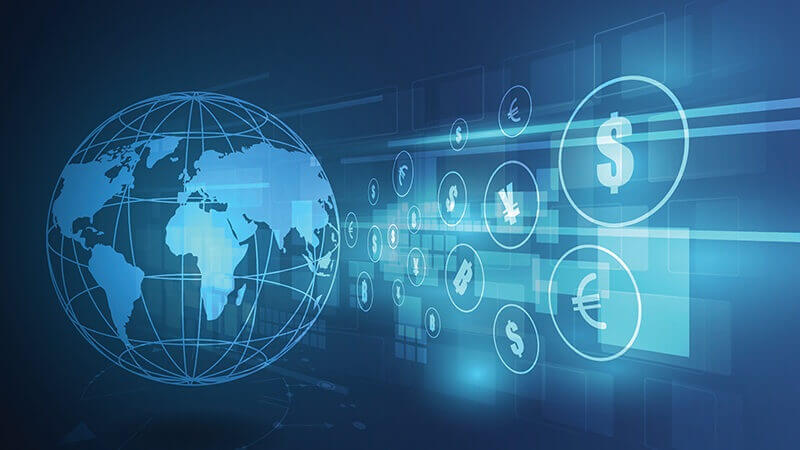 The top 15 of Premier League’s highest-valued players starts with a new transfer. The purchase of Raphaël Varane gives Manchester United a title-winning centre-back. He has numberous Champiosn League and La Liga titles at Real Madrid. In 2018, he became world champion with the French national team. But it’s not just the titles that have prompted them to sign him. Varane is one of the best centre-backs in the world and, after 10 seasons at the Spanish capital club, has plenty of valuable experience to contribute to United’s chase for the league title.

After City had no chance to catch up with Liverpool in the 2019/20 league race, Pep Guardiola decided to strengthen the team for 2020/21. Portuguese defender Rúben Dias joined from Benfica for around £61.20m. It would later prove to be the missing piece of the puzzle in his team building in the chase for the league title as no other club was really close to challenging. For his efforts on the pitch during the season, he was awarded the Premier League’s Best Player and Footballer of the Year awards. In 2021/22, he will make his second year at Manchester City and will most likely continue to be one of the team’s most important players.

Trent Alexander-Arnold has had a tough season last year. The 22-year-old didn’t have the capacity to shine in a poor Liverpool campaign 2020/21. Moreover, Alexander-Arnold ended up not being selected for England’s national team squad for the European Championships. Liverpool have started well into the new campaign and it is going to be another chance for the defender to prove himself, with Virgil Van Dijk being back in defence. Therewith, Alexander-Arnold can concentrate on what he does best: being more involved in the attacking game.

Mason Mount is considered one of the biggest attacking talents in England. Mount made his debut for Chelsea during Frank Lampard’s time at the club. He had played his first league game during the away match against Manchester United in the opening round of the 2019/20 Premier League. They lost 0-4. A tough start, but in the following game when they took on Leicester at home he scored his first goal. During Lampard’s time at the club, it became his trademark to step up and decide games when no one else was performing. Now that Tuchel is coach of the London team, he is a regular starter and has proven himself as indispensable to the club.

David Silva was one of the best players during his time at Manchester City and the Premier League. Last summer however, he brought Pep Guardiola into the trouble of finding a replacement, when he left the club. Pep did so with the young and promising midfielder Phil Foden. During Silva’s time in the team, he had been given a few chances to start, but mostly through short stints. His playing time increased in 2020/21 and he was given the chance in the starting eleven more often. During the season, he emerged into a starter and even earned himself a place in England’s squad for the EURO. For 2021/22, he will be one of Guardiola’s most important players in the chase for the league title.

23-year-old Marcus Rashford is going into his seventh season for Manchester United. The man who spotted him and gave him the chance in the first place was Louis Van Gaal. The Dutch coach’s time at the clubwas perhaps not the most successful one. But without him, most of the players from the youth team would not be playing for United today. Rashford has delivered every season since making his debut in 2015/16, scoring 11 goals in 2020/21 and 17 in 2019/20, his highest tally to date. Accordingly, Rashford finds himself in the top 10 of the Premier League’s highest-valued players in 2021/22.

Sadio Mané began his adventure in the Premier League when he joined Southampton in 2014, where he stayed two years before Liverpool decided to buy him in 2016. Ever since, Mané has been on an incredible journey during his time at Anfield. In 2018/19 he shared the Premier League scoring title alongside Pierre-Emerick Aubameyang and teammate Mohamed Salah who all scored on 22 goals each. In the same year, he was also a crucial player in winning the Champions League title. The same applies to the 2019/20 season, when Liverpool won the first league title in 30 years.

Heung-Min Son was brought in by Mauricio Pochettino ahead of the 2015/16 season from Bundesliga club, Bayer Leverkusen. In his first year with the London team, he only scored 4 goals. He stepped up in his second year however, and became one of the team’s most important players as he increased the offensive output by scoring 14 goals. The development curve has since only pointed upwards for the South Korean, who is now one of the Premier League’s best strikers. Just recently, Son showed his loyalty to Tottenham Hotspur, when he signed a new contract ahead of 2021/22 that will see him stay until 2025.

Raheem Sterling has been one of the most important attacking players for Manchester City for several seasons in a row. 2017/18, 2018/19 and 2019/20 were his most successful years with the team. He averaged over 15 goals scored in all these seasons. After finding the back of the net only ten times in last year’s campaign, there were rumours about Pep Guardiola being ready to sell him. During this summer’s EURO however, he managed to show his class once again. Accordingly, he stepped in as one England’s best players during the tournament. Despite a poorer 2020/21 season behind him, he is still one of the league’s highest valued players.

After a couple of seasons full of rumours about a transfer of Bruno Fernandes into the Premier League, United had finally secured the acquisition of him by paying the Portuguese capital club about £56.70 million. In January 2020, he arrived in Manchester. Ever since he has perhaps been the best signing ever in the Premier League. The 2020/21 season saw him play his first full season in the English top flight. His 18 goals scored put him third in the scoring charts behind winner Harry Kane and runner-up Mohamed Salah.

Spot to five of Premier League’s highest-valued players 2021/22 are all tagged at £90 million. Signed by Chelsea back in 2014, Mo Salah was everything but a a big success. Roma bought him out in 2016. He spent a year at the Italian capital before joining Liverpool for the 2017/18 season. Salah’s career took off under coach Jürgen Klopp. He won goal scorer award twice in a row and could lift the Champions League title. Perhaps his greatest achievement came when he helped leading his club to the first league title in 30 years in 2019/20. Salah remains Liverpool’s most important attacking player.

Kevin De Bruyne is the most important attacking player in the system of Manchester City. The team’s offensive stands or falls with him. Without his creativity and assists, City wouldn’t be where they are at today. After signing for Chelsea at an early stage of his career, De Bruyne went through a couple of loans. During his time in the Bundesliga, he stepped up his game at Bremen and Wolfsburg and became one of the best attacking midfielders in Europe.

With the purchase of Romelu Lukaku, Chelsea get one of the best strikers in the world. Lukaku’s last adventure in the English league at Manchester United was a fail, which is why many Chelsea fans are still reserved about the transfer. However, he returns with an Italian league title under his belt. One to which he contributed significantly with 24 league goals and 11 assists. In addition, he was really good during this summer’s EURO’s. He could be the final piece of the puzzle to be in contention for the league title for Chelsea.

Since 2017, the now 21-year-old Jadon Sancho has been playing for Borussia Dortmund. For about as long there have been rumours every transfer window that he is going to Manchester United. The transfer saga came to an end this summer when the Red Devils laid out the money the Bundesliga club was asking for. The transfer fee landed at around £76.50 million. With the purchase of Sancho, United now has one of the most promising attacking players in England in their rows. It remains to be seen whether he lives up to the price tag in his debut season in the Premier League.

For anyone who follows the Premier League closely knows that Harry Kane won both the assists and goalscoring charts last season. Now it seems slightly more uncertain whether we will continue to see him in the Tottenham jersey, as rumours point towards a move to Manchester City. Whichever club he continues his career at, he is at his peak at the moment and his abilities in front of the goal are likely last for a few more years. That makes him one of the league’s most attractive players to have in the team. Accordingly, Harry Kane is Transfermarkt’s Premier League’s highest-valued players.