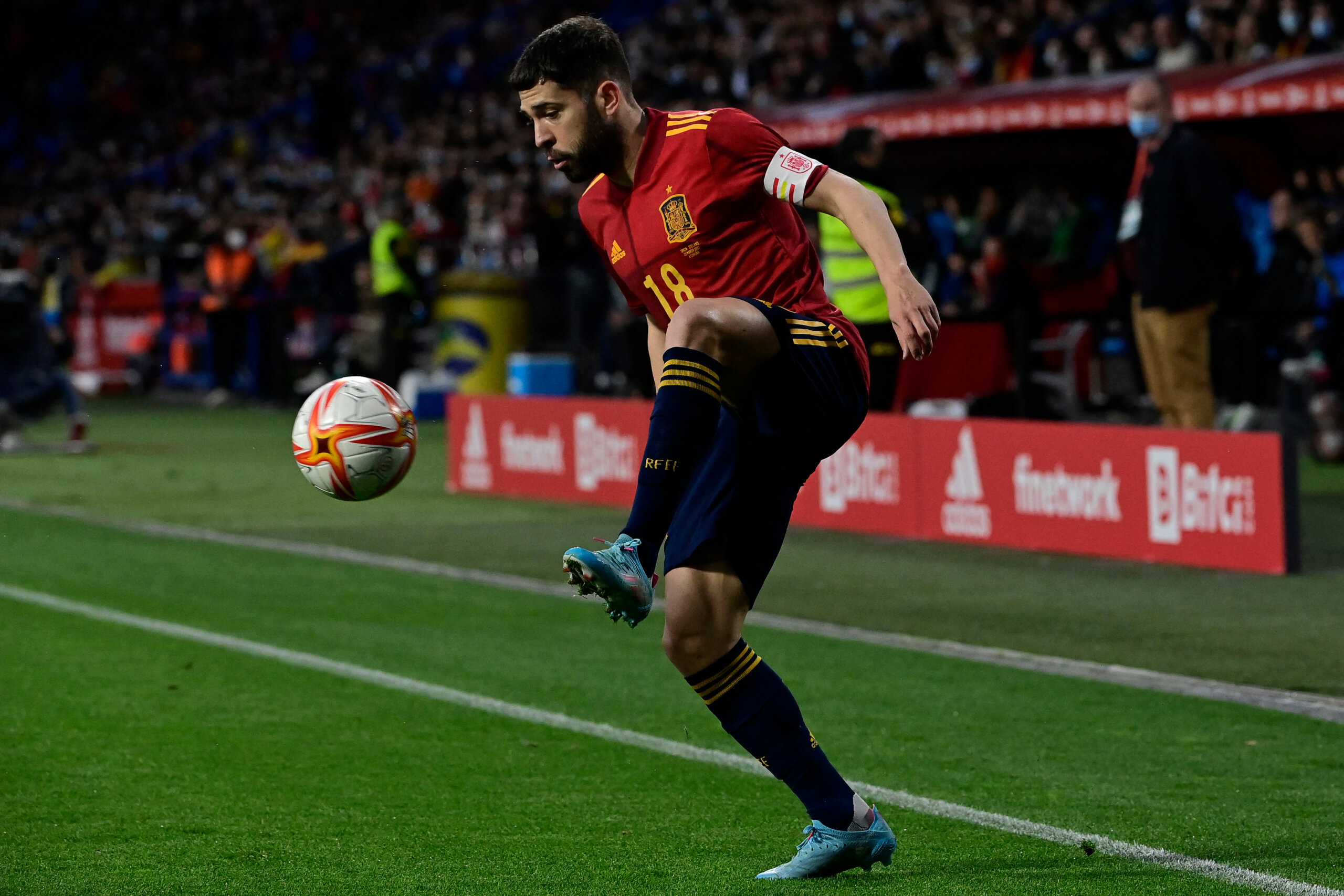 World Cup Round of 16 Odds, Preview and Tips

After a group stage full of action, football fans are now browsing the World Cup round of 16 betting odds to try to find some winning wagers.

Japan vs Croatia and Morocco vs Spain are coming up – so let’s try to find some great value bets.

Japan have been one of the biggest stories of the World Cup so far. An opening group game win over Germany registered one of the shocks of the tournament, before a loss to Costa Rica left the Asian side on the brink of an early exit. But Thursday’s extraordinary 2-1 comeback win over Spain booked Japan’s place in the round of 16, which they have reached three times without ever going any further.

A concern for coach Hajime Moriyasu will be the fact Japan have conceded at least one goal in all three of their games at Qatar 2022 so far, indicating there are issues with his defence Croatia could exploit. Maya Yoshida, who Premier League fans will remember from his time at Southampton, has played well at the back but the veteran, at the age of 34, lacks pace and this could be an area for Japan to worry about.

At the other end of the pitch, Ritsu Doan has been the most impressive performer for Japan. Even though he has only started one of their three matches so far, he is their top scorer with two goals. Doan will surely be given a place in Moriyasu’s team for the round of 16 clash against Croatia on Monday.

Unfortunately, Japan will have to plan without the influential Ko Itakura, with the 25-year-old set to miss the round of 16 clash through suspension after he collected his second World Cup booking against Spain.

Croatia made it all the way to the final of Russia 2018 but, four years later, Qatar 2022 has been a slog. A pair of goalless draws have sandwiched the impressive 4-1 win over Canada that ensured Zlatko Dalic’s side would be able to progress to the next round, albeit only as runners-up on a night of high drama.

Holding Belgium at bay made sure Croatia would stay in the competition but they were grateful that substitute striker Romelu Lukaku missed a string of great chances to score a decisive goal for his side.

Croatia’s midfield remains their strength with the former Ballon d’Or winner Luka Modric remaining the beating heartbeat of their side. Even at the age of 37, Modric’s quality on the ball has not dipped and he is their best chance of opening up the Japanese defence with his deft range of passing skills.

Up front is perhaps where Dalic has the main selection dilemma for Monday’s meeting with Japan. Andrej Kramaric has had a decent World Cup, scoring twice against Canada, but the attack looked short of goal threat in both the goalless draws against Morocco and Belgium that bookended the group stage.

Croatia are clear favourites in the World Cup round of 16 betting, reflecting the fact they were again expected to go deep into the tournament after they were runners-up under Dalic four years ago.

Japan’s relative lack of knockout round experience is likely to count against them, though Moriyasu is a smart coach who will have his team ready for everything that Croatia are able to throw at them.

Nobody should write off Japan’s chances after they somehow won a group containing Spain and Germany after beating both of the European heavyweights either side of that defeat to Costa Rica.

Japan vs Croatia odds at 888Sport

While half of the group games involving these two sides saw over 2.5 goals land, this game seems certain to be a close affair, potentially decided by a single strike. Under 2.5 goals at 4/7 with 888Sport is not the best price but seems very likely to land, so this is a strong selection with which to kick things off.

Croatia’s extra quality should see them go through. At 21/20 with 888Sport, Croatia are good value to win the game in 90 minutes, though drawing a blank in two of their three group games is a concern.

Few would have tipped Morocco to be one of the breakout teams of Qatar 2022, but they became the first African team to top their group having taken seven points from their games in a challenging pool.

The north African side have been outstanding at the tournament, following up a tense opening group game against Croatia that ended in a goalless draw with victories over both Belgium and Canada.

Morocco have only conceded a single goal in their three matches at Qatar 2022 so far, which shows their strength. The fact that goal was something of a lucky one for Canada, bouncing in off Morocco defender Nayef Aguerd – the first own goal of the tournament – indicates how hard they have been to break down.

The lung-bursting runs from buccaneering right-back Achraf Hakimi has been one of the defining traits of Morocco’s games at the competition, while striker Youssef En-Nesyri found form in the decisive group game win over Canada, scoring one goal and seeing one more ruled out by the offside flag as well.

Recalling Hakim Ziyech has been one of the key decisions made by the Morocco coach Walid Regragui. Ziyech appeared set to miss out on Qatar 2022 before Regragui took charge this year, but the forward’s fine form has been crucial for Morocco, providing a goal and assist to help his side reach the last 16.

Spain have had a strange tournament. Opening up with a 7-0 demolition of Costa Rica – who went on to beat group winners Japan in their next game – suggested they would be one of the teams to beat. But they were then held to a 1-1 draw against fellow European giant Germany before losing to Japan, despite having taken the lead against the Asian side in what had been a dominant first-half performance.

Luis Enrique’s Twitch streams have been making headlines throughout the World Cup – along with his shirtless thirst traps posted to Instagram – but the coach’s decisions on the pitch are in the spotlight.

Spain have rotated their forward options through the tournament but they appear to be at their most dangerous when Alvaro Morata leads the line as a more traditional type of number nine. Morata has scored three goals at the tournament, putting him joint-top of the goals standings in the race to win the Golden Boot, and he will surely be given the nod up top instead of Marco Asensio against Morocco.

While Spain have featured some of the youngest teams in World Cup history this year – the Barcelona youngsters Gavi and Pedri have been key in midfield – it is arguably their veterans who have been the most important players. The heartbeat of their team is still Sergio Busquets, meaning that the Manchester City midfielder Rodri has instead been used in a central defensive role, while Cesar Azpilicueta and Jordi Alba are over 30 but have enjoyed strong performances at the World Cup so far.

On paper, this should not be much of a contest, with Spain perennial contenders and Morocco in the round of 16 for only the second time in their history. According to the World Cup round of 16 betting odds, Spain are very strong favourites to win, with 888Sport offering 8/15 for them to win in 90 minutes.

Better value might be found elsewhere. At 8/13, under 2.5 goals is a good place to start considering Morocco have conceded just once and are likely to sit in a low block, inviting Spain to break them down.

Morocco vs Spain odds at 888Sport

Odds of 29/20 on Morocco +1 from the handicap markets also offer another potential option. Morocco have been brilliant at Qatar 2022 and it is hard to see them crumbling in the same way Costa Rica did against the passing carousels of Spain in the opening group game. Beating them will be a tougher task. Those who want to back the favourites could take the price of 6/5 with 888Sport for Spain to win to nil.

Morata seems the most likely scorer for Spain and he is pretty decent value at 6/4 to score any time. The 35/2 for Morata to score the only goal in a 1-0 win for Spain is also a top scorecast option for this one.