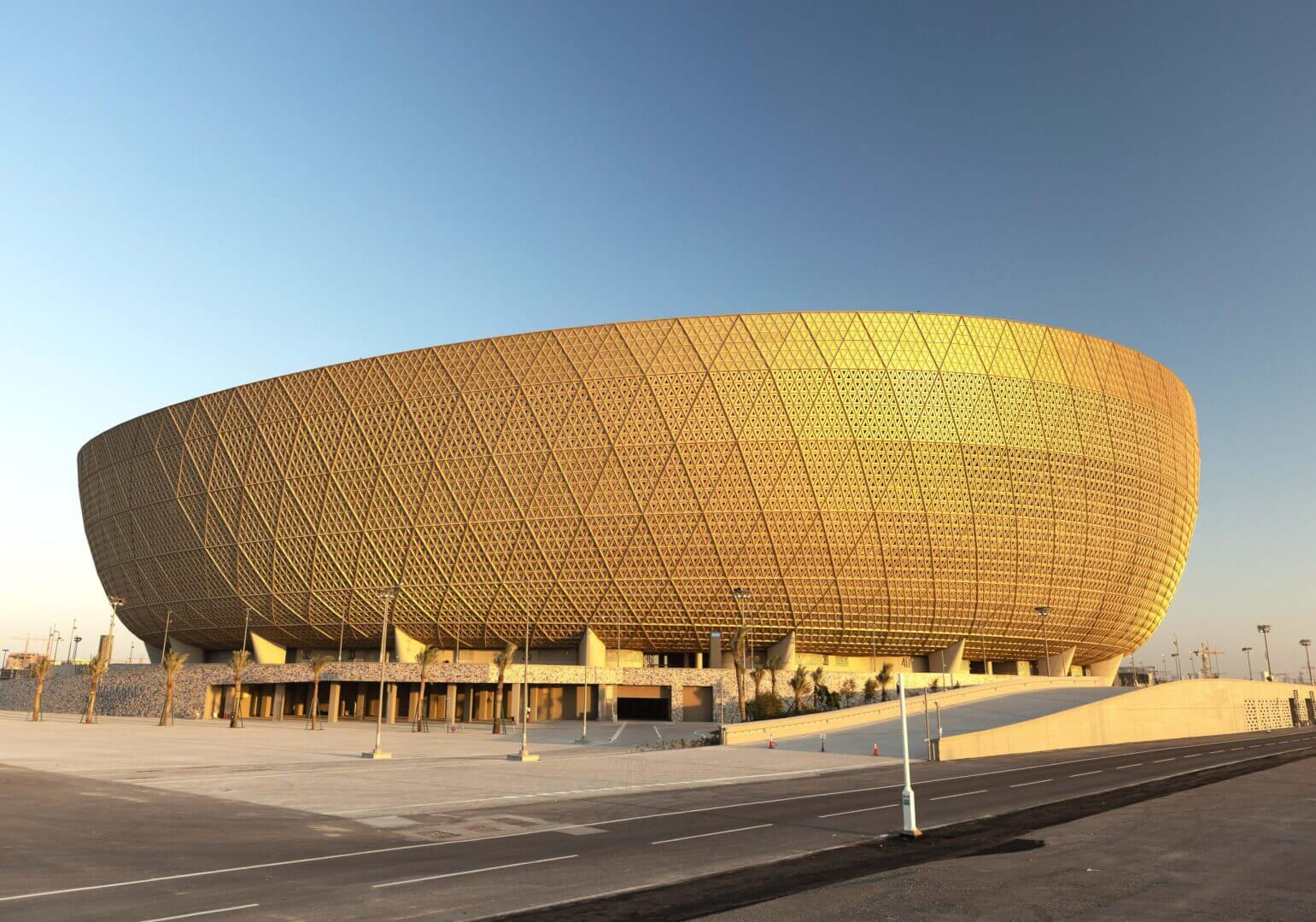 Every Stadium for the World Cup Qatar 2022

The 2022 World Cup will be held in Qatar from November 21st to December 18th. Eight different stadiums will be part of the country’s first World Cup.

In this article, you will find all the information and facts regarding the World Cup Qatar 2022 stadiums. Let us know which stadium you like the most!

Corruption and human rights violations are usually the focus of reporting when it comes to the planning, construction, and completion of the 2022 World Cup stadiums in Qatar.

A total of around 17 billion Qatari riyals, or four billion euros, are said to have been invested.

It is estimated that seven of the eight stadiums at the 2022 World Cup will be cooled by fossil fuels, which are also used in everyday life in Qatar. Ironically, this contrasts with the first climate-neutral World Cup proclaimed by Qatar and FIFA. “Reduction of emissions, energy-efficient stadiums and short transport routes” are intended to compensate for the energy-intensive cooling.

Climate neutrality is achieved through a balance between the emission of greenhouse gases and the ability of the ecosystem to absorb them.

The World Cup Qatar 2022 final on December 18th will be held at the Lusail Iconic Stadium. With a capacity of 80,000 spectators, it is by far the largest stadium at the 2022 World Cup.

Completed in 2021, it is located in the planned city of Lusail, 15 kilometers north of Doha.

The World Cup Qatar 2022 will kick off on November 21st. Curiously, the Qatari international team were stripped of the actual opening game. Instead, the World Cup will commence with an encounter between Senegal and the Netherlands. The official opening game between Qatar and Ecuador with the opening ceremony before kick-off will take place later on that same day.

The Al-Bayt Stadium, which is about 60 kilometers away from Doha, was chosen for this. The stadium’s name and layout are inspired by the tents of the Bedouins, a centuries-old desert nomadic group. The stadium can host up to 60,000 spectators.

The Al Thumama Stadium is location just 12 kilometers from central Doha. The arena is inspired by the gahfiya, the traditional head covering worn by Arab men. 40,000 spectators will be able to attend games being played at the Al Thumama Stadium during the World Cup Qatar in 2022. After the tournament, the capacity will be halved.

Before the World Cup, major events such as the FIFA Club World Cup 2019, the Emir Cup, the Asian Games, the Gulf Cup, and the AFC Asian Cup took place here.

As the name suggests, Education City Stadium is located in an area dotted with modern and internationally leading universities. The facade of the stadium consists of triangles filled with patterns. The stadium can host up to 40,000 spectators.

Similarly to the Al Thumama Stadium, 20,000 seats will be removed after the World Cup and will be donated to the construction of stadiums in developing countries.

The second sports venue in Doha’s Al Rayyan district, right next to the Mall of Qatar, is the Ahman Bin Ali Stadium. It features a wavy facade decorated with symbols from Qatari culture. At night, the arena lights up in different colors.

Ahmad bin Ali Stadium will also host the intercontinental playoffs on June 7th, 13th and 14th. After the World Cup, around half of the 40,000 places will be reduced.

Al-Janoub Stadium was opened in 2019 with the final of the Emir Cup. Like many other World Cup 2022 stadiums, it has a capacity of 40,000 seats. Here, too, this should be reduced to half after the tournament.

The shape of the roof is inspired by traditional dhow boats that navigate the Gulf of Qatar. These boats have long been used for traditional pearl diving and fishing at the venue, Al Wakrah.

Perhaps the most spectacular stadium of the 2022 World Cup is located directly on the waterfront of Doha, opposite the city’s pompous skyline.

Even more remarkable is that the Ras Abu Aboud Stadium was built from 975 shipping containers and other reusable materials. These are to be used for other construction projects in the country after the World Cup. The stadium’s nickname “974” stands for Qatar’s international telephone code.

These are the eight stadiums for the World Cup Qatar 2022. The background to the manufacture and construction of the arenas remains questionable. However, there is no denying that some of the stadiums have turned out beautifully and look spectacular. Which of these stadiums do you like the best? Let us know in the comments!