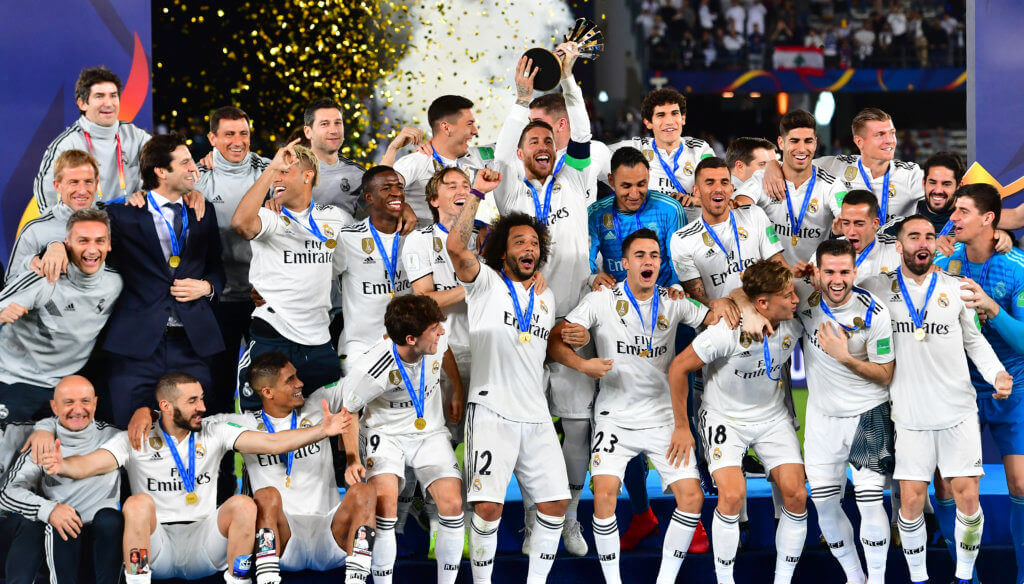 FIFA Club World Cup 2019 – match schedule and where to watch

This year, Qatar will host the tournament in two different venues in its capital, Doha. The tournament kicks off 11 December and will be wrapped up just days before Christmas, 21 December.

As usual, this promises to be an exciting event with plenty of good matches. Read on to see this year’s match schedule and learn more about FIFA as an organisation and this year’s edition of FIFA Club World Cup.

FIFA, or Fédération Internationale de Football Association, is a non-profit organisation which describes itself as the governing body of football, fútsal, beach soccer, and efootball.

The organisation was founded in 1904 and is the highest governing body of football. The founding members were national associations from Belgium, Denmark, France and The Netherlands.

The organisation has several goals, one of which is to grow football internationally.

FIFA has also set out to ensure football is accessible to everyone and advocate for integrity and fair play.

The organisation generates revenue from large sponsorships and last year FIFA declared revenues of $4.6 billion. Not very surprising considering the organisation is responsible for the sports major international tournaments.

FIFA has its headquarters in Zürich, and its supreme body is the FIFA Congress. The Congress is made up of representatives from each member association. Every national football association has one vote, and the Congress assembles once every year.

The FIFA Congress makes decisions related to the organisation’s laws and how they are to be implemented and applied. It also elects the FIFA president, its general secretary and other members of FIFA Council. A new election is held the year following every FIFA World Cup.

The FIFA Council is the organisation’s main decision-making body. The Council is made up of 37 people and decides which country will get to host the World Cup.

FIFA hosts the next two tournaments in Qatar

This year marks the 16th edition of the FIFA Club World Cup.

It took some time for FIFA to disclose which country would host the FIFA Club World Cup, but on the 3rd of June, the organisation announced that Qatar would be hosting the next two tournaments. These two events will serve as test events leading up to the 2022 FIFA World Cup.

Despite being held in the smallest country so far the tournament in Qatar presented by Alibaba Cloud promises to be an exciting tournament. With seven participating teams going head-to-head in state-of-the-art stadiums, FIFA’s promising a “tournament like no other”. And in a few days, these teams will battle it out for this year’s FIFA Club World Cup Championship title.

However, when the opening of Education City Stadium was postponed until early 2020, all matches were moved to Khalifa International Stadium. If everything goes according to plan, FIFA will be returning to Qatar for the 2022 FIFA World Cup, and most likely Qatar will put its brand-new stadium to good use then.

Some matches have already been set while the others are obviously still to be determined by the tournament results. Liverpool FC is booked against a yet unknown challenger in the semi-finals. Here’s a look at the full match schedule:

How to watch the 2019 FIFA Club World Cup

There are many ways to watch the 2019 FIFA Club World Cup. You can see the matches on BBC Red Button and BBC Sports Online.

CBS Sports is also an option. If you prefer to watch the FIFA Club World Cup here, you’ll need to download the app, sign up and pay for a subscription.