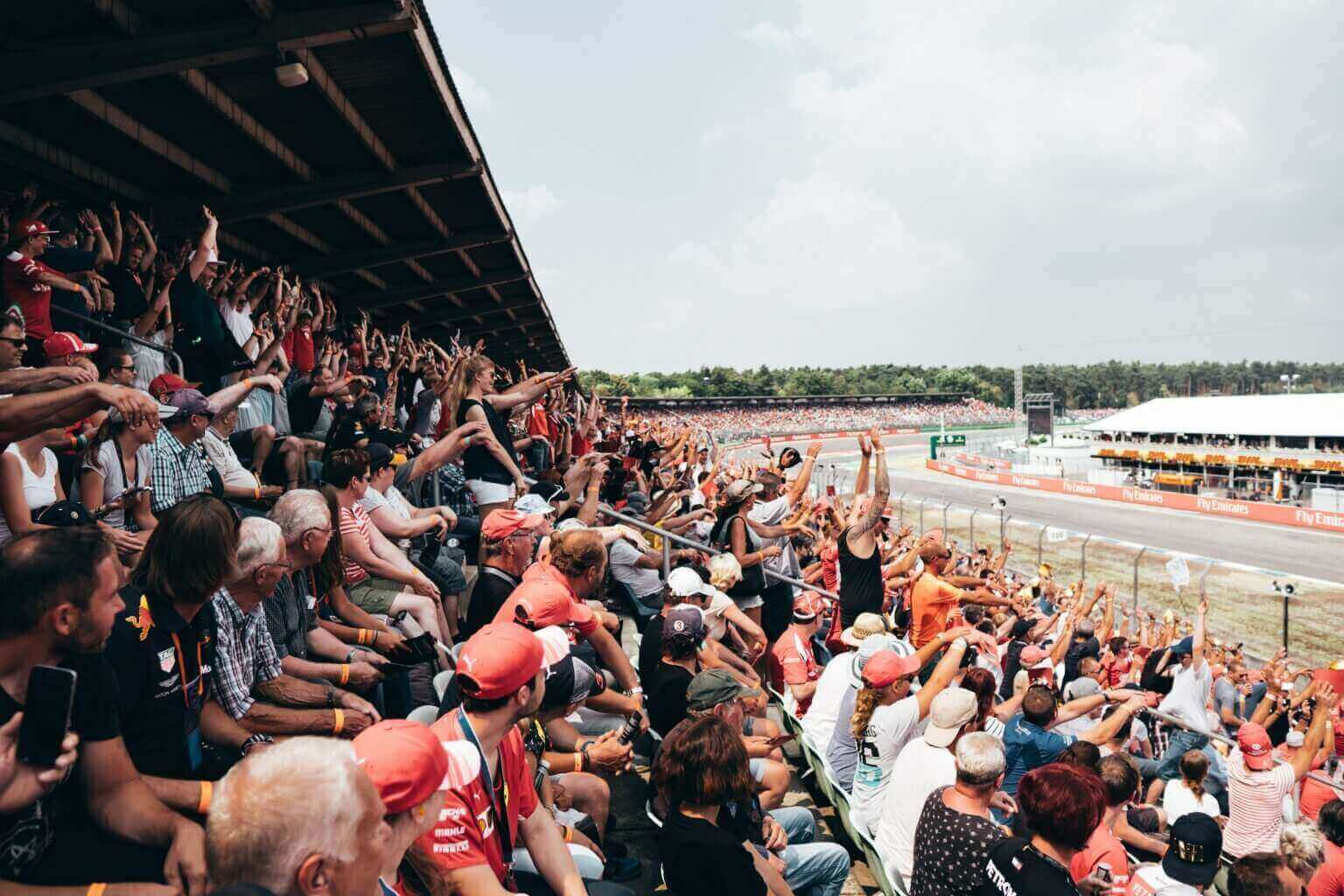 Is there ever a dull moment in Formula One? Judging from the last race… definitely not. The French GP is over, but next up in F1 is the Hungarian Grand Prix.

We’ve no doubt that the drivers will be relaxing in the many thermal spas in Budapest before the race, but they better be ready because this season is only getting started.

Here is a quick summary of what happened in the French F1 race.

This was really a race that Ferrari’s Charles Leclerc needed to win to close the gap between himself and Max Verstappen in the standings.

But yet… it just wasn’t to be for Leclerc, as despite starting on pole and looking good early in the contest, Ferrari’s No. 1 driver crashed into the barrier on Lap 17 and was out of the race.

Predictably, it was Red Bull’s Verstappen capitalising on Leclerc’s mistake and picking up his seventh victory of the 2022 season to extend the championship gap by 63 points. Verstappen was calm and in control for the entire race and truly earned this huge win.

One of the most pleasant surprises of the French Grand Prix was the first double podium of the season for Mercedes, with Lewis Hamilton and George Russell finishing in second and third place, respectively.

Mercedes has looked better in the last five races since their horrid start to 2022, and while a championship is unlikely for either driver, it’s a promising glimpse into the team’s future for next season.

Elsewhere, Red Bull’s Sergio Perez came in fourth and Ferrari’s Carlos Sainz ended the race in fifth. So, even if Leclerc didn’t finish the contest, at least Ferrari picked up some points in the French GP.

Venue, time, & where to watch the F1 Hungarian Grand Prix

The F1 Hungarian race in 2022 will happen at the Hungaroring on Sunday 31st July. UK viewers can watch the race at 2pm on Sky Sports F1. The full racing schedule is below.

The Hungaroring is yet another old racing circuit on the F1 calendar, having had the first contest there back in 1986. The race consists of 70 laps and the track length is 4.381km long. The current lap record is 1:16.627 by Lewis Hamilton in 2020.

While there is one long straight at the start of the Hungaroring, the circuit is famous for having a slower pace with many twisty corners. Horsepower isn’t exactly the key here, but rather a sturdy chassis and a driver in the cockpit able to handle the tough levels of G-force when turning into the corners.

It’s not to say that the Hungary GP won’t be fast and frantic, but it’s a track more about precision than speed. Drivers will often have to look in their side mirrors to stay aware of opponents attempting overtaking manoeuvres on the several available turns on the circuit.

These are some of the biggest discussions before things get underway in the F1 Hungarian Grand Prix in 2022.

The Hungarian track does have a few overtaking options, but that also means that the driver at the head of the pack can defend his position well enough. A first place in qualifying for Hungary is crucial for a strong start and to build a lead.

Ferrari has been great in qualifying sessions all year, and even if the team can falter in the race, a P1 here in Hungary would do wonders for a possible Leclerc victory.

Verstappen and Red Bull never seem overly concerned about where Ferrari is placed at the start of the race, as they have the power and speed to win anywhere. But Hungary is not exactly the track built for Red Bull cars, so Ferrari would love a P1 and P2 to take off points from Verstappen.

Are Mercedes better than Ferrari?

No one would have said this at the start of the season, but the chatter is picking up about whether Mercedes can become better than Ferrari in the second half of the season.

Neither team has much of a chance to defeat the rampaging Red Bull, but Mercedes has been more reliable of late and is constantly improving the car via minor adjustments.

Hamilton and Russell are hard to stop right now, and it’s only a matter of time before one of these great drivers gets his first win of the season – it could certainly happen in Hungary.

It has recently been announced that four-time F1 champion, Sebastian Vettel, will retire at the end of the 2022 season.

Vettel won his four championships with Red Bull and could have gone down as one of the greatest drivers of all time after his switch to Ferrari, however, he and the team just couldn’t replicate the same success. Vettel spent six frustrating years with Ferrari before moving to Aston Martin, where he had even fewer triumphs.

Vettel has been racing for 15 years and has been a hugely popular driver for his entire career, and while it’s a shame he couldn’t find the same level of competitiveness outside of Red Bull, he’s still regarded as a Formula One star.

“The decision to retire has been a difficult one for me to take, and I have spent a lot of time thinking about it; at the end of the year I want to take some more time to reflect on what I will focus on next; it is very clear to me that I want to spend more time with my family,” said Vettel on social media.

Predicted outcome for the Hungarian F1 race in 2022

There are a few things to bear in mind before the start of the Hungarian GP. The first is that there’s a long break before the next race in Belgium on August 28th, as the teams and drivers have a decent summer pause (hey, they need time off too). This means that everyone will want to go out on a high and have the upper hand while relaxing in the mini recess.

The second fact is that the weather forecast for the race isn’t exactly good news. While the temperature will be 27°C, there is still a high chance of rain predicted for the afternoon. Hopefully no rain will disrupt the race, but it may well cause a lot of drama regarding which tyre to select.

Even with the memories of the last race still fresh in everyone’s heads, Ferrari is considered the favourite for Hungary. This is because Ferrari’s car has arguably the best cornering of any team, and this particular track is chock full of turns.

Leclerc would love a win before the summer break and certainly has the capability to get one, so we think it will be a bounce-back race for Ferrari. We’ll predict Leclerc first, Hamilton second, and Verstappen third.

Looking to place a bet? Head over to LeoVegas for some great odds!